The Oldest Cards in My Yankees Collection

As I have been organizing my Yankees collection. I have found some neat cards I completely forgotten I had. Since I am still working on my Topps base sets, I managed to find these two beauties in the Topps box and are the oldest cards I own. Both cards are well loved, but are in pretty good shape for being over 54 years old. Again, my apologies for the terrible pics as my camera is still MIA and I had to use the crummy camera on my blackberry (Me thinks it's time to upgrade to an EVO) 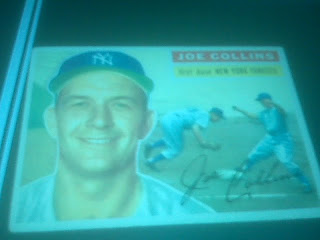 Here is a 1956 Topps card of Yankees 1st baseman Joe Collins. Collins was a member of 6 World Championship teams in his 10 years in the Majors, all with the Yankees. He was a first baseman most of his career, but did play the outfield as well. Collins batted .256 with 86 home runs and 329 RBI's. Collins did hit 4 home runs in his World Series Career, including 2 during the 1955 World Series that saw the Brooklyn Dodgers finally beat the Yankees in 7 games. Collins finished his career on September 29, 1957 going 0-4, with a strikeout, in a 3-2 loss to the Red Sox at Fenway Park. He was traded to the Philadelphia Phillies at the start of the 1958 season, but decided to retire rather than play in Philly. He passed away on August 30th 1989 in Union Township, NJ. 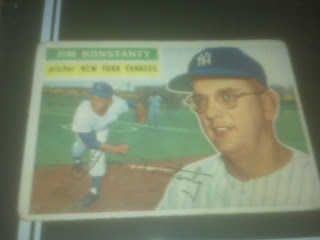 Here's a 1956 Topps card of Jim Konstanty. Konstanty was a relief pitcher who played for the Reds, The Braves, The Phillies, Yankees and Cardinals. He was an important member of the 1950 National League Champion Philadelphia Phillies "Whiz Kids" appearing in a then ML record 74 games, winning 16 and saving 22. He started game one of the 1950 World Series against the Yankees, losing to Vic Raschi 1-0 pitching 8 innings, allowing one run and 4 hits. During the 1950 season, he was named to the NL All Star team and won the 1950 National League MVP award. He was traded to the Yankees during the 1954 season and played 2 seasons in New York. He then pitched for the Cardinals before ending his career with the San Fransisco Seals of the PCL. Konstanty passed away on June 11th, 1956 at the age of 59.
When I came across these cards, I extremely excited as I didn't think I had any that were older than 1962. I did find some cards from the 1959 set, which I will blog about at a later date. To me, the Topps cards from the 50's are some of the most beautiful cards ever produced, with the '55 set being my personal favorite. These two cards, aside from dog ears and relitive age, are in pretty good condition. There are no stains or creases on either card. I have them in top loaders untill I can find pocket sleeves that will fit the cards, as they are larger than most card sets.
Wonder what else I'll find during the organization.....

Posted by Yankeejetsfan at 1:34 PM No comments: 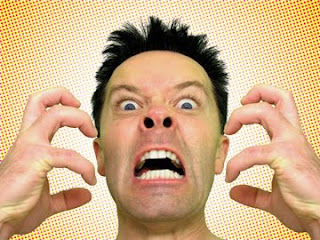 So, I'm a week into the card organizing and I have to say, it's more work than I imagined and I'm only working on Topps main sets. It's a bit frustrating, but fun at the same time as I am finding cards I didn't even know I had.

I had decided to start off with just organizing the Topps sets I have. I have cards from these sets that go back to 1956. Mind you, not all these sets are complete, nor do I have cards from every year. But completing these set will be a fun challenge. Only problem I see is that not all these sets will ever be complete. Unless I hit the lottery or find a very generous benefactor, I will not be adding a 1952 Topps Mickey Mantle rookie card to my collection or any of his cards for that matter. Heck, all his other cards would put a serious hurting on my bank account, so unless I find a deal, Mantle's 1950's and 1960's cards will probably not be added to my collection anytime soon. Doesn't mean I can't have a nice collection. Right now, my main focus is on cards released from 1970-present. whenever I can add a nice vintage card, at the right price, I will.

I started looking through all my boxes and pulling out all Topps main set cards. and organizing them in piles by year. After pulling the duplicates, I placed the cards in 9 pocket sleeve pages and placed them in order by year. So far, I have most of the 1970's done. I have cards from the 80's, 90's and new millenium already put in pages, I just have to go through them and make sure there are no inserts or dups. Then I have some 60's cards to organize. I hope to be done with all this within the next week or so.

After, it will be on to the other Topps sets like Allen & Ginter, Heritage, etc. That will take a while. I'm so not looking forward to tackling Upper Deck. at this rate, it will be the start of the 2011 season before I'm done.

Posted by Yankeejetsfan at 10:55 AM No comments: