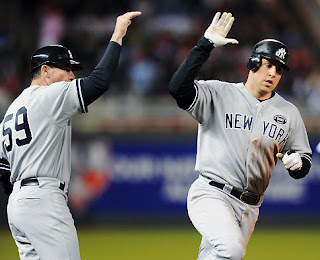 A great come from behind win by the Yankees put me to bed with a smile on my face. My favorite player, Mark Teixeira crushing a pitch over the Right Field fence which gave the Yankees back the lead and ultimately the game had me giddy like you wouldn't believe. However, something about that home run made me queasy. In fact, the whole game kinda bored me and it had nothing to do with the actual game it's self.

TNT had the brilliant idea to put Ernie Johnson, it's in studio basketball host, to be the main play by play announcer during it's coverage of the playoffs and, lucky me, he gets to work the Yankees-Twins series with John Smoltz and Ron Darling. Now, on paper, it's an upgrade from last seasons announce team of Chip Carey and Ron Darling. Darling was not the issue. He's quickly surpassing Tim McCarver as the best color guy in the game. I enjoy listening to him and will on occasion, watch the Mets so I can listen to him, even if I have to deal with the ramblings of Keith Hernandez. Chip Carey, on the other hand, was nauseating. I intentionally went to bars to watch the games, just so I couldn't hear him speak. when I heard that TNT fired him, I was beyond pleased. Then I heard Ernie Johnson speak. Now I'm wishing I was deaf. The home run call of Teixeira sounded like he was either not paying attention or just didnt care. I'm not asking for John Sterling over the top home run calls, but jeeze, it came at an important part of the game, at least make it seem like it. I wanted to reserve judgement on Johnson for another game, but it got me thinking about the Yankee Broadcasters.

If you watch, or listen to a Yankees game on either YES Network or the Yankees Radio Network, you will probably know that Yankee broadcasters are not really considered top notch. I miss the days of Bill White, Phil Rizzuto and Frank Messer when Yankee games were enjoyable to listen to. Bobby Murcer was a good one too, God rest his soul. The some of the announcers the Yankees have arent easy to listen to. If I owned the Yankees, heres who I would have doing the games: 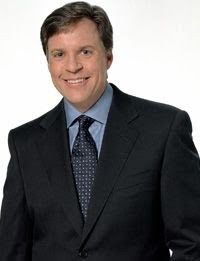 You can't go wrong with having Bob Costas as the lead announcer. He doing basball games for MLB Network now and is doing a great job. I always enoyed his announcing from when he was calling NBC Games of the Week. He's a Yankees fan since his childhood and it makes perfect sense for him to call the Yankees. He's the only one I would give a blank check to and work around his schedule, even if it means him calling only Yankee home games

If Costas turns me down then Kenny Albert would be my next choice, followed by Gary Thorne. 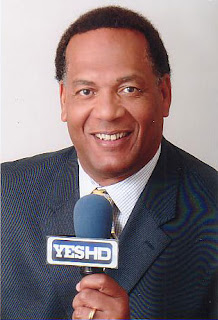 Yes, I will admit, it took me a while to warm up to Ken Singleton, he of monotone voice. But once I got past that, I realized he's a terrific color man and knows the game very well. He's also good for a fill in as play by play guy when needed. 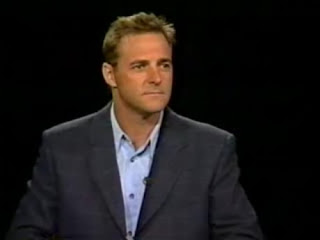 Another who is one of the games better color men, Al Leiter is one I always enjoy listening to. I enjoy how he explains the game from a pitcher's view and often shows the views how a pitch is thrown. He is the perfect third man for my TV Booth 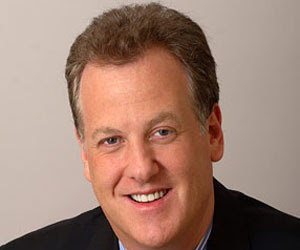 Michael Kay is currently the Yankees main TV guy. My problem is I feel he's a radio man, trying to be a TV announcer and it just doesn't work for me. I liked Kay when he was calling the Yankee Games on the Radio and that's where I'd stick him, but as the main guy, not John Sterling's sidekick. 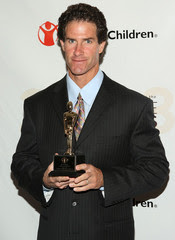 Paul O'Neill is getting better as an analyist as each season goes on. I like his knowledge, humor and the chemistry that he and Kay have together. That's why I would stick O'Neill in the booth and hope that he continues to grow as a broadcaster.

I would keep the studio with Bob Lorenz (just keep him away from calling a game. Those of you who watched him fill in on games in Toronto and Seattle this past season know what I'm talking about) and Kim Jones/Jack Curry as roving reporter. I would love to hire Rachel Nichols to replace Nancy Newman as Lorenz's fill in and move John Flathery as in studio anylist.

I would let go of John Sterling and Susan Waldman. Frankly, I have had enough of the cheesey home run calls and missed calls. Waldman would be a hard decision, only because she has been with the team for so long and is a NYC staple, being she was on WFAN and worked Knicks games on MSG. Maybe I can give her an interview sgement for pre and post games on the radio. If not, then I would let her go as well. Originally, I also had Flathery going out the door as well, but watching him as in studio analyist, I think that would be the way to go with him.

I think this lineup works. It's not perfect, but I think it's a serious upgrade over what we currently are subjected to every year. And if it doesn't work, I'll be in cemetary's looking to bring Mel Allen back from the dead.
Posted by Yankeejetsfan at 4:03 PM No comments:

I finally came up with a new name for this blog. It's one I had originally thought of for it, but went with the previous one instead. Makes sense though. I collect cards and live in New York City. Why not just go with it. I admit, it doesn't have the comedic zing that Mike's Box of Junk has, but I think it fits pretty good. 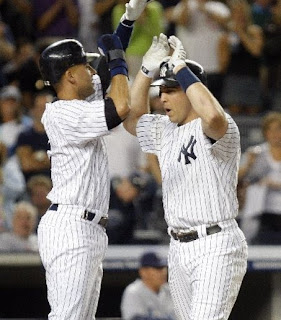 Well, now that the Yankees made the playoffs, my only question is, how often will we see this sight? I'm not feeling too confident in this team right now. Seems that they have made too many mental errors on the field, the timely hitting hasn't been there and the pitching after CC and Hughes in the rotation has not left me with much confidence.

So, what am I hoping for during this first round?

1-This team is going to need the Alex Rodriguez from last years post season. It seems that since Johnny Damon, Hideki Matsui and Melky Cabrerra left this team, we haven't had that come from behind magic like last season. Granted, Marcus Thames and Nick Swisher has come through with some big hits when we have needed them, but I just don't feel confident that if the Yanks are down by 2 in the late innings that they will pull it out, like last year. A-Rod showed last season that he's capable of carrying this club when it mattered and he going to some how need to find that player and just demolish the Twins pitching.

2-We need Mr.November. Derek Jeter has never had as bad a season as he had this one. Batting just .270 durimg the regular season, he's going to have to step it up a notch and show that it's just an abberation and not a sign of serious decline. He's in his walk year and if he is going to be able to get the contract he wants as he matches toward 3,000 hits, he has to show he's still the man when the spotlight is at it's brightest.

3-AJ Burnett shouldn't be making a start until the ALCS. Seriously, does anyone have confidence in him right now? I sure as heck don't. He gave up we over a hit per inning, seems like his head is not in the game once he's hit and gets frustrated way too easily. Unless Pettitte's back is not good enough to go, Burnett needs to be in the pen. I have even less faith in Javier Vasquez, so he needs to be left the post season roster all together.

4-Joe Griardi needs to show some guts. I don't care what anyone says. He did not want to play Texas in the first round and managed for the wild card. How else do you explain Dustin Mosley pitching in yesterdays season finale with the AL East title on the line. If he really wanted that title, Phil Hughes would have been on the hill instead.

That said, I still think the Yankees will beat Minnesota. Won't be the dominating sweep like last years ALDS, but they will move on to the ALCS. My prediction, Yankees in 5 games.

Posted by Yankeejetsfan at 10:46 AM No comments: