Yesterday, I showed off the base cards I pulled from a group case break of 2011 Topps Heritage. Today, I will show off the inserts and the one "hit" I got from the break Lets start with the New Age Cards Performers- CC Sabathia 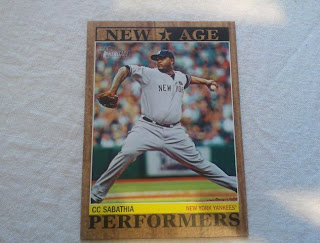 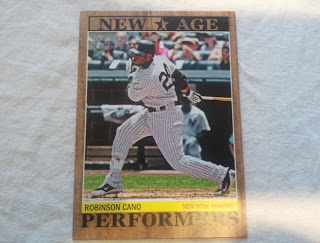 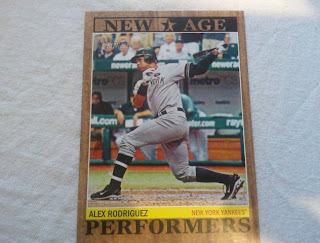 Then and Now-Juan Marichal and CC Sabathia 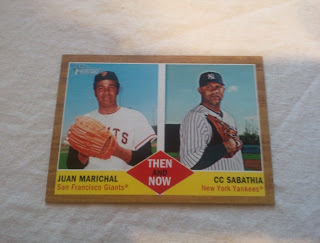 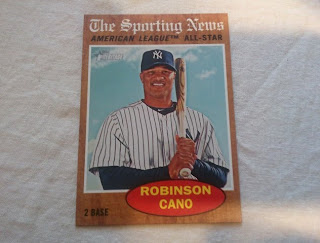 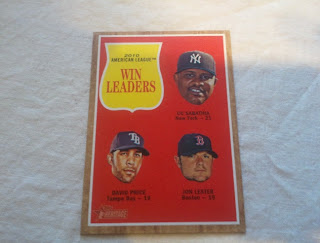 Another of my favorite inserts are the Flashbacks. Here's The Real Single Season Home Run King, Roger Maris (I know I'm gonna get some flack over that remark) 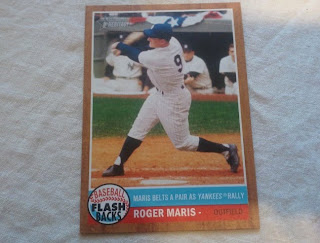 The Chairman of The Board, Whitey Ford 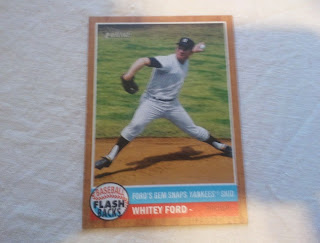 My favorite all time Yankee (even though I never seen him play), Mickey Mantle 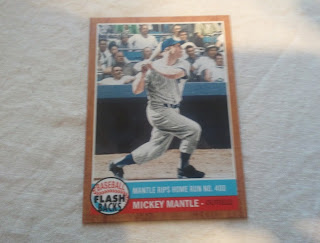 Here are the In Action cards 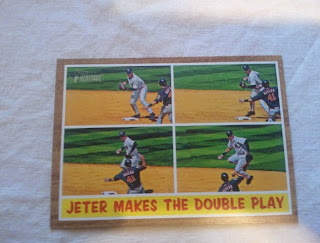 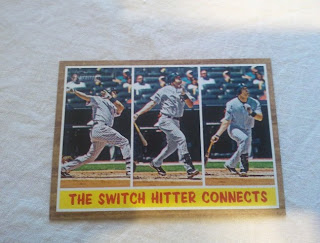 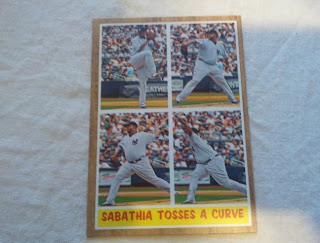 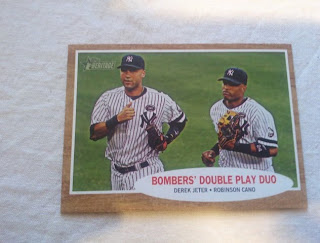 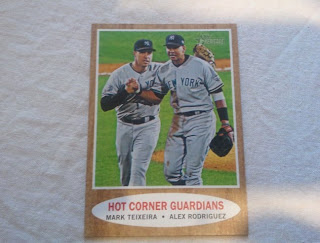 Next up are the Chrome cards. Here's one of one of my favorite current Yankees, Nick Swisher. I just love this guy's additude. He always seems to have a smile on his face. I really hope he has a good season and the Yankees resign him next year. This was one of Cashman's better trades. 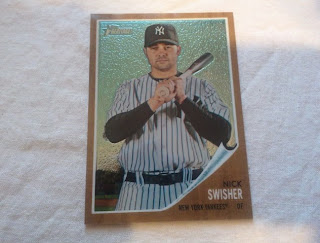 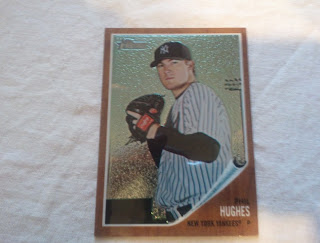 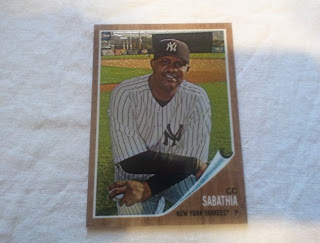 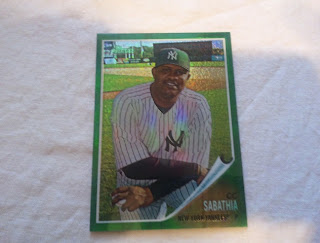 Next up, is this insert set about the life and career of Babe Ruth. I like these cards. I especially like the first one here as it's almost exactly the same card Topps put out in the original set. 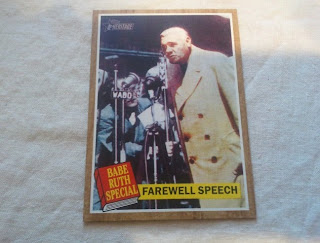 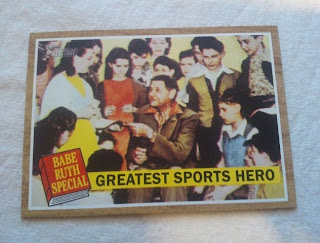 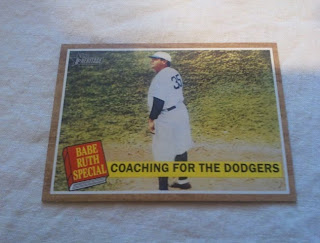 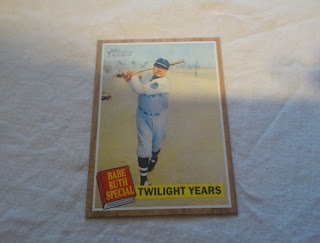 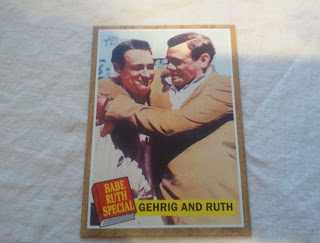 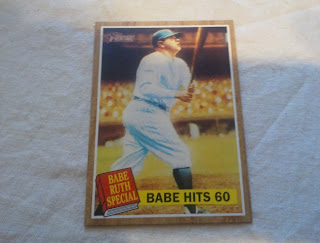 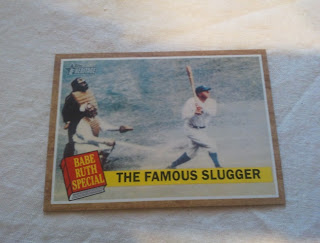 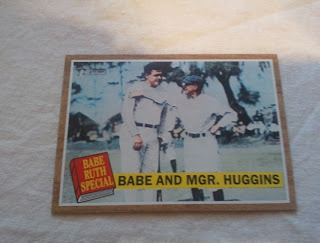 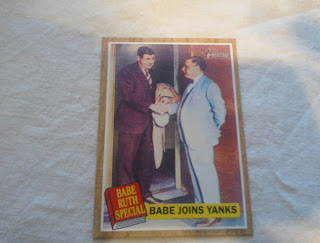 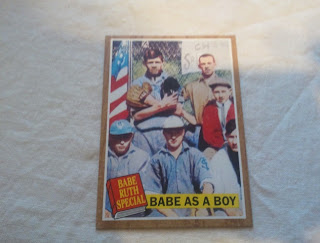 And here's the hit of the break, if you want to call it that. A Mickey Mantle card with an original 1962 coin enbedded into the card 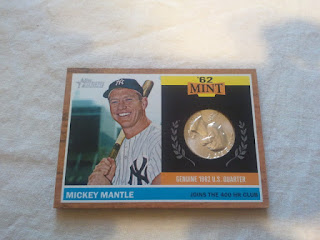 It's cool. Would have rather had a cut signature or even a game used jersey card of his from that year. My friend who did the break told me that he saw one of these on ebay go for over 100.00. Pretty cool, if true. It's a unique add to my Yankees PC and I am lacking in Mantle stuff, so this will be a permanent add to the collection.

Overall, it was a fun break. I think I'm pretty close to having all the Yankee stuff that came out of this set. I'll go for any game used or autos via the ebay route. I would like to see a check list to see what I am missing though. I'll google for one later tonight.

Last night's Yankees game was rained out. No make up date has been set as of yet. The O's come back to the bronx a few more times during the season, so we could see a day/night doubleheader at some point. The pitchers from last night, AJ Burnett and Chris Tillman, will be starting tonight, 7pm game time. Let's Go Yankees!
Posted by Yankeejetsfan at 9:03 AM