A Return To The League With My Latest Obsession!

After a bit of a hiatus, The League of Extraordinary Bloggers has returned to the masses. This is something I have enjoyed being a part of and I am glad that our fearless leader, Brian has decided to bring it back for us to yammer on about a wide variety of whatever topic he comes up with.

This week's topic: My Latest Obsession.

That is a tough topic for me because I have a ton of obsessions. I am obsessed with my girlfriend. I'm obsessed with my Yankees and Batman and Spider-Man. I'm obsessed with bettering myself. But, for this blog, I will stick with something "pop culturey" . And, to everyone's surprise, it will NOT be about Batman or Spider-Man (Get off the floor George. You read that right!). No, no. It will be about a T.V. series that I am late to the party on. 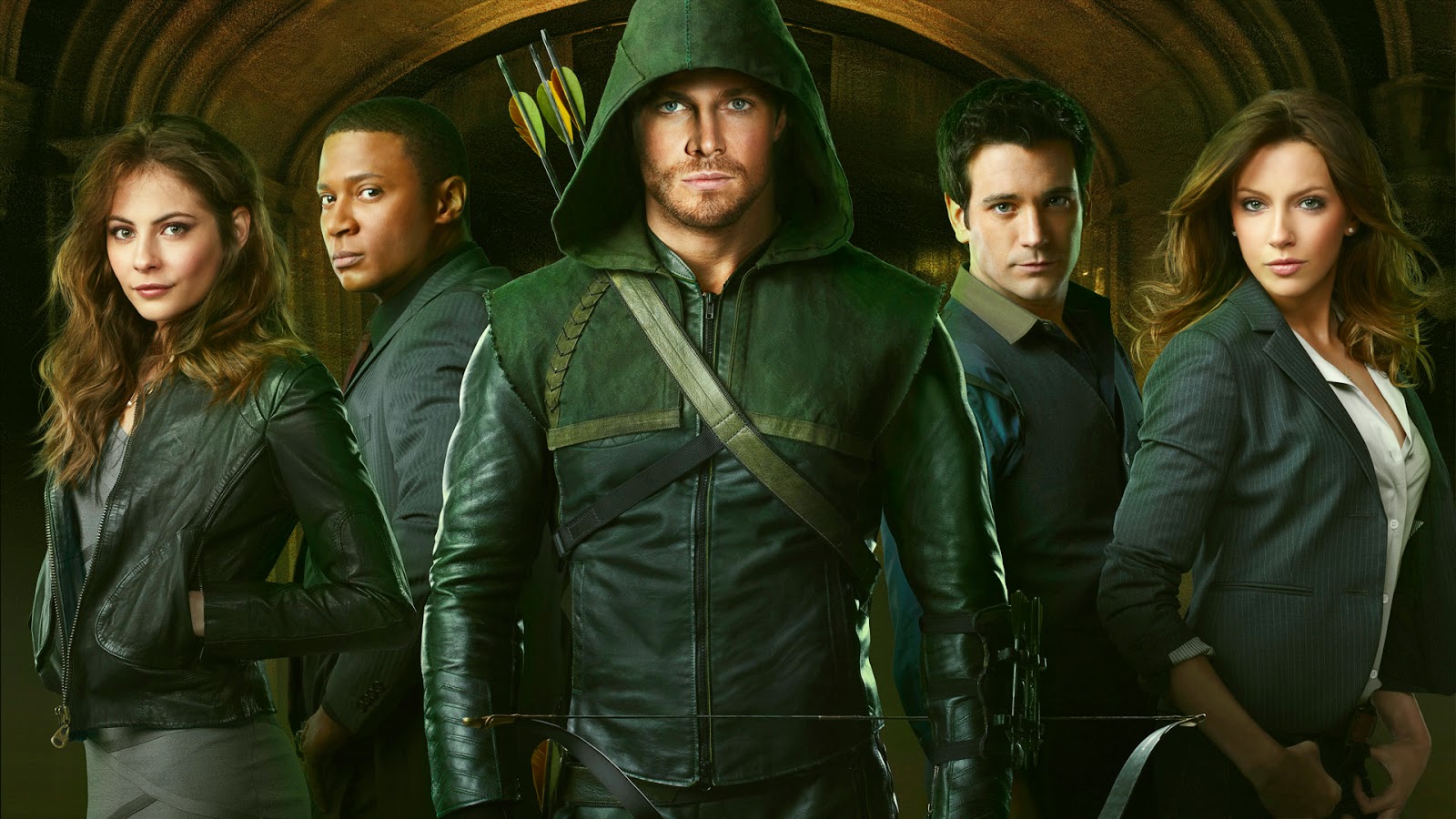 Yes, I am officially obsessed with CW's Arrow.

I have not been this into a T.V. series in years. In fact, I cannot even remember the last show I was obsessed with. Agents Of  S.H.E.I.L.D. comes close as I have not missed an episode yet, but I don't think that Agents is as good a show as Arrow is. And to be honest with you all, I had absolutely zero interest in Arrow to begin with. In fact, I missed the entire first season of the show. Being that I am not a huge Green Arrow fan or a fan of the CW Network, I never turned the show on.

That just goes to show you how stupid I can be sometimes.

An assist goes to my buddy George. One day while we were out and about, he asked if I had seen the show and I told him I had not. He suggested I check it out. He praised the show, saying it's what "Batman Begins" is to Batman, this show is to the Green Arrow. Still, I resisted in watching it. I let the first season pass and let the second season start and still had not watched the show.

Fast forward to November of 2013. I suddenly found myself with a ton of free time on my hands. One day, I turned on my Netflix account and saw that Arrow was now on there. Now, I'm the kind of dude that likes to have something to watch while I eat. It just so happened I had my lunch sitting on my lap and I was looking for something to watch while I inhaled my cold cut combo from Subway. So, I popped in the first episode and watched it. Then the second and then the third episode. When I contemplated about watching a fourth, that's when I knew I was hooked. 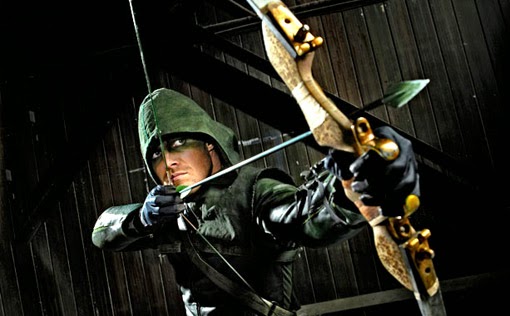 I got sucked in by the wonderful writing, the great direction and the terrific casting of Stephen Amell as Oliver Queen, the billionaire playboy who was shipwrecked and stranded on an island for 5 years. When he is rescued, he is determined to right the wrongs his deceased father made him promise to correct before his death. The cast rest of the cast is just as good. Katie Cassidy (Yes, the daughter of David Cassidy) plays Laurel, Oliver's ex-girlfriend who got her heart torn apart by him, Colin Donnell plays Tommy, Oliver's best friend, David Ramsey plays John Diggle, Oliver's bodyguard, Willa Holland plays Oliver's sister Thea. The cast is rounded out by Paul Blackthorne, Susanna Thompson, Emily Bett Rickards, Colton Haynes and John Barrowman.

I don't want to give too much away in case there are people, like me, who has yet to see the series, but trust me when I say that once you watch the show you will get hooked. Is it a show based on a comic book character, yes but I would also say that it's a well written drama as well. The show also has a bunch of twists and turns to keep even a non comic book fan into the show. Plus, for the comic book geeks, they throw DC characters into the show such as Deadshot, Huntress, Deathstroke and Merlyn. Is the series very faithful to the comics? Of course not, but what Hollywood production, be it film or television, is faithful to the source material. Not a lot, but it shouldn't keep you from enjoying a well written and acted show like Arrow is.

So, if you haven't checked out Arrow and get the opportunity to do so, I say watch it and enjoy the heck out of it. The show was renewed for a third season, so you have time to watch season one if you have Netflix or have the means to pick up a copy if Season One, take a weekend and sit back and enjoy the ride to Sterling City.

Check out some of my fellow League members obsessions: