So I Walked Into A Bookstore The Other Day... 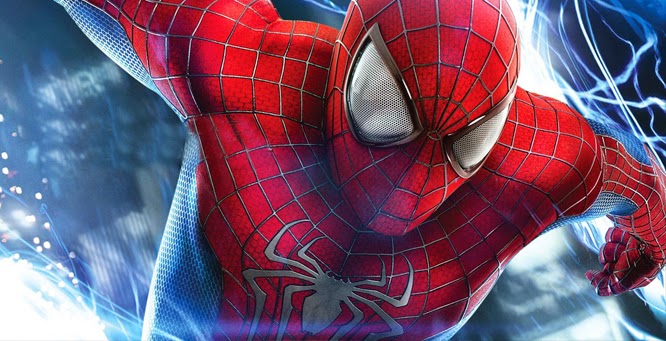 Don't you hate it when you go out some place, not looking to pick anything up, yet you walk out spending a some of your hard earned green backs? Neither do I.

I went to pick up some photos over by Union Square yesterday. Since I was in the area I decided to stop off in Barnes N Noble to use their facilities and see if there was anything interesting.While there, I stopped by the section that had POP figures. Unfortunately, I didn't see anything there so I moved along. While passing by this section where the Walking Dead stuff was, tucked between a couple of zombies I found this cool Spider-Man item: 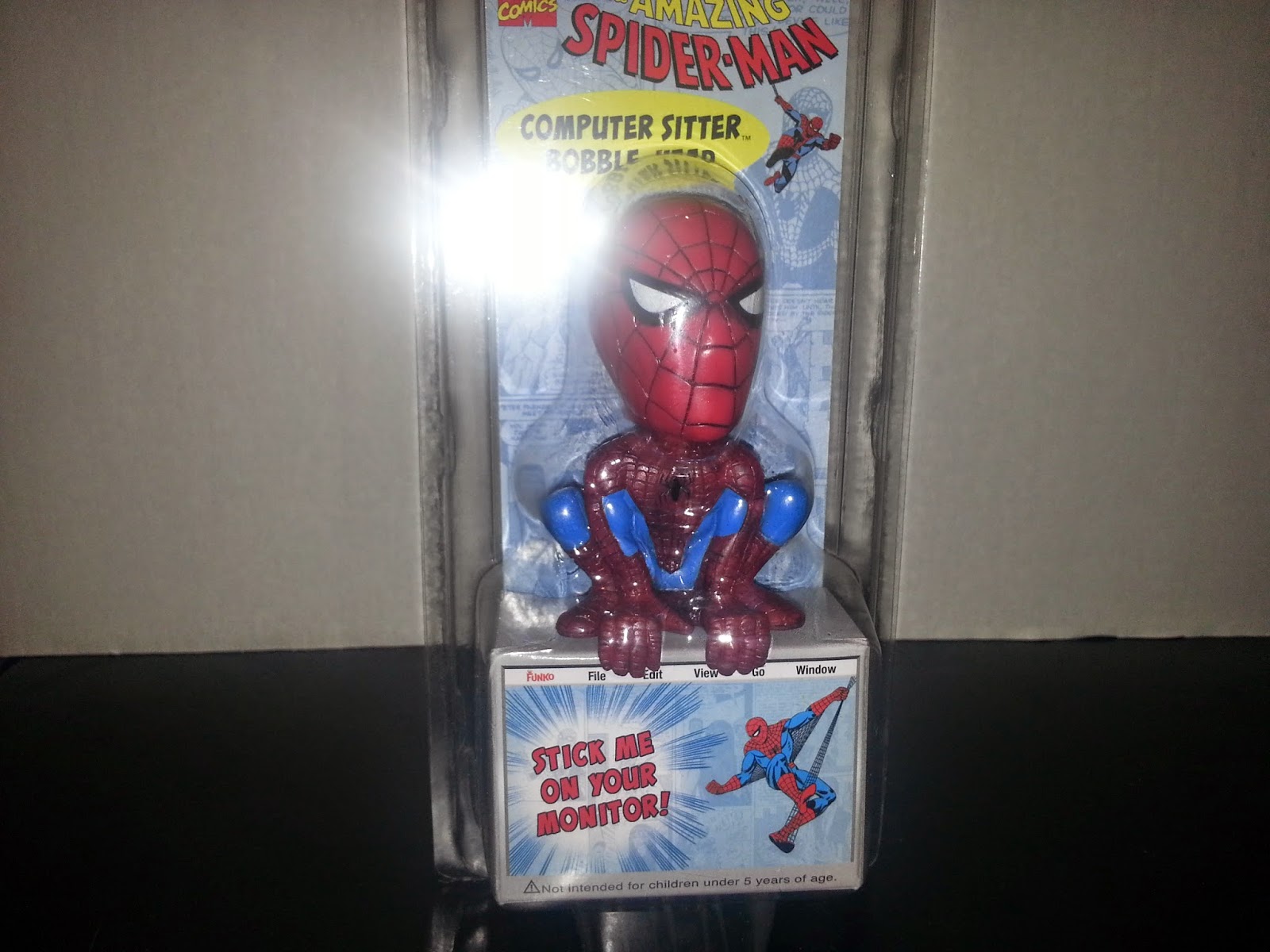 Not sure where I would put this as I don't own a computer monitor, but it's going to look pretty sweet with the rest of my Spider-Man Funko collection.

While standing on line, I peruse the Funko Pops on display when I saw them right next to each other. I knew it was fate that they would be coming home with me. 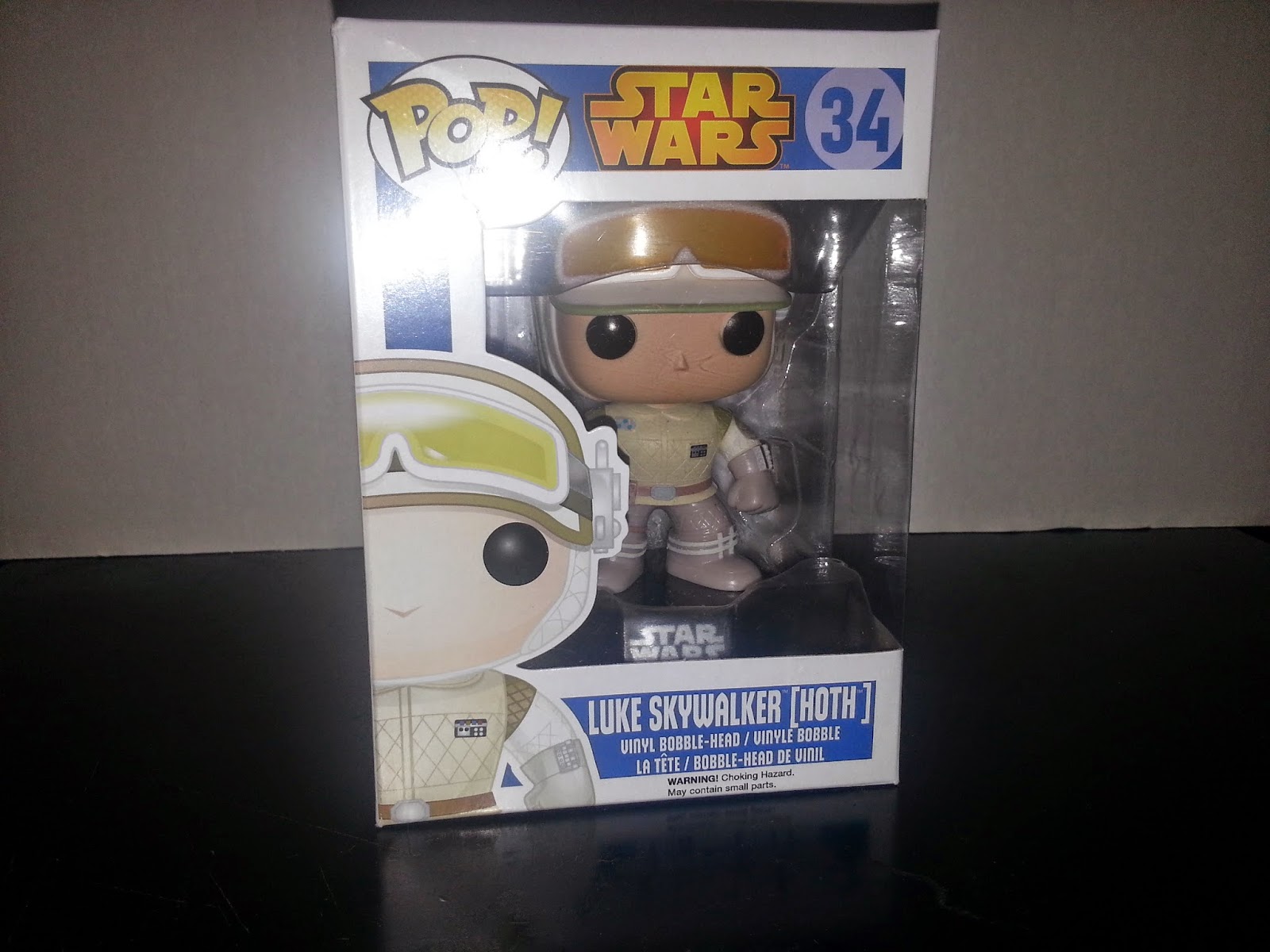 Anytime I can pick up a new Luke Skywalker item for my Skywalker collection, I am grabbing it. I had heard of a new Luke Skywalker POP in his Hoth gear paired up with a Wampa and I saw it at Barnes N Noble, but I decided to pass on it as it was a bit pricey. But I did find this Luke solo (No, not Han), so he came home with me.

But Luke was not alone. Right next to him was a POP I had been looking for: 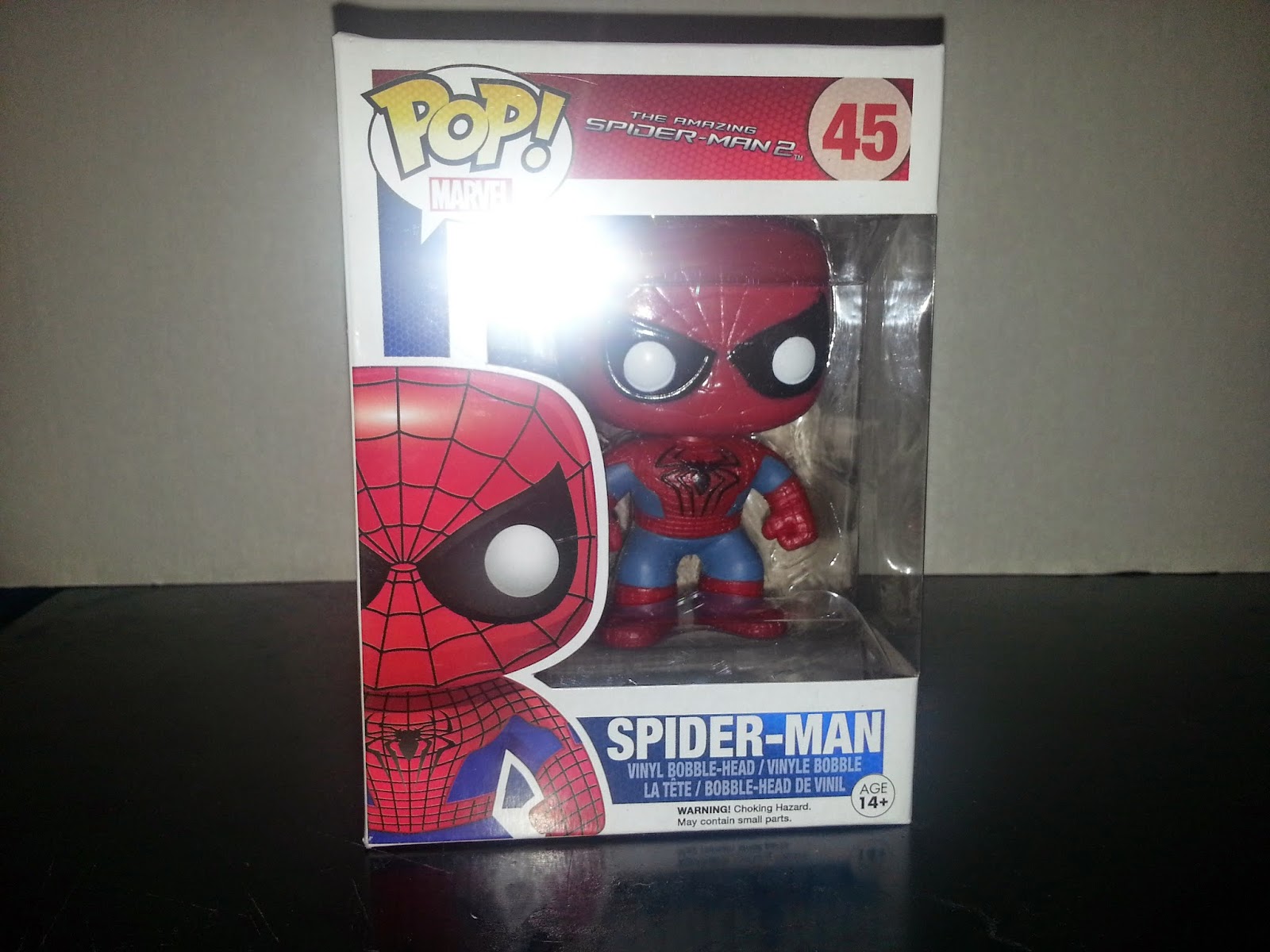 I had been looking for this Amazing Spider-Man 2 POP ever since the movie came out, yet I had trouble finding it. I was all set to order it from eBay like I did with the first Spidey POP, but lucky for me, he and Luke were chilling out, waiting for this sexy geek to grab them both and bring them home.

Since I'm here, Let's take a look at Spidey out of the box and check him out. 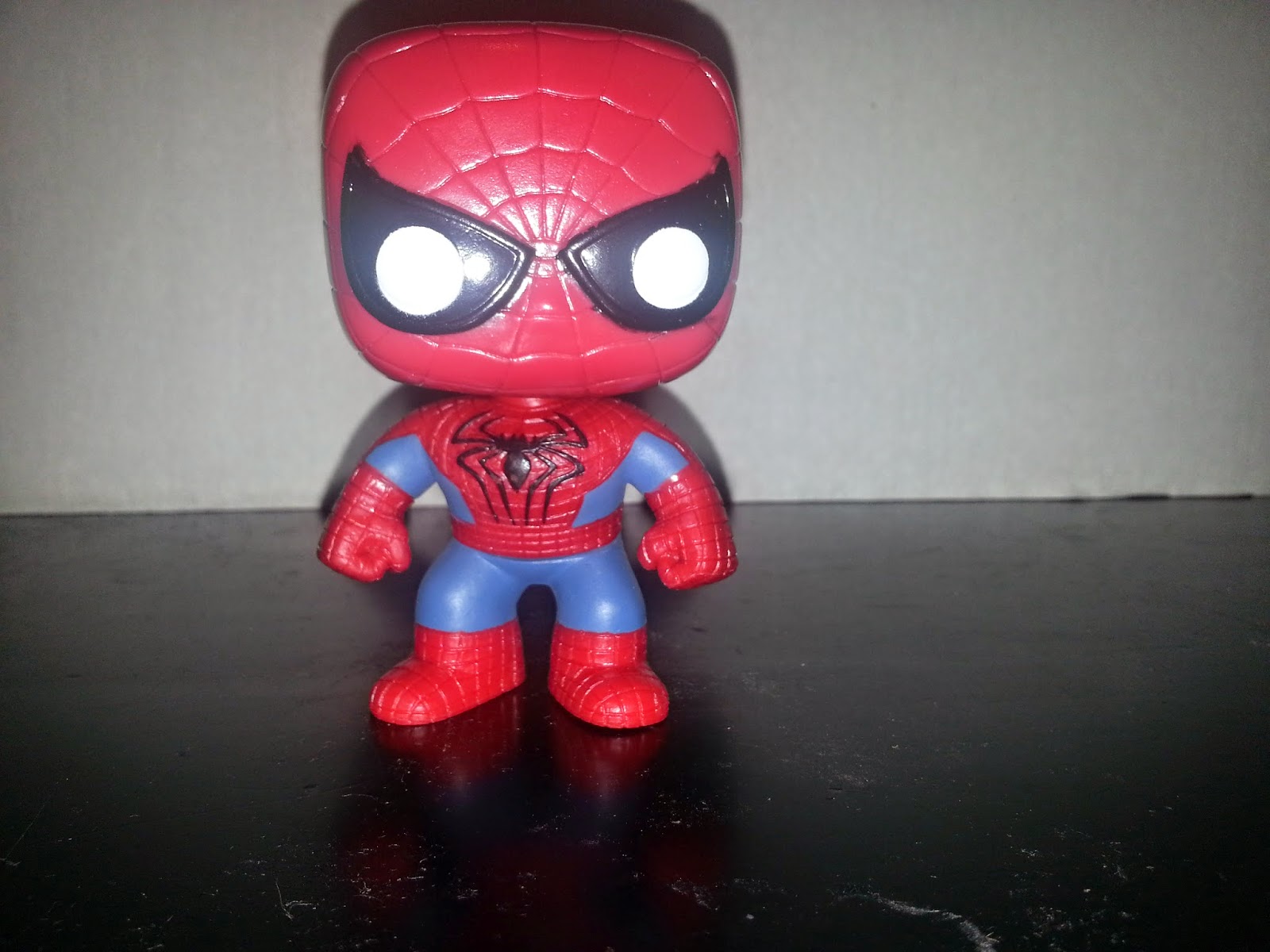 Right off the bat, I love the sculpt on this POP. unlike the last Spider-Man, the web lines are not colored in, but it doesn't take anything away from this figure. The Spider symbol is also larger on this POP then the last one as well. 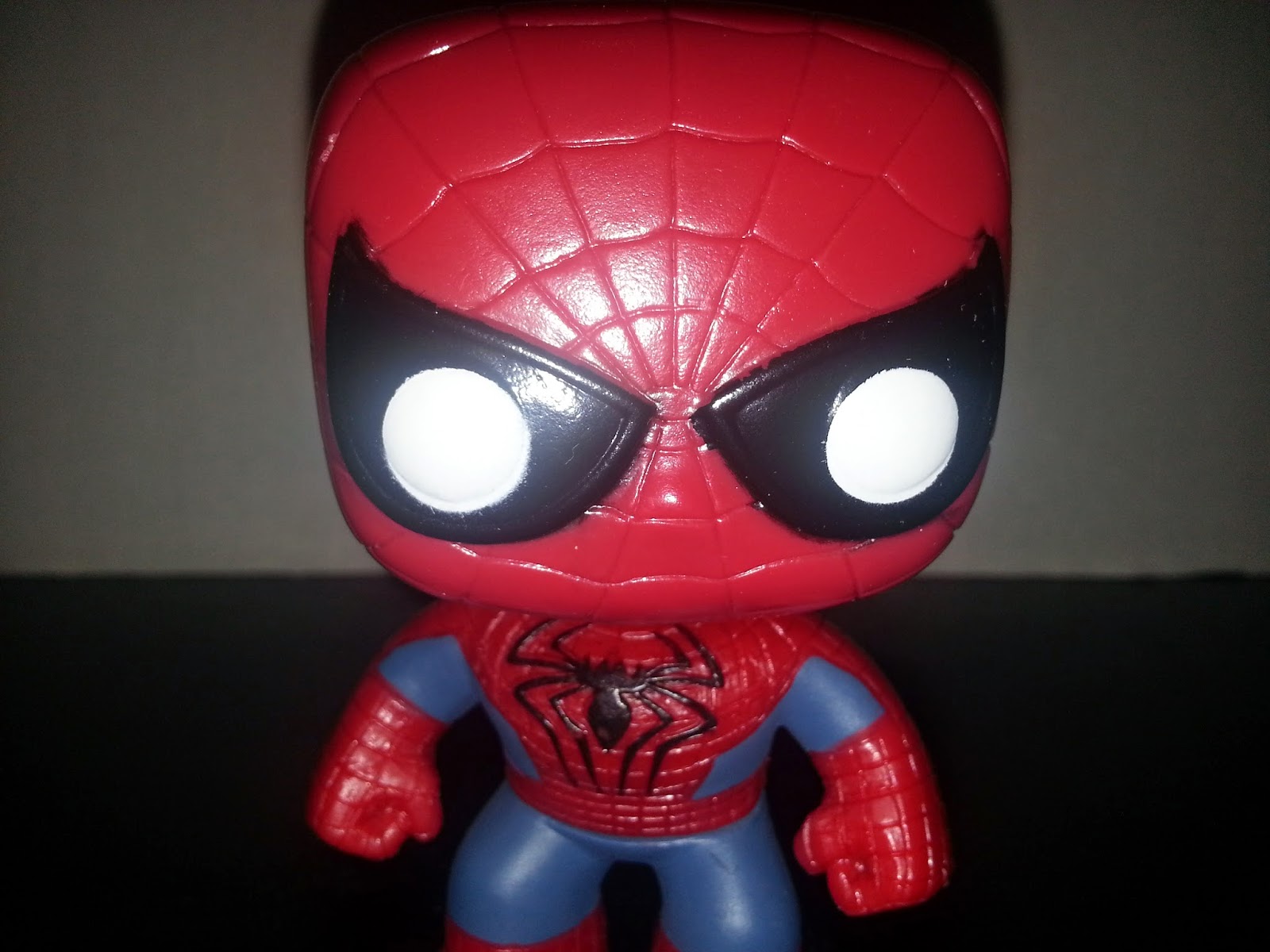 Check out the eyes on him. Awesome job Funko. 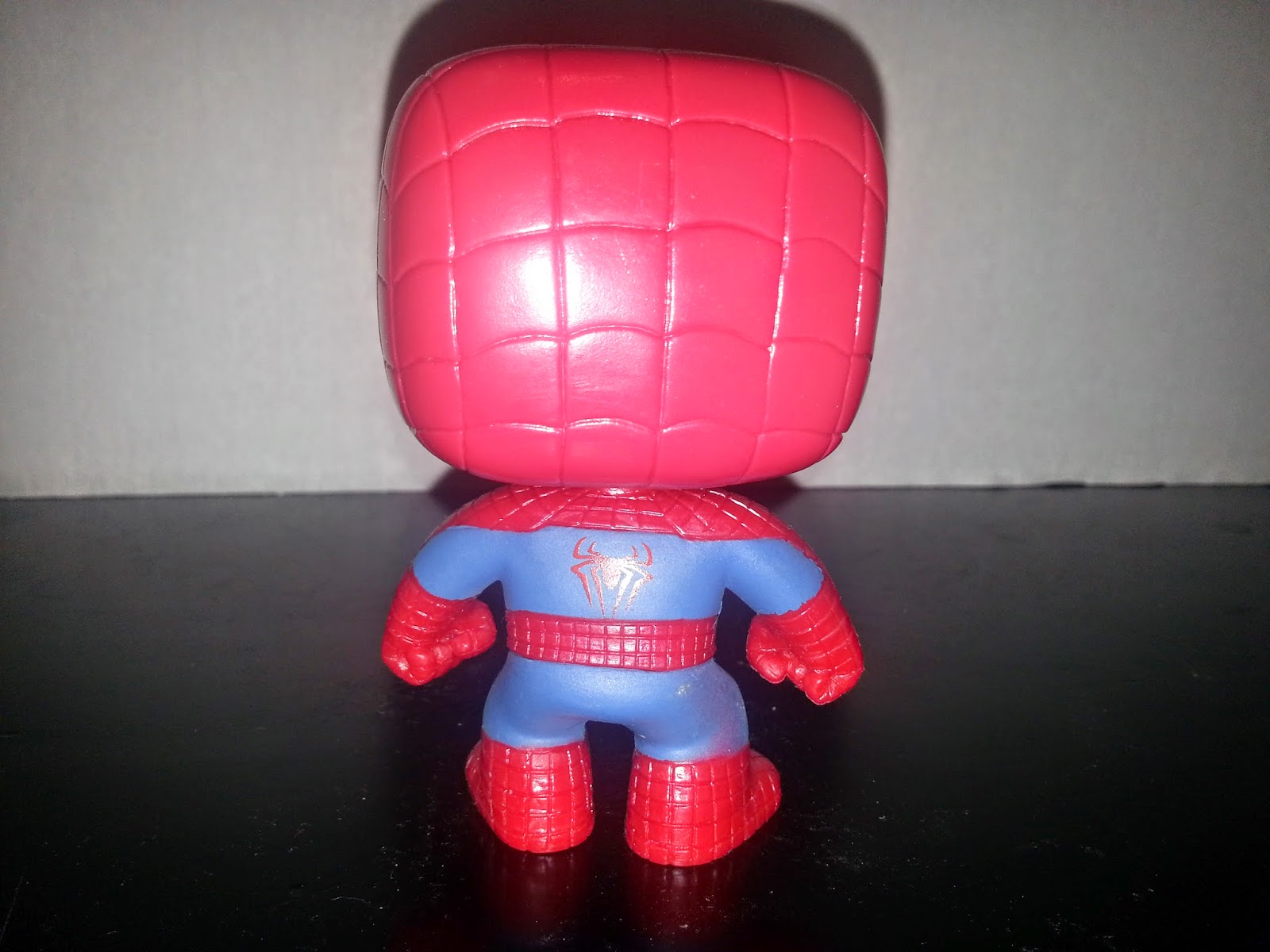 Here's the back of Spidey. The paint on this figure is fantastic. There is nary a sploch, messed up line or anything negative to say about the paint application on this POP. 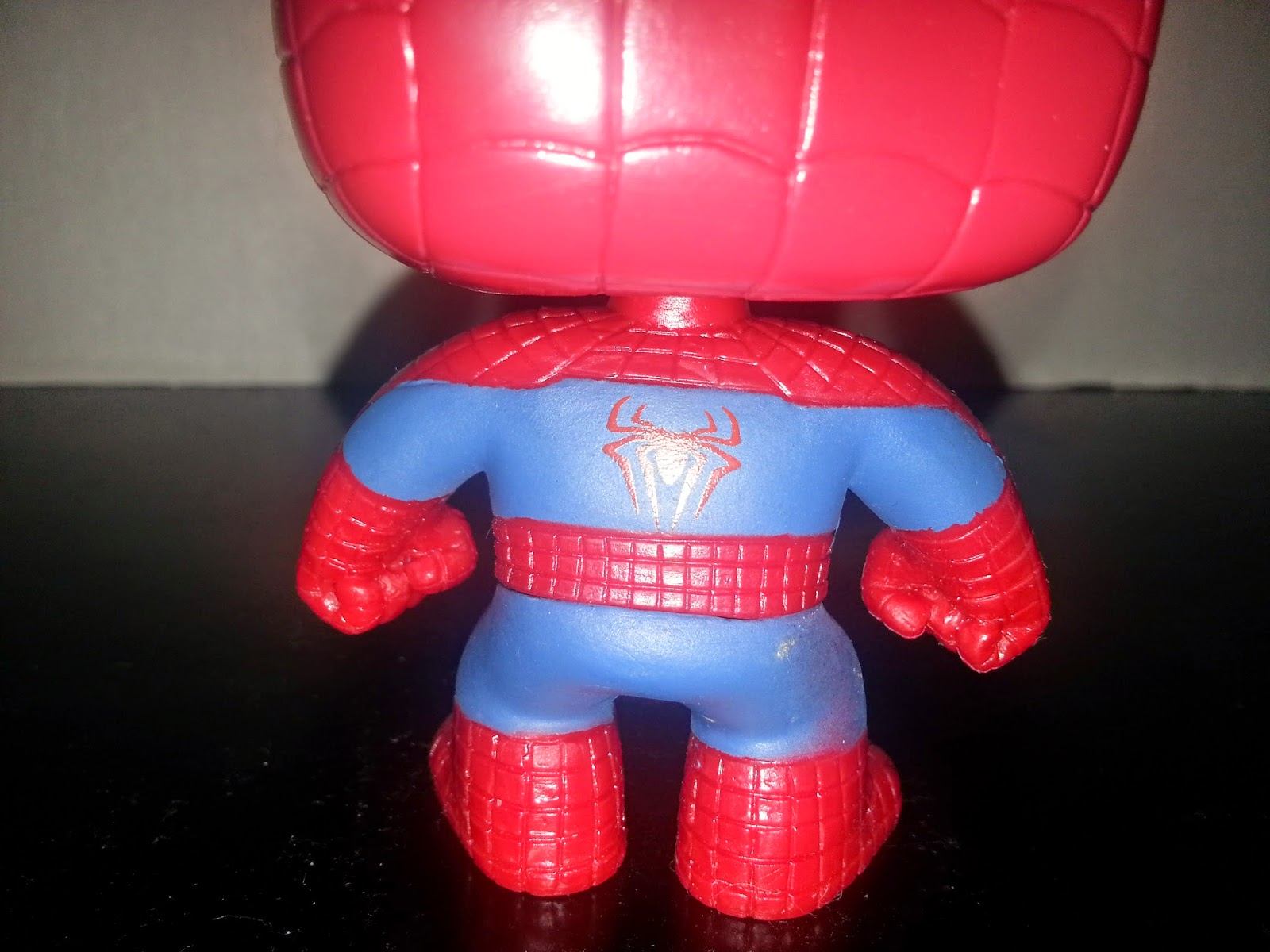 Heck, I even like the Spider on his back. 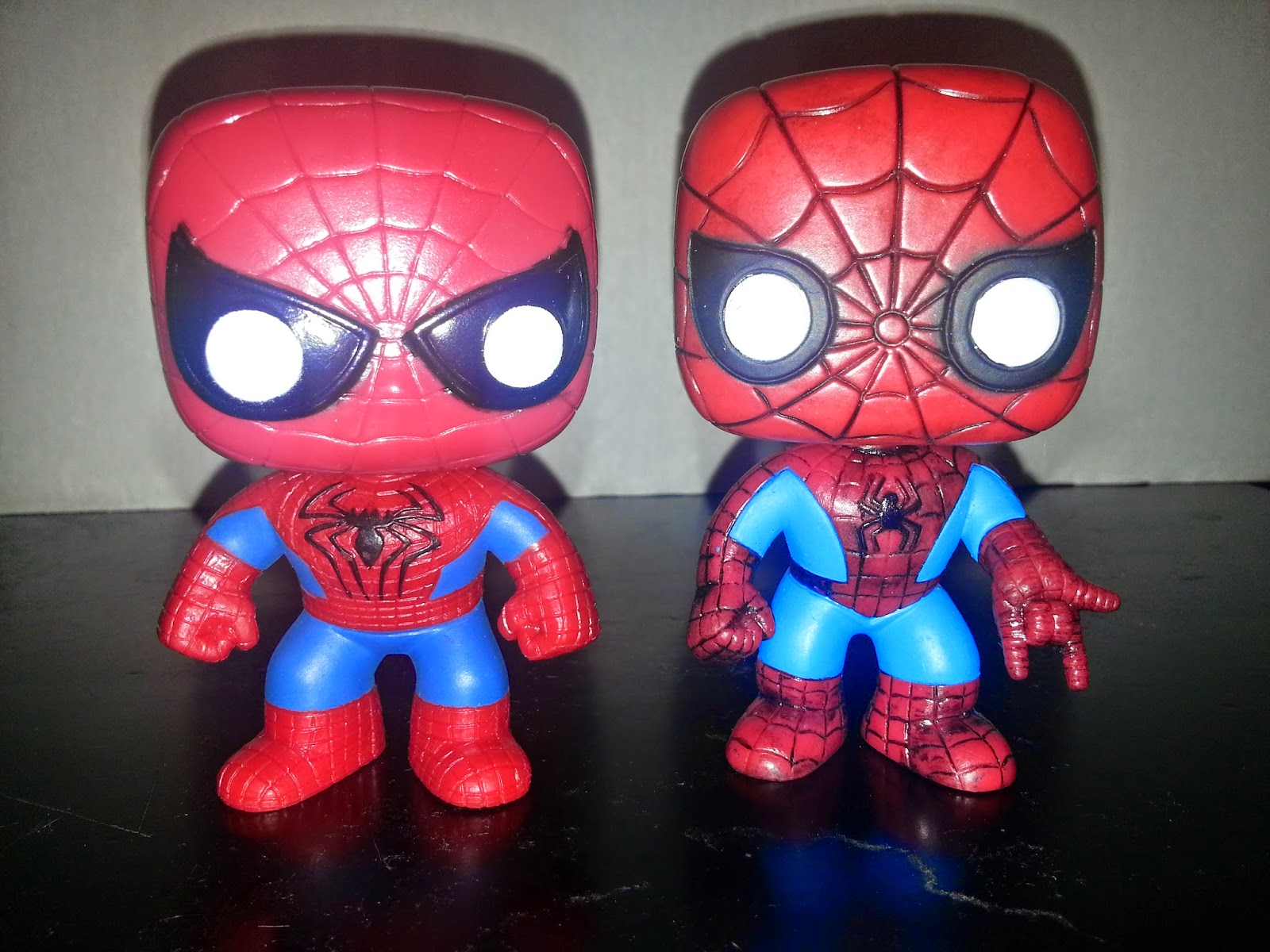 I always said two Spideys are better than one. I initially thought that the blue on the ASM 2 was lighter, but that isn't the case. The eyes are also wider on this POP. To tell you guys the truth, I can't decide which POP I like better. To me, both have great qualities that I love and because of that, I'm not going to even try to figure out which I like better, so NAHHHH! 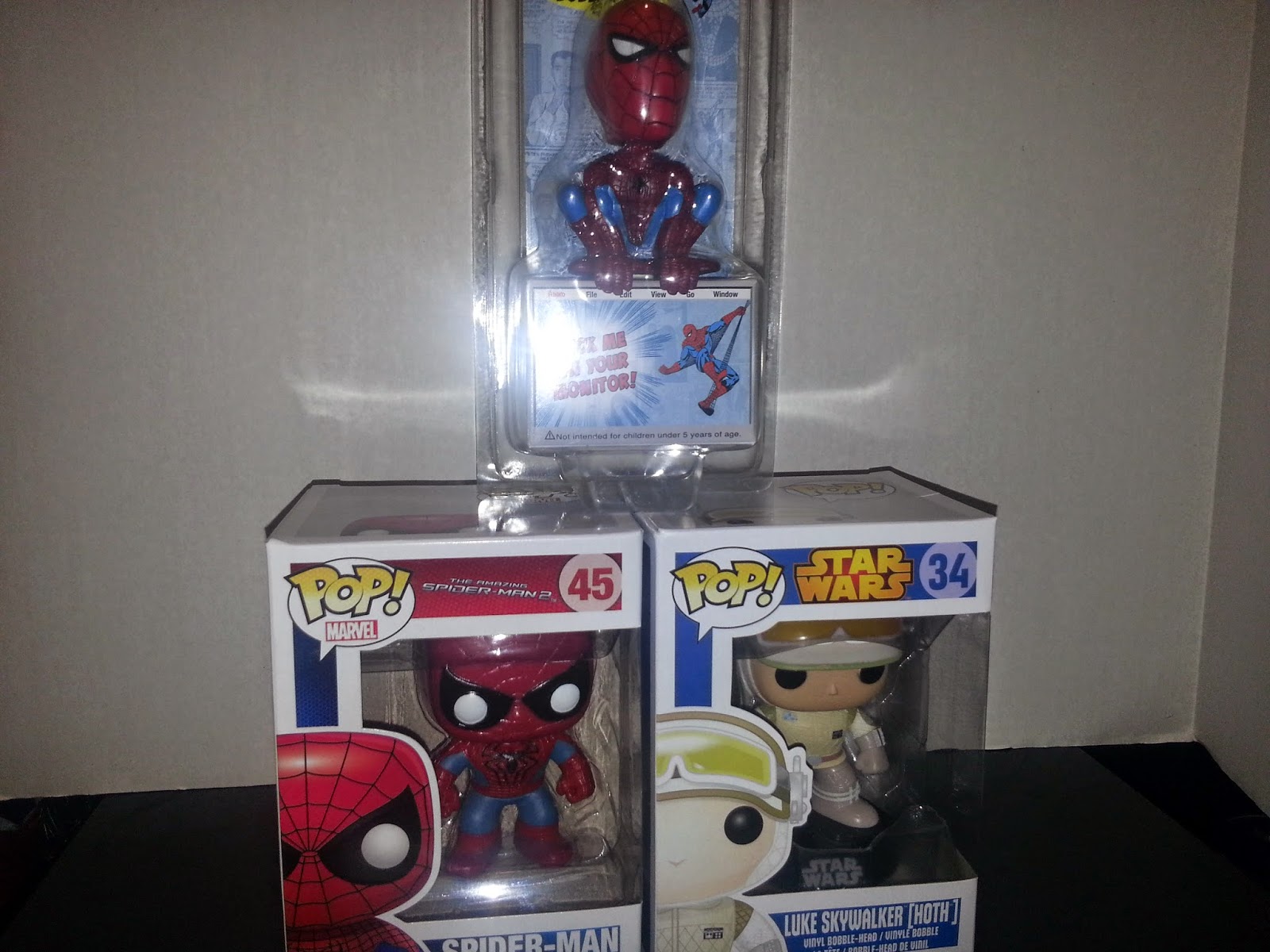 What made this trip to Barnes N Noble even sweeter was that I had a 30 % off coupon, so this sweet shopping spree cost me less than $20.00. As Mel Brooks once said, "It's Good To Be The King".
Posted by Yankeejetsfan at 11:53 PM