Sorry I have been off a bit. I haven't actually gotten anything recently, plus I have been a bit sick this week. Just wanted to show off some recent gets:

Former Flyers Great Bobby Clarke signed 2 custom index cards and a Puck for me. The cool thing was Clarke actually took the time to seperate my items in diffrent envelopes instead of just shoving everything into one envelope. The "Bob" part on the puck got a little smudged, but the effort was much appreciated. I wish alot of athletes were this thoughtful

NBA Hall of Famer Lenny Wilkens signed 4 custom Knicks index cards for the Knicks PC. Wilkens is the only HOF'er in as both a player and coach. Great TTM'er.

I managed to snag a autographed card from of former Knicks coach Red Holzman off ebay for a pretty good price. I do hope it's a legit auto. For what I paid, if it turns out it's a fake, it won't be too big a deal.

I also added two new Marty Brodeur cards to the PC. Was able to make a deal with a SPAWN forum boardmember from Canada for two of the 2009-10 McDonalds cards.

Also managed to snag a Roberto Luango signed 8x10 from a group break of UD Portraits. I had the Devils and Canucks as my teams and will frame this bad boy and hang it up. 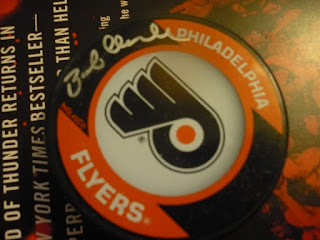 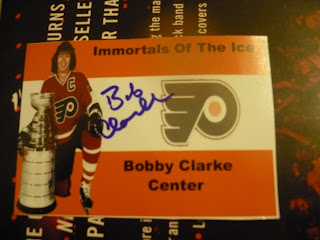 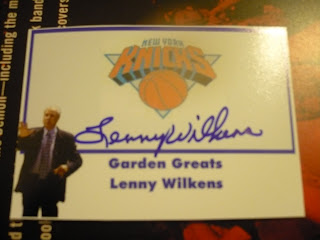 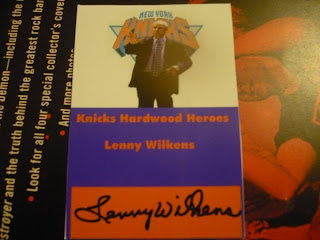 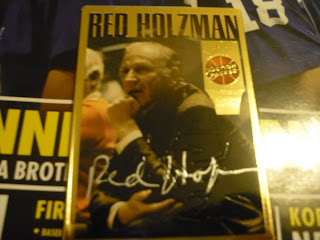 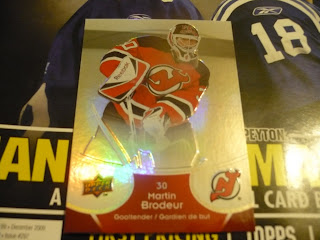 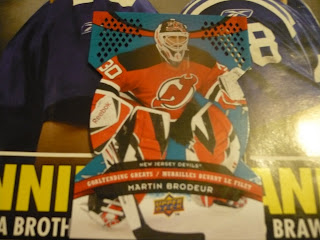 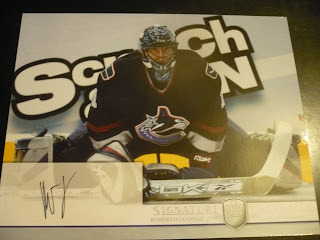 Last note, was saddened to hear of the passing of former Yankee great Tommy Henrich. From what I was told, he was to the Yankees of the 30's and 40's what Paul O'Neill was to the Yankees of the 90's. The man came through in big situations for the Yankees. He batted a career .282, , was a 5 time all star, 5 time world champion with the Yankees. In game 4 of the 41 series against the Dodgers. He swing and missed a full count breaking pitch, but Dodgers catcher Mickey Owens missed the ball, allowing Henrich to reach first and keep the inning going. Dimaggio singled, Keller doubled and Gordon doubled in 2 more runs and the Yankees had a 7-4 victory and a 3-1 series lead, which they would win.

He was 96 when he passed. God Rest his soul. 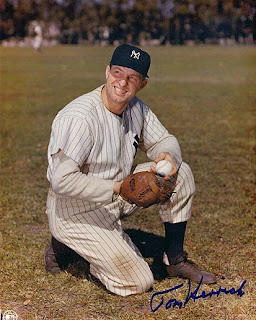 Posted by Yankeejetsfan at 11:37 PM