As a Yankees team collector, I try to complete as many sets as possible. One set I have been wanting to attempt to complete for a long time is the Topps 1971 set. Why? Because it was the year I was born. I hadn't really tried to start it until I saw some very nice cards on a table at the last card show I was at. I picked these up for less than 12.00 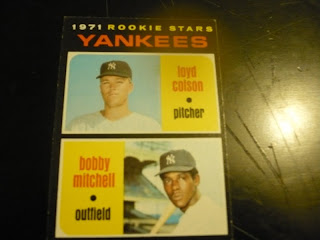 Neither Mitchell or Colson saw time with the Yankees in 1971 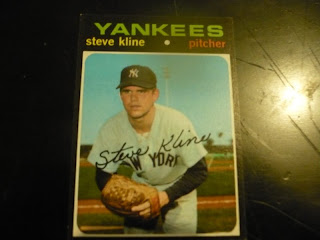 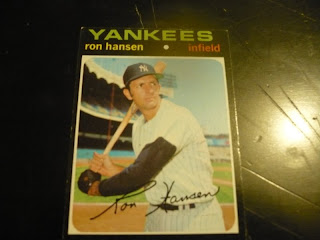 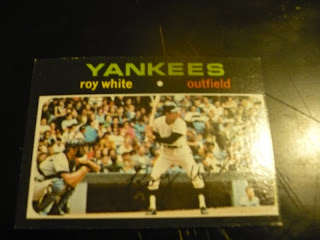 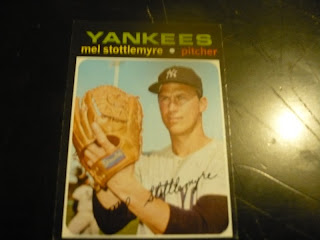 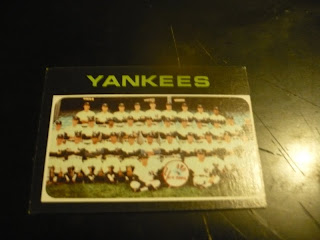 I used to love the team cards for some reason. glad to see them back in the Topps Heritage series 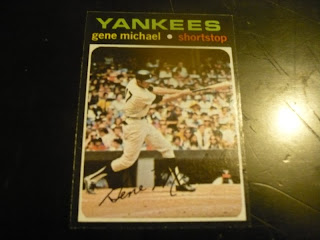 Michael was the starting SS in 1971. From what I was told, he was a defensive wiz at SS. Wasn't much of a hitter though as he batted .224 with 3 bombs and 35 RBI. Was a better GM as he was the GM when George Steinbrenner was suspended and put the emphasis on getting players who played and wanted to win. He was behind drafting Jeter and trading for O'Neill and Cone. It was with his blueprint that the Yankees started to win again in the 90's and I always felt he was run out of his position too soon, although the Yankees won the titles AFTER he vacated his position, but Steinbrenner kept him around and he is currently an advisor to Brian Cashman, the current Yankee GM.

I think I have a few others. I really need to look throw the monster boxes I have.

Posted by Yankeejetsfan at 1:35 PM