Yesterday, the first of my New York Jets requests came back. I had sent out about 5 letters to former Jets players a couple of weeks ago and Marvin Washington was the first to respond, sent in care of his home.

Marvin Washington is a former defensive end who was drafted by the Jets in the 6th round of the 1989 draft. He went on to play 7 seasons with the Jets before moving on to San Fransisco twice and Denver, where he won a super bowl in 1998. 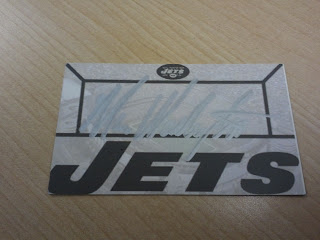 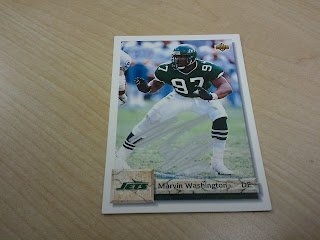 I'm very please to add the autographs to my Jets PC. I just wish they weren't signed in silver, but what can you do? No complaints here.

Posted by Yankeejetsfan at 9:47 AM