Sexy Geek? Maybe It Should Be Old, Picky Geek 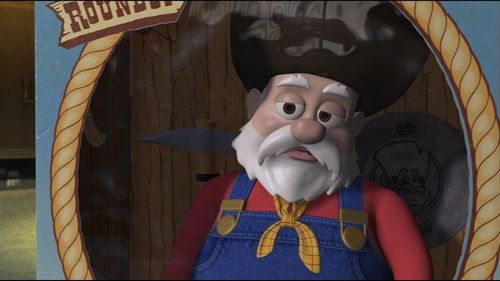 Every New Years that passes, I think about another year that passes and how much closer to the grave I am. There's a lot I want to accomplish and still hope to in my life. I would like to see if my writing can take me anywhere aside from my blogs. I would also like to do a podcast with one of my very good friends. When the two of us are together, we crack each other up and I think we could have a great podcast. We have discussed it and hopefully it will come to fruition. It's really my fault for the delay as I don't have a microphone on my laptop and I would like to have a better laptop as well. Hopefully soon. Most of all, when I do think about things, I do think about my collection and what direction I'd like it to go.

I know I have discussed this topic in previous blog posts, but as of late, I have been really considering downsizing it and concentrating on what I really like to collect. I feel as of late I have been stagnate when it comes to my collection. I haven't really been adding to it, not because I'm out of work, although that does come into play. I just haven't found really anything I've wanted to add. A lot of the stuff that comes out these days are not things I have been quick to open my wallet for. In my opinion, the stuff that comes out is too expensive and your really not getting the best bang for your buck.

There have been stuff that I have been excited for on paper, yet when I saw the finished product I was like, ehhhhhhhhhh. Like the 1966 Batman figures. I only got the Batman and Surf's Up Batman in my collection and I'm fine with that. I wasn't really impressed with the quality of the figures and the likenesses of them. Plus, I was a bit ticked that Robin was only released in a box set and is supposed to be released in another box set with Batman and Batgirl. When that will be released, I don't know. Also, at $22 bucks, these were pretty expensive figures. I'm sure I will get the rest at some point, but not anytime soon. 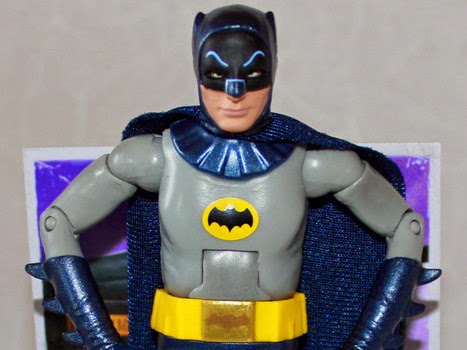 Don't get me wrong, I know that stuff is expensive these days. It's part of the hobby and if I want to have a sweet collection, I will have to spend, spend spend. I'm just not going to spend anymore on every Spider-Man or Batman item that comes out. I think it's time to concentrate on specific characters or things or people I m passionate about.

I enjoy the Christopher Nolan movies. I really think those are the best Batman movies ever made, aside from the 1966 Batman movie, which I enjoy the hell out of. I will admit something though, I hate the all black Batman outfits. My Batman has grey in it. Blue and grey to be specific. I can't explain the joy I feel whenever I see a Batman figure in those colors. It takes me back to my childhood when I used to sit in my room, watching the Super Friends while noshing on a bowl of cereal or when I opened Christmas presents and got a Batman Mego with Batmobile. So I decided I will start focusing my collection on Batman before the Tim Burton movie. I love the 1966 TV show, so I will buy stuff that fits that part of my collection, vintage or modern releases. I love the Super Friends Batman and have the figure. I want that Hot Wheels Super Friends Batmobile and I also want the statue and will get them eventually. I can concentrate on just this period of the character and have a pretty kick ass collection.

I don't see myself really changing in how I collect Spider-Man. I will probably continue to collect him as is.

One thing I want to do is add more statues to my collection. I figure if I don't spend money on newer releases at Toys R Us or Target, I can save up for some really cool pieces. I have been wanting to start collecting the Batman Black And Whites. I want to pick up the upcoming Adam West Batman statue. There are some really nice Spider-Man pieces I want also like the Origins piece and the half Peter Parker/Spider-Man bust that I drool over each time I see it on eBay. 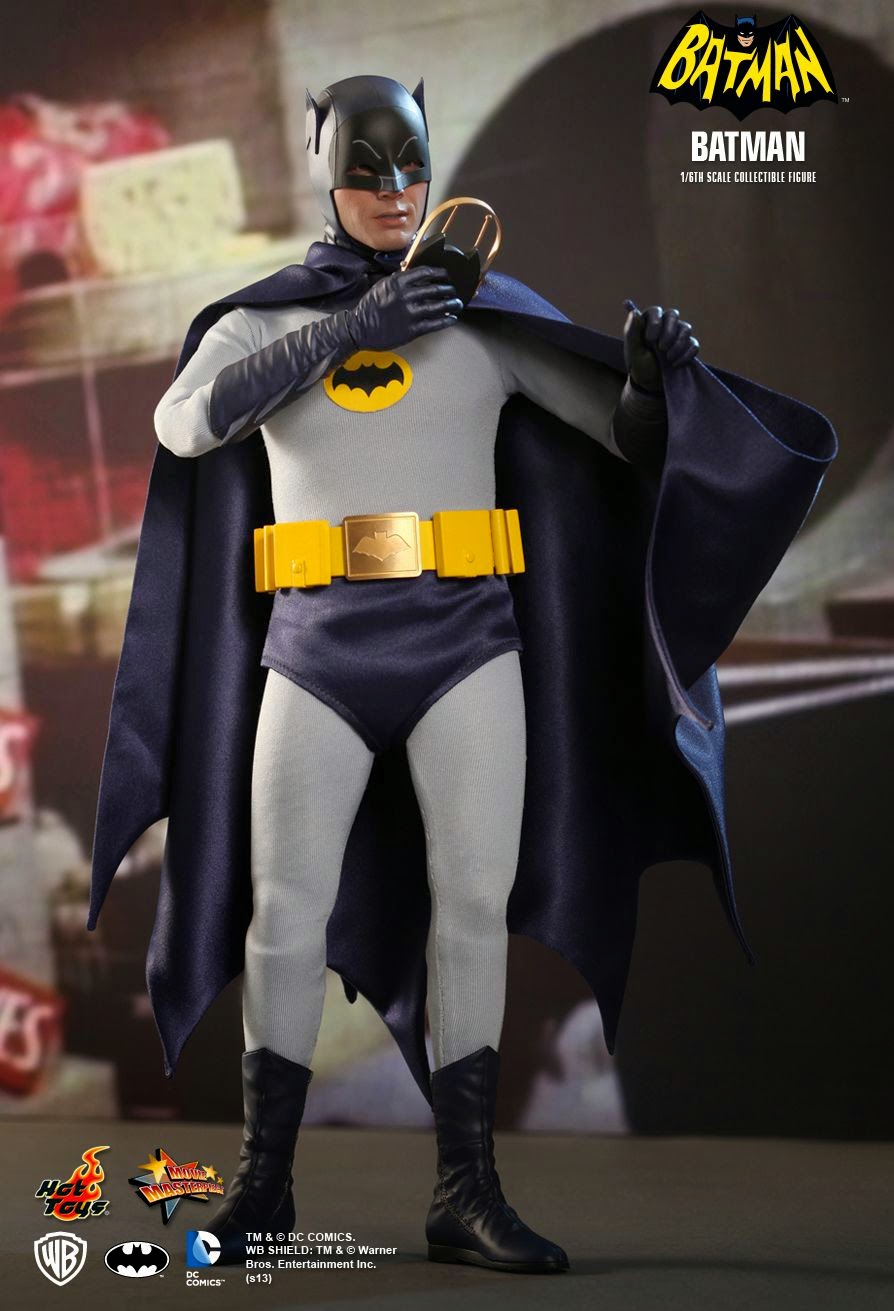 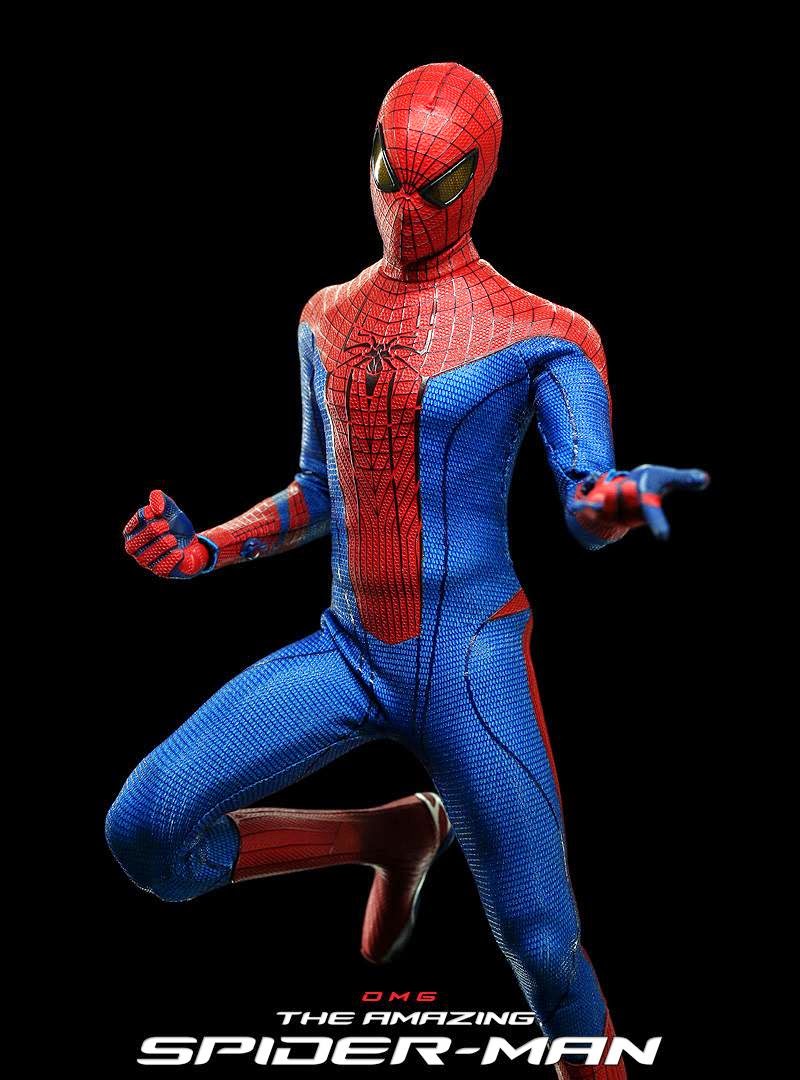 These are some of the most beautiful and expensive figures you will ever see. I see some of these figures in comic book shops or cons and I just start getting feverish and itchy and I start walking toward the figure like I'm looking for my next fix. I, unfortunately, do not own a Hot Toys figure. Part of it is I haven't had steady work in almost 2 years and part of it is because I spend, spend, spend. I couldn't save a dollar even if I knew I was getting thrown out tomorrow. I'll still be at Toy's R Us buying that cheap plastic Spider-Man that I really don't need. This year, I will try my best to save for at least 1 Hot Toys figure. I'm leaning toward 1966 Batman to be my first Hot Toys figure.

I have been collecting anything and everything Luke Skywalker I can get my hands on. I just recently got a Luke Skywalker Titan figure that I love as a late Christmas gift. I will be reviewing it in the near future. I also want to pick up some vintage Star Wars figures and play sets. I still want the Death Star playset. I also need a vintage X Wing too. 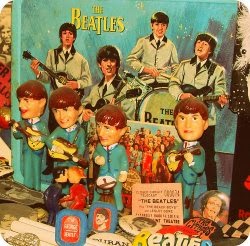 Some of the most expensive collectibles you will find are Beatles items from the 60's. Because of that, most of the Beatles things I will own will be modern Beatles releases. Right now, my Beatles holy grail is the set of Beatles cartoon figures that McFarlane put out. That box set goes for close to $200.00 bucks on eBay.

7- Back To The Future

I really don't go out of my way to pick up Back To The Future stuff, even if it's my favorite movie of all time. I haven't picked up the Funko POP's yet. I haven't thought about grabbing the Hover Board I've seen. If I come across it and feel like picking it up, I will.

So, I've managed to streamline my collecting habits to 7 categories, and that's not even mentioning my sports collectibles. I won't be collecting Kiss or Iron Man or anything else I was picking up before. The Simpsons are a category that I also don't normally collect, but I have picked up a piece here and there and will probably continue to do so. I can also see myself knocking off a category or two in the future. Why?

Well, I need room to walk around. My room is starting to become cluttered. I have no space to display my stuff and in the future, what if I don't have room for display then either? I have always hated collections that look so cluttered, unorganized and I never want mine to look like that. I will display in cabinets and shelves, but I want it to be a neat display. Also, money. I don't have a million dollars to spend on figures and collectibles. I barely have $50.00 at times. I need to pick and choose what to get. I want to pick up the best things for what I can afford.

When going shopping, my buddy and I don't buy just anything anymore. We look for the "Wow" factor. Something that I will not put back after holding it and walking around the store. If I have to think about it, it goes back. Maybe I'm trying to grow up a bit or maybe as I reach my 44th birthday in April, I am starting to realize I cannot own everything. That's not what collecting is all about. It's about picking up pieces that you will be proud to display and never, ever want to let go. I want to be able to look at my collection years from now through coke bottle glasses and smile as I sit n my rocking chair.
Posted by Yankeejetsfan at 11:21 PM