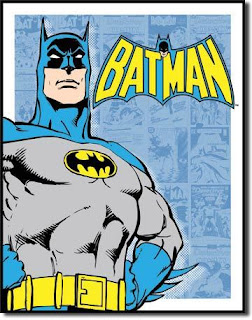 After Spidey, the character I collect the most of is The Batman. As much as I love the Adam West Batman or the Batman of today, the one I grew up with is the Neil Adams/Superfriends Batman. 4 of the 5 items I will prestent from my wish list are from the 70's and 3 were made by Mego. Again, these are in no particular order. 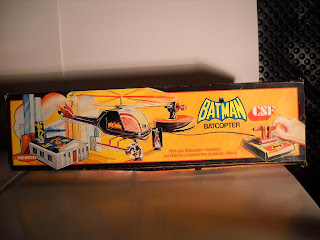 As a kid, I spent hours playing with this awesome toy. It was a helicopter with Batman stickers on it, attached to a pole, which was attached to a base. It came with cardboard cut outs of villians like Joker and Riddler as well as a small building. All of which got destroyed in no time. I then used it with my Megos and other toys. I do remember trying to lift my plastic General Lee car with it, which resulted in an epic failure. 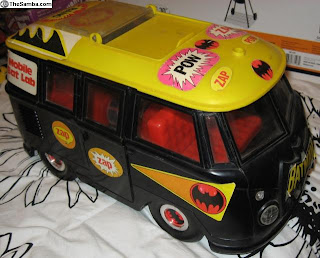 Honestly, to me, nothing screams Mego than Batman. Mego made so many things for the Caped Crusader to use in his adventures against crime. One of my favorite pieces was this Bat Lab. I remember seeing the commercials for it and begged my mom for one. Of course, I got something else instead. Not sure what it was, but I'm sure I had just as much fun with it. The van also came with a basket attached to a pole for catching crooks and bringing veggies or laundry back to Wayne Manor. 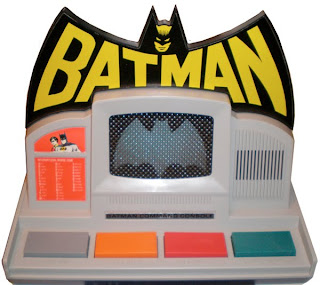 Probably the single coolest looking toy I ever owned as a kid. Look at this thing. A mini bat computer that flashed lights and picked up CB Radio signals. Of course, you couldnt talk back to anyone, but still, this thing was awesome looking and would look great in any Batman collection. 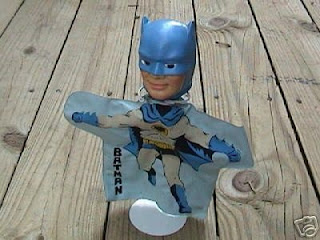 So nice, I showed it twice. Well, it was an accident and I didnt know how to remove the 2nd pic. But it's still cool nonetheless. Other than the Soaky bottle, this is the one piece I will go out of my way to acquire for my Batman collection. Ideal came out with it in 1966, after the success of the Adam West show. Real nice piece. 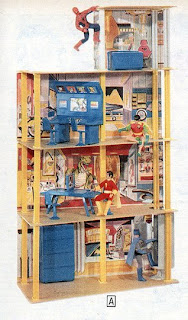 Theres Something about this cardboard/plastic monstrosity that makes me drool. Aside from one other toy that I will mention in another blog, this would be my holy grail. Another piece of Mego goodness that I never owned, but am dying to have in my collection. Not quite sure how I would display it, but rest assured, I would figure something out. One of the more expensive Batman pieces, I rarely see this on ebay for anything less than 300.00.

I really believe Batman had some of the more cooler looking toys. Batmobiles, walkie talkies, costumes, etc. Whatever your budget is, there is something Bat-related you can find. Happy hunting.
Posted by Yankeejetsfan at 12:07 PM