What I Have Been Reading-Part 1 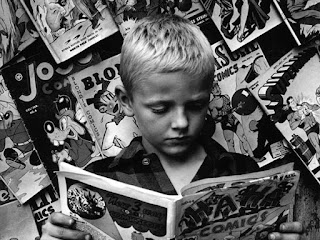 One of the things I have decided was to cut down on the amount of comic books I buy. I really don't have a lot of room to store boxes of comics. Usually once I read the book, I just put it aside and I barely look at it again. I usually just give it away or put it away. Right now, all I want to do is build an Amazing Spider-Man and a Batman comic collection, so I will need room for that so buying single issues will be cut down drastically or cut out completely. Plus, my toys will need room as well.

Now that I decided to read more graphic novels, I decided to start knocking off titles from my must read list. With my excitement over the upcoming Man Of Steel movie, I decided to finally pick up Superman Secret Origin. It's a book I have been wanting to read for quite some time. Plus, my trip to Los Angeles was coming up so I thought I could read it on the flight over.

Well, I was wrong about reading the book on the flight (Damn you Jet Blue and your Direct TV). Never got to read it on the outgoing or returning flights. But, not to worry. I did get to read it on the subway on my way home from work. I always love the looks I get from the adults when they see me reading a comic. As Hurricane Helms would say, "What's Up Wit Dat?" 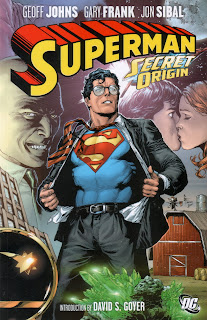 One reason I picked this book to read was I was looking to read a really good Superman book. It's been so long since I read a solo Superman story. Most of the Superman stuff I read is with him in Justice League. A friend who used to work at my job suggested this book and I was skeptical. I read some Superman comics and found him a bit boring. But I agreed to give Secret Origins a shot. I was really sold when I saw the artwork and noticed Superman is drawn to look a lot like Christopher Reeve. Superman The Movie is one of my all time favorite Super Hero movies, so I was sold as soon as I saw the art. 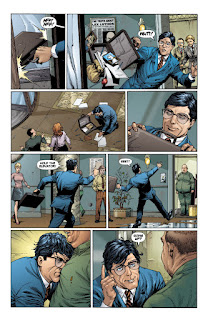 See what I mean? You can tell where Clark Kent was inspired from by looking through the pages.

Superman: Secret Origins is a retelling of the origin of Superman. The early story takes place in Smallville and later in Metropolis. We never see Krypton in the story, although it is mentioned once Clark finds out who he really is. What this story is, is the trials and tribulations a young Clark Kent went through as he was discovering his powers and his interaction with people like Lana Lang, The Legion Of Super-Heroes and a young Lex Luthor. 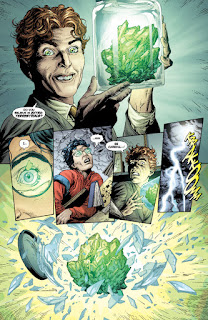 The story also follows Clark's first days in Metropolis as a reporter for the Daily Planet and in his first appearances as Superman. 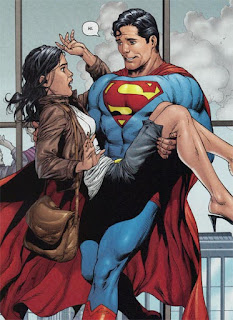 He makes his first appearance in the comic as Superman in a scene that is almost straight out of the movie. I won't say much except that it involves Supes catching Lois and a helicopter.

Over the course of the story, we see his first meetings with Perry White, Lois Lane and Jimmy Olsen as well as his battles with Parasite, Metallo and the US Army, all controlled by a now grown up Lex Luthor who is a corrupted business man running his Lexcorp empire. The kind of guy who gets what he wants and he has Metropolis eating out of his cold hearted hands. That is until Superman shows up and gives the citizens of Metropolis something else to believe in.

I really enjoyed this book. It gave us a different look at the origin of Superman. We don't see the rocket crash landing to earth, Clark is already here when the story begins. I'm guessing he is a freshman in high school at this point. This part of the story gives off a "Smallville" vibe as he is learning how to use his powers as he grows up to be the Man Of Steel.

The second part of the story definitely feels like I could have been watching the 1978 classic. From Gary Frank's art to Geoff Johns's writing  you can tell that the book was inspired by the movie from Superman looking like Christopher Reeve, to his first appearance  Heck, even to Jor-El looking an awful lot like a younger Marlon Brando. I guess that's why I liked this book so much. It's familiar, but a few twists here and there.

I'm aware that this may not be the best Superman story ever written. Die hard Superman fans may not even like this book. To me though, this was one of the best Superman books  I have read in a long time. I now want to read other Superman books and I have my eye on Last Son Of Krypton next. I have heard a lot of good things about that book, so I am hoping I will enjoy it as much as I have enjoyed this one.
Posted by Yankeejetsfan at 10:34 PM