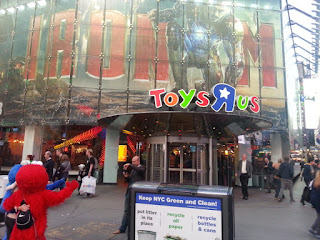 Earlier in the week, I read in the New York Daily News to celebrate the release of Iron Man 3, there would be an exhibit of different Iron Man armors on display in Toys R Us, located in Times Square. Now, normally, I avoid Times Square the way Superman would avoid kryptonite. But, to see some cool Iron Man armor, I would have gone during rush hour and get belted by a tourist's camera in the chops (which did end up happening, Grrr...)

I decided to head over one day after I got off of work. I had to pay my gym membership fees anyway and my gym is about 5 minutes away so I walked over to check out the suits of armor.The write up in the Daily News made it seem like a pretty big deal. Now, I realize they are not movie props, but I was sure it would be a pretty sweet visual anyway. 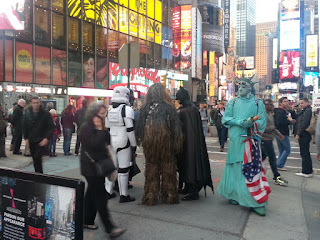 Only in NYC can you see Batman, Chewbacca, a Stormtrooper and the Statue Of Liberty hang out together. Sounds like the beginning of a really bad joke.

Once I walk in I zoom over to the Iron Man display, expecting to be wowed...only the Daily News failed to mention that the display was just of the action figures behind a plexi glass display case. Still pretty cool, just not a Hall of Armor like I was expecting. Oh well, it was still pretty cool anyway 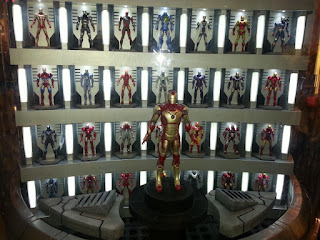 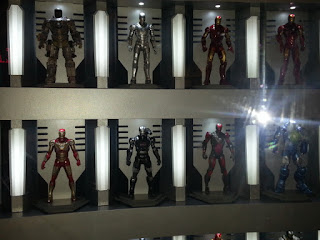 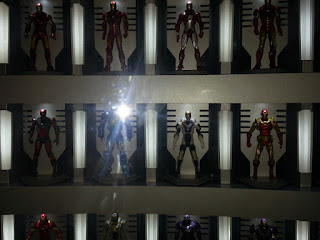 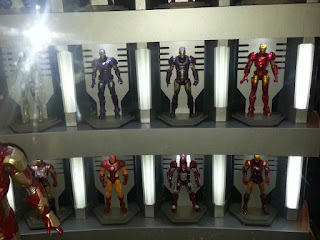 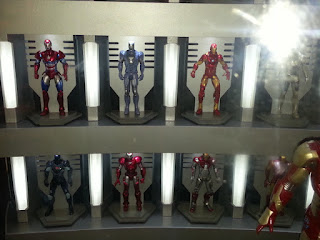 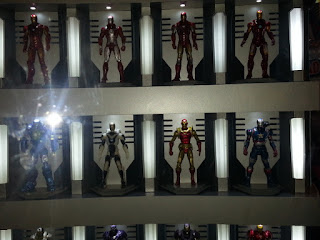 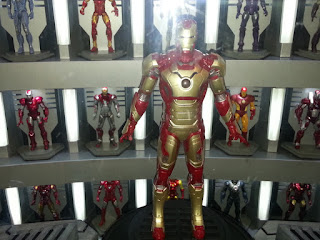 After being disappointed/amused, I strolled around the Marvel area and saw the new Iron Man figures for the new movie. 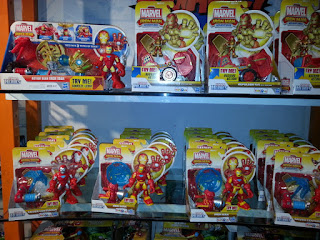 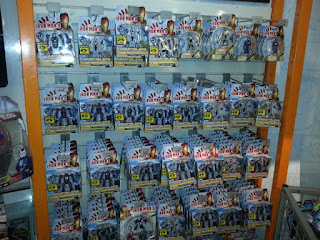 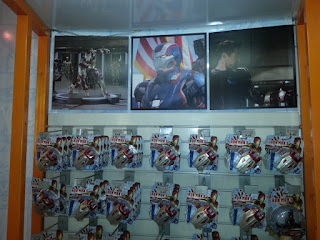 You could also watch the trailer, which was being replayed as soon as it ended. I watched it twice before moving on. 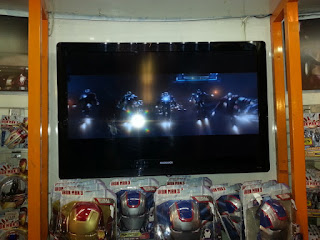 Wandered over to the Star Wars section to see if there was any Luke Skywalker toys I could have been tempted by. I ran into a couple of familiar faces while I was there. 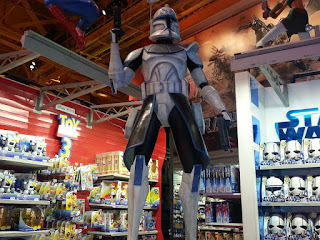 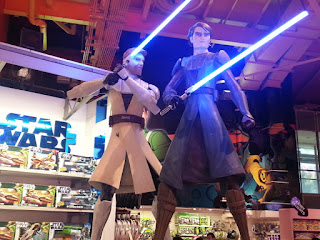 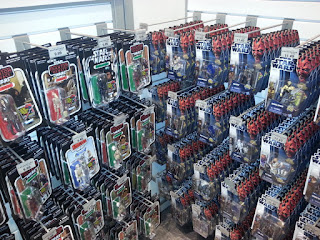 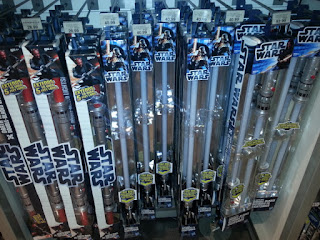 All that stuff and no Luke Skywalker stuff. Just as well. I might have been tempted to spend money.

What says you, Optimus Prime? 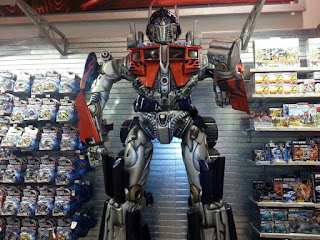 Spidey was there too. 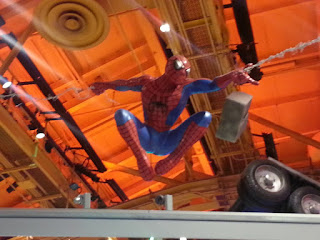 Ran into the Batman toys as well. 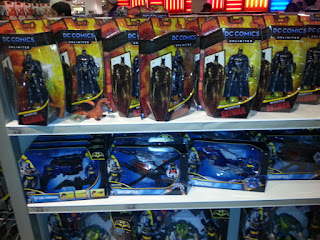 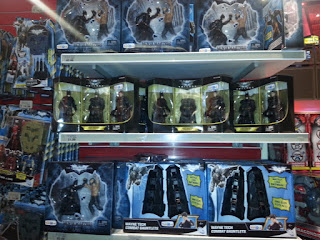 Trying to concentrate only on the vintage stuff this year, but all the new stuff is making it hard for me to not reach for my wallet. Especially this cool piece. 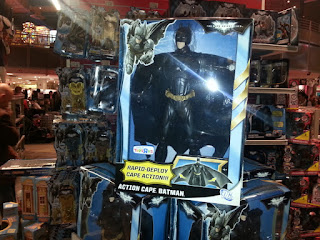 I actually went on a good day. Usually, Toys R Us in Times Square is rampant with kids, tourists and other fellow New Yorkers. On this day, it wasn't crowded at all which made it easier for me to walk the aisles and look at all the awesome, but expensive, toys that was being sold.

I didn't walk away with anything, but I know once I see Iron Man 3, I will be tempted to pick up some new figures for my Iron Man collection. I won't be seeing the movie until I am in Los Angeles next weekend. Hopefully, the theater won't be all that crowded and I can enjoy the movie. I hope the movie is good. From the trailers I have seen, the movie looks great and I know I'm going to love it and see it multiple times.

If your in the NYC area and want to see the display case, it's on the top floor in the Marvel Area. You can't miss it. Just don't try to walk off with any of the armor. I thought I saw agents of S.H.E.I.L.D floating around.
Posted by Yankeejetsfan at 11:58 PM