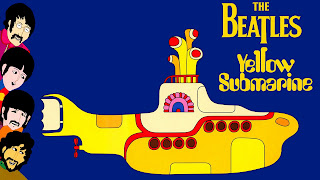 As I mentioned before, I have become a huge fan of the POP vinyl figures. I love the look of these little bobble-heads and I am starting to look for them as I am out and about. I have already made a list of th ones I want to add to my small, but growing collection. A list, which is now down by 4 thanks to my latest birthday gift. 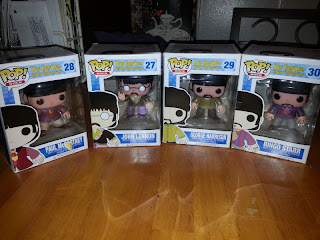 These Beatles POP figures have been on my "Must Have" list for quite some time now. My friends, Julissa and Mike, know how big a Beatles fan I am and bestowed all four of the Fab Four upon me as a birthday gift. Funko released them as their Yellow Submarine counterparts as well as a Blue Meanie in this set. 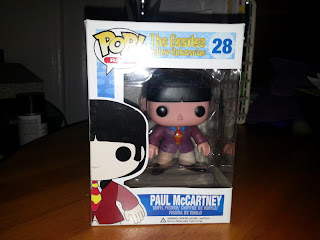 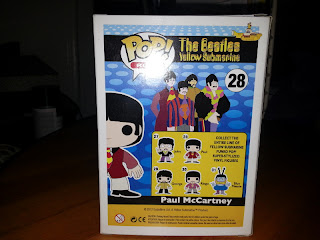 The back of the box shows the characters in the set and continues the trend of colors and lettering that was on the front.

Lets take a look at the other 3 Beatles: 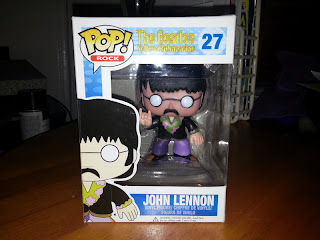 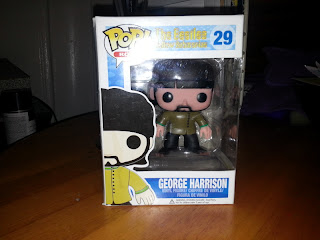 George Harrison (It's all in the mind) 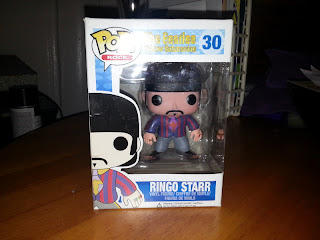 This is a great looking set and a must for any Beatles fan in their collection. These will look great next to my McFarlane Yellow Submarine figures and I cannot wait to put them up when I have room to display my Beatles collection. I'm hoping for a second series where we can get Jeremy, Fred, Glove and maybe The Beatles in their Sgt. Pepper garb. I would love a set of POP's with the Beatles as themselves from their Saturday morning cartoon show.

Huge thanks to Julissa and Mike for a very thoughtful gift. Oh, almost forgot to show off my birthday card. 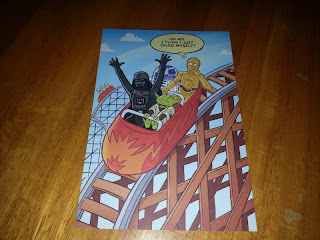 I'm not going to say what age joke was inside.
Posted by Yankeejetsfan at 8:18 PM