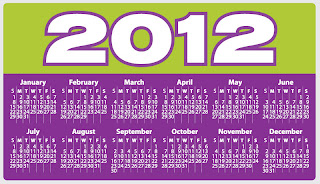 First off, I'd like to wish everyone a Happy belated New Year. I hope everyone had a safe and happy holidays. The month of December was crazy busy for this sexy geek, which explains the lack of postage from me. So, my list of 2012 Collecting goals are a bit late, but here they are nonetheless:

My card collection has gotten a bit out of hand. I have boxes upon boxes of unorganized madness, so I have decided a couple of things:

A-Concentrate On The Team Sets.

First and Foremost, I want to try to have as many complete Topps teams sets as possible, especially with my Yankees and Jets collections. My Yankees team sets are as complete as you can get from 1972 on. I might be missing a card here and a card there, but those sets are pretty complete. For the Yanks, I would like to concentrate on the years I'm missing. Of course, there will be cards I won't be able to pick up, like a Mantle or Berra or Ford or Maris, as my budget will be tighter this year, so unless I get a steal or a well loved card, my sets will be missing those key players for a while.

As far as the Jets go, this should be an easier task. Namath is really the only big name player in any older set and I can live without a Namath in my sets. My Jets team sets are nowhere as complete as my Yankees are, so persuing those sets are one of my top goals.

I can't begin to tell you how much I have spent in the past on a blah game used card. I decided that unless the card is too good to pass or it's an awesome patch card, I will not be picking up a lot of game used this year.

I love these cards, especially inserts from the 90's sets. I am building binders full of these beautiful cards and will continue to do so in 2012.

2-Get Back Into Autographing:

The last year or two, my TTM'ing has gone down significantly. My thoughts were, why take the time and effort to find/make a card, write a letter and wait x amount of days for it to possibly return signed when I can just go on ebay and buy it, certified.

Well, my budget has dictated that if I want to continue to collect autographs, I'm going to have to go a cheaper route and that is TTM's or free signings. I have a lot of cards that I could put into use instead of them just sitting in a shoe box marked doubles. Time to whip out the pen and buy a roll of forever stamps.

Plus, there are projects I want to start. I'd like to go after wrestlers TTM, or try and put together a signed set of cards from a couple of my favorite teams, like the 1996 Yankees or work on a multi signed 8x10.

In 2011, I bought and read the Marvel Essentials Vol. 1's of Iron Man and The Avengers. Obviously, buying vol 2's are in order. I have also been collecting the Essential Amazing Spider-Man and reading those. I think I am at Vol 4, so I need to get the others this year.

I also would like to pick up the Essential Captain America, Hulk and Fantastic Four at some point. Since I got a Kindle Fire for Christmas, if I can get those digitally, even better.

2011 saw me reembrace my inner geek when I started to pick up pieces here and there. I was buying figures, comics, t-shirts. Pretty much, anything I could get my hands on, I got. There was, and still is a limit to what I would get. I didn't want to buy a Polar Suit Spidey, complete with whale skin winter jacket or an Aqua Dive Batman, with green camo suit and bubble helmet. Nope. If the figure didn't come in the actual outfit, I wasn't buying it. I also did not really pick up any figures of the rouges gallery for Spidey or Bats, although I do have a few cool Venom's, Goblin's and Joker's in the collection. That might change this year, depending on space.

I do have certain things I'd like to pick up or continue to collect. I made some progress in my goal of collecting as many Amazing Spider-Man comics, issues 1-200, as well as Peter Parker: The Spectacular Spider-Man. I'd like to continue hunting down isses I need in 2012. I would like to start a Batman or Dectective Comics collection as well. Reason I have not started a Batman comic collection is $$$. Most of the older Batman comics are way out of my price range. But, the more I think about, with my Spider-Man comics, if the condition is decent or I can get a great deal, why not start Batman?

Figure-wise, I would love, love, love to grab the Hot Toys Spidey or Batman figures, especially the Michael Keaton one. Looking forward to the Captain Action Spidey re-release as well. I also need to go back and pick up some figures I am missing as well, so more comic shows, toy shows, flea markets and thrift store visits for me in 2012.

5-Fill other Holes/Start Other Collections:

I haven't really added to my Beatles, KISS, Back To The Future, Monkees collections in a while. There are things that I would love to grab, like the KISS: Alive box set or the Beatles Cartoon Series box set. I have been looking for decent prices on these, but I might have to suck it up and pay the prices I have seen on ebay/conventions if I really want them in my collections. I am also looking forward to Mattel's Back To The Future line coming out this year. I haven't heard or seen anything about them, so I hope the set hasn't been cancelled. If so, I will just grab the delorans I have seen or rebuy the BTTF Part 2 card set I used to have.

Been wanting to start a Avengers/Justice League figure set as well. I love the Classic Avengers box set I have seen and I'm kinda kicking myself for not grabbing it when I first seen it. I am just not thrilled with the 3 3/4 size of the figures, as well as the Marvel Universe figures. I had heard that the Marvel figures will be back to the 6" to 8" scale we have known and loved before, so I should be happy with that.
I would also love to pick up the Christopher Reeves/Michael Keaton/Linda Carter statues I have been seeing as well.