This week's assignment from The League Of Extraordinary Blogger is a real simple one for me. The assignment:

Pawn Stars, American Pickers, Hollywood Treasure, Storage Wars, Toy Hunters, Auction Hunters, Auction Kings — the list of reality TV treasure hunting shows goes on and on. If you could spend a week with the crew from one of these shows (or one that I missed) who would it be?

I almost went with Comic Book Men on this one cause I could totally see myself hanging out with Walt, Mike, Ming and Bryan, but then I realized, this is a TV Treasure Hunters question. So, with that in mind, I'm going to go with the show about 90% of The League is probably going with 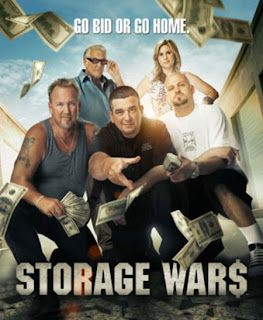 Storage Wars is the first of these Treasure Hunter shows I got hooked on and it's the one I watch still more than any of the others. I love watching to see what these guys are going to bid on, what they win and the interaction with each other. From Brandi getting pissed at Jarrod for bidding on crap to Dave and Darryl seriously disliking each other (which may or may not be real) to Barry just being Barry, which is probably my favorite part of the show. 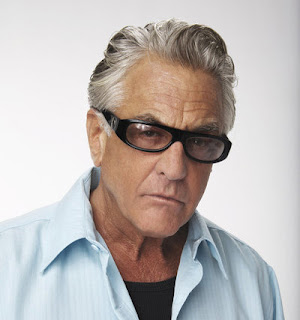 Oh Barry, you crazy nut. From your dressing like a bum to you hiring psychics and then hiring a midget on stilts, the stuff this guy has pulled off from day one on the show, to me makes him the most intresting of the bunch. The thing I like about Barry the most is he's a collector and hunts to quench his hunger to add to his collection. 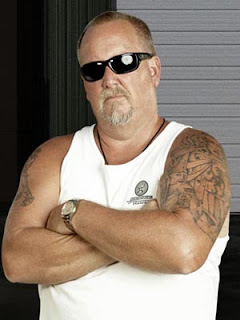 I like Darryl. He's a tough guy, but will drop words of wisdom when its needed. Like when Jarrod bought a locker with an empty safe, Darryl told Jarrod that the SAFE is what's going to make Jarrod money. Darryl knows the business and I think I could learn a lot by hanging out with him. I'd love to toss back a few beers with Darryl after as well. 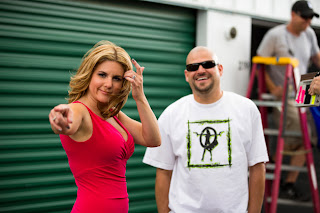 Ok, Jarrod seems like he's a pretty cool guy whom I'd probably get along with well, but oh that Brandi. Hot, hot and too hot. I don't think I could hang out with them cause I would lose focus on biding on lockers cause I'd be too busy staring at Brandi. I do love Brandi for something other than her bodacious bod and it's because she found Megos. And not just any Megos, mind you. There was the expensive ones, in package or on card. I saw the expensive Catwoman, Wonder Woman, Thor, and one that is a white whale for me, a circle suit Spider-Man. Brandi, you make my heart sing. 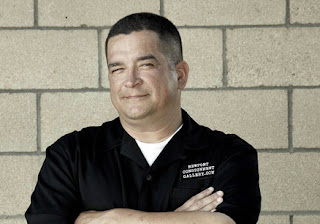 Here's the reason why my stay on Storage Wars would be a short one. Dave Hester. His smug personality, his annoying habbit of bidding the price up and walking away just to assert his dominace and that skreeching YUPPPPPPPPPP of his. I probably would have stuffed him in a locker first show and that would have been it for me. He reminds me of too many people who think they are better then everyone else. But, then again, it might just be an act. Highly doubtful though.

As much as I would like to think the cast members would welcome me with open arms and teach me the tricks of the trade, I'd probably be viewed as just another threat or Johnny Come Lately. Therefore, I'd probably buy the worst locker there and I'd have to start my own show, "Mike's Bunch Of Crap" which would be cancelled in 2 weeks flat, leaving me in a roadside ditch.

Take a look at some of the other members of the League's responses:

Posted by Yankeejetsfan at 12:27 AM