Package From The Relm Of Coolness

Very rarely has my geekiness been touched by coolness, but that's what happened when I made a deal on some figures with Brian from Cool And Collected. He's become a mentor and a friend so I was super happy to pick up some figures from him. If your not reading his blog, shame on you. Here's the link in case you need it: http://coolandcollected.com/ 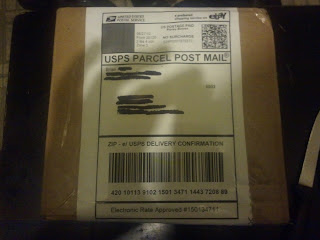 A nice sized box was waiting for me at the post office today. After the gym, I bought it home and opened it up. Here's what was inside: 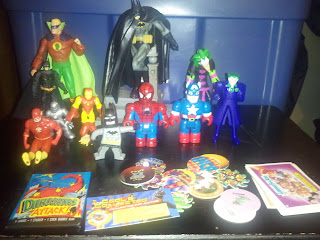 Oooooooh, look at all the goodies I got today. That group shot was a you know what to take. 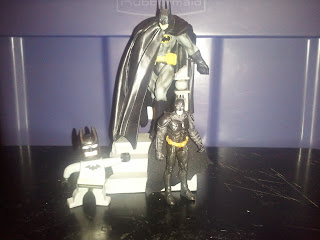 Some new Batman stuff for the Batman PC. Would you believe that's my first Christian Bale Batman figure? Heck, I'm shocked myself. That vinyl Batman piece is awesome in person. 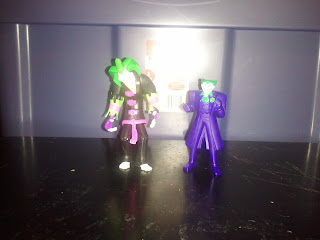 Gotta have some Jokers for Batman to tangle with. I love that Brave And Bold Joker. The art on that show was awesome. I'm just sorry it's off the air now. I'll just have to pick up the seasons on DVD. 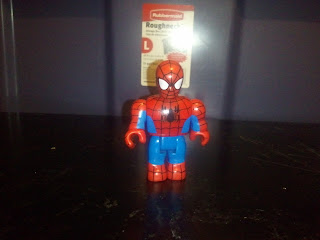 A new add to the Spidey collection. Not sure if this is a Lego Spidey as it's a bit too large for Lego, yet it has the holes in the back and under the feet to put him on the blocks. Still, a cool figure to add to the collection. 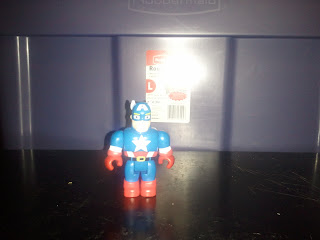 Grabbed this Captain America as well. Will go into the small Avengers PC I will have. I have a Marvel Legends Cap that this will go very nicely with. 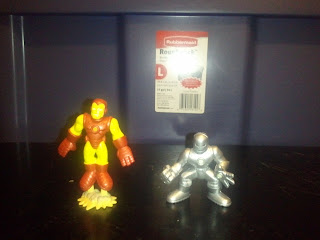 I saw these 2 Iron Man Super Hero Squadron figures and I just had to have them. Love the Mark I figure and the classic Iron Man taking off. My favorite Iron Man outfit is, I think, the Mark III, which was the horned like helmet he wore for a spell just before this one. But I have love for this armor as it's the suit Tony Stark wore as I was growing up. Iron Man has quickly become my third favorite hero and I am starting a PC for him as well. These 2 figures wll go great in the collection. 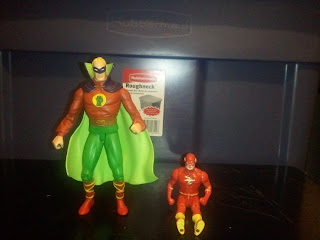 Grabbed this Allen Scott Green Lantern before one one my other fellow Leaguers did. This is one sweet looking figure and will go nice on the shelf with the Green Lantern and Sinestro movie figure I picked up at Super Mega Show. The Super Powers Flash is well loved, but I couldn't pass up a Barry Allen figure to go into my small JLA collection. 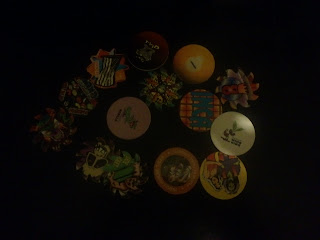 Brian also threw in some freebies. I've never had Pogs before. I'm sure I can figure out something to do with these. 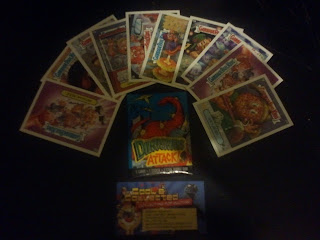 He also threw in some Garbage Pail Kids cards, an unopened pack of Dinosaurs Attack and his business card. Very cool freebies.

I want to thank Brian for an awesome deal, one that was not a drain on the wallet, yet enabled me to add some awesome swag to the collections. I can't wait for the next deal. I have my eye on a certain piece in his ecrater for a PC I'm working on. I'm also waiting for him to open a few more boxes. I'm sure I will have another unboxing soon. Can't wait.
Posted by Yankeejetsfan at 10:57 PM