Today, my buddy and I decided to hit the road and attend the Long Island Toy Show, which was held on the campus in Hofstra University. I have never attended the toy show here, only the card shows and Jets Camp before they left for Cortland. I honestly wasn't expecting to pick up much today when I arrived.

When George and I arrived and paid our admission, we saw the show was being held in a smaller room then we were used to seeing at a toy show. 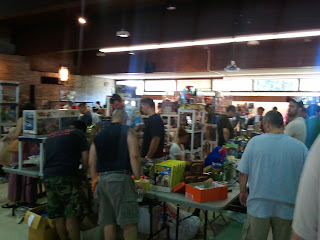 But, we were fooled. There were dozens of dealer tables peddling their wares. Fom vintage to not so vintage. To broken to brand spaking new. T shirts, autographs and much more were being sold at this show. There was a very good crowd as well. 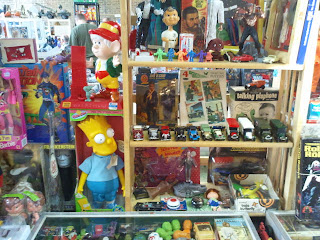 I actually didn't see that vintage Yankees bobblehead. Would have inquired about it if I had. 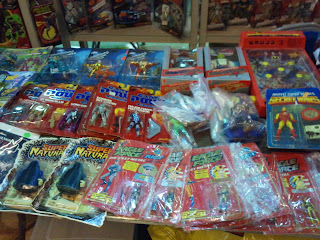 I didn't walk out with that Secret Wars Iron Man, but it's on my want list. 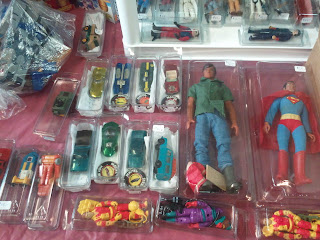 Already have a Mego Superman, but that one is a beaut. Hope he went to a good home. 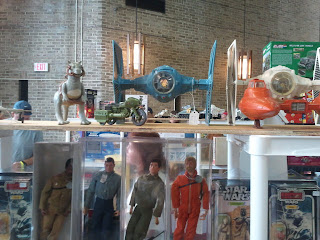 Nice looking Tie Fighters. The vintage GI Joe's were very cool to look at in public. 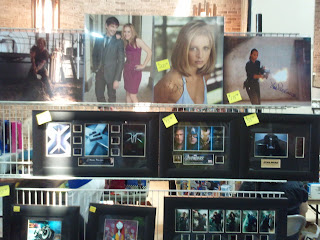 Nice selection of autographs were being sold by this dealer. I try not to buy autos without a certificaton from a reputable company like PSA, Global, etc. 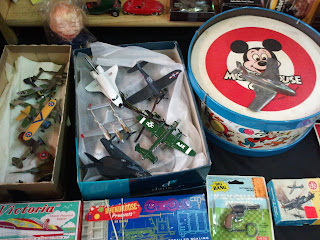 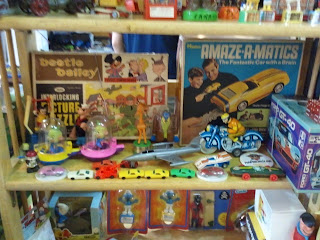 Check out that vintage Beetle Bailey puzzle back there.

I'd like to say that I held back from buying and did a walk around first. But no. I bought at the first table I visited. There deals today and we made out like bandits. Some of the stuff I bought were in the 5 for 2 bucks category.

Before I arrived, I made a mental list of what I wanted so that I had something to focus on and not go crazy buying anything. I would buy only Spider-Man, Batman, Iron Man, and Luke Skywalker/Star Wars goodies. I think I did a good job of sticking to the game plan. 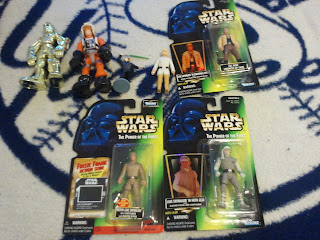 Some great pick ups here. The carded Luke Skywalkers were 3 bucks each. The vintage 1977 Kenner Luke Skywalker was 50 cents. Missing the lightsaber, but there is very minimal paint loss and I can pick up a repo lightsaber. Btw, I almost walked away from this because of the missing lightsaber. But picking it was a smart move and it saved me the wrath of George. 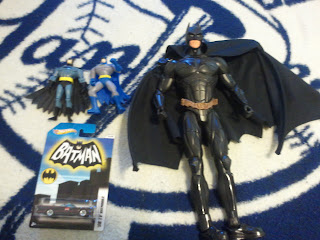 Added another Batmobile to my growing Batmobile Army for 2 bucks and the Super Sized Batman figure for 10 bucks. Another figure I almost walked away from, but my better judgment took over. Especially when I bundled it with another figure. 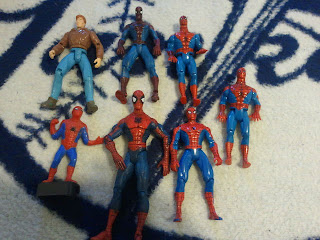 Some solid pick ups here in this Spidey lot for my Spider-Man collection. Managed to pick up my first Peter Parker figure and a 1980 Spider-Man pencil sharpener for 50 cents. The sharpener was something I was keeping an eye on ebay at the 7.00 price range and 3 bucks shipping. I did well. Again, my buddy gets the credit as he pointed it out to me. A couple more adds to the growing Iron Man collection. Remember I said I bundled that 12 inch Batman figure with another? I was able to get the dealer to sell me the Avengers Iron Man for the same price as the Batman. I saved 2 bucks on it and got my very first Avengers figure. 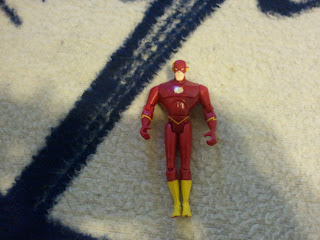 And finally, a Flash figure, all by his lonesome (universal Awwwwwwwwww). He was a throw in, but it will go with the Super Powers Flash I picked up from Brian.

And there you have it. A great day of toy shopping out on Strong Island. And I spent under 30 bucks total. I love a deal, especially on my toys. This is a toy show I will definately be attending this show again.
Posted by Yankeejetsfan at 11:18 PM