I know what your thinking. You're thinking, "Hey, geek! Where are the autograph successes. We know you're sending them out still. Put down the Spidey figure, turn off Raw and show them". Well, in my defense, they just haven't been coming in. I have a bunch out there right now and I have only been getting 1 in. Maybe 2. But that really about it. It's frustrating because I watch youtube and I see these guys getting in 7 packages at a time and I only get 1 and that's per week!

Well, I am not giving up! I will continue to send out requests and be happy with the one success a week, dagnabbit!

So, here are the more recent successes: 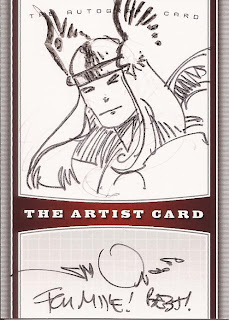 Not sure if I have shown this one already, but just in case. This is legendary comic book writer/artist Walter Simonson. Notable works include Thor, X-Factor, Fantastic Four, Superman, Star Wars, Batman and Battlestar Galactica. He introduced Beta Ray Bill to the Marvel Universe and turned Thor into a frog for a bit, Walter drew me a quick Thor sketch and signed it in about 2 weeks.

I gotta tell you, I love getting these cards back from the artists. They are so cool when you see them in person. I have about 7 requests still pending. Hope I get them back. 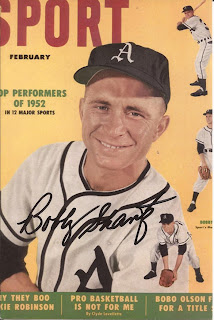 Bobby Shantz was kind enough to sign this photo for me in a few days time. I had originally sent out 2, but I was unaware he had a brother who also played for the Yankees. I did find a pic of him in a Yankee uniform so I will be sending another request out to him soon. 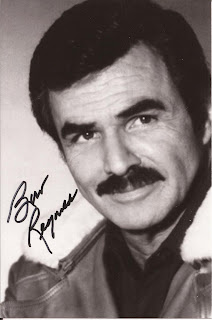 I have always been a Burt Reynolds fan so I was thrilled to get a nice return from Mr. Reynolds. Loved him in movies such as Deliverance, The End, Cannonball Run, Boogie Nights and even Sharkey's Machine. But to me, he will always be the Bandit. I was pleased he signed these 2 photos for me as well. 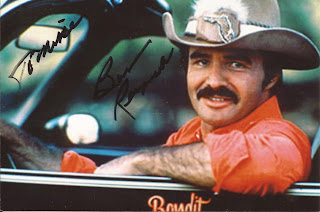 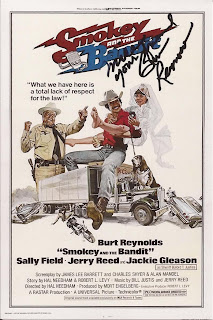 Those will stay in my collection, I can assure you. 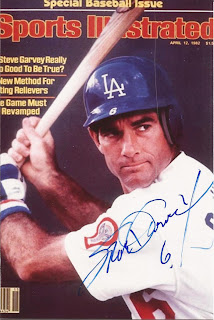 When I heard Steve Garvey was signing through the mail I quickly jumped on the opportunity to send out this photo. As happy as I am that I got it back, I am a bit upset that who ever opened the letter in his end left a long scratch on the photo. 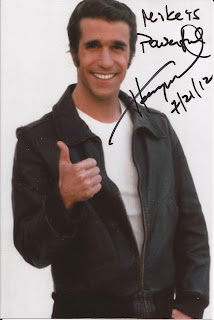 Yes, even the Fonz knows I am powerful! 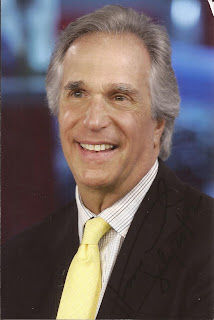 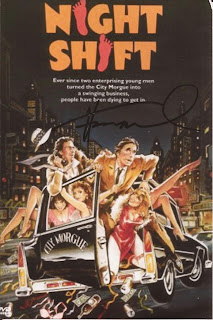 I was thrilled when Henry Winkler signed my photos. I have been a fan since I was a kid, watching Happy Days and clutching my Fonzie Mego doll. God, I wish I still had that figure. And his Jalopy too. Also loved Night Shift. I can still hear Michael Keaton's obnoxious humming to "Jumping Jack Flash". 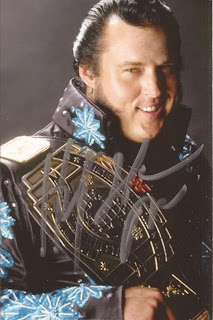 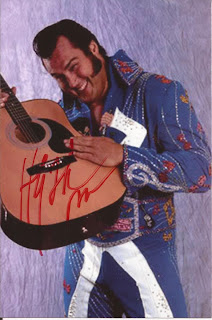 I was able to get the Honkey Tonk Man to sign these 2 photos for me. Had to get one of the longest reigning Intercontenental Champion holding the belt and I like how it came out. I miss the days when that title ment something. 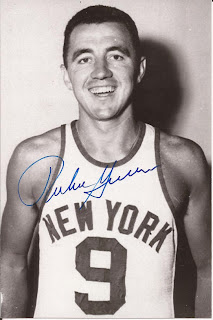 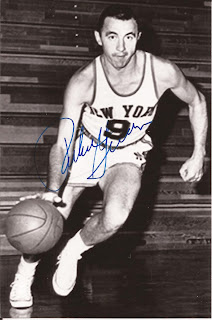 Former Knicks guard Richie Guerin signed these 2 photos for me in about a weeks time. Guerin was a star for the Knicks in the 1950's and 60's, becoming a 6 time All Star. and became the first Knick to score 2,000 points in a season when he scored 2,303 in the 60-61 season. He also signed a bookplate for me so I could start my Knicks project. 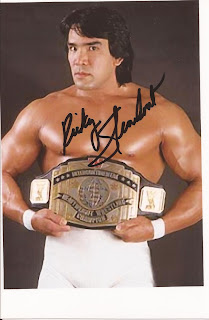 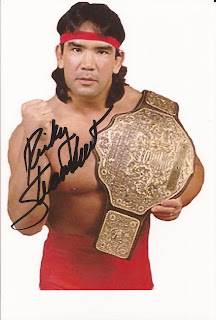 I was able to add another legend to my collection when Ricky "The Dragon" Steamboat signed these 2 photos. I wasn't the biggest Steamboat fan growing up. All my affections were for Roddy Piper. But I always respected "The Dragon". I watched that thrilling match he had with Randy Savage at WrestleMania 3 and was blown away. I think that was the greatest match in wrestling history and it's a shame the WWE doesn't give it the proper respect as such. 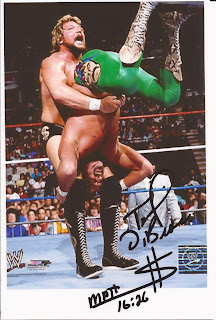 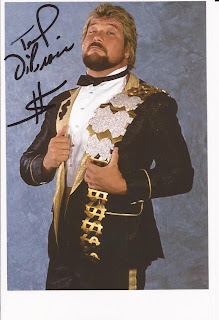 I marked out for this guy in the 80's. Ted DiBiase had one of the greatest gimmicks in the business as well as one of the greatest heel laughs of all time. His theme song still cracks me up. Money, Money, Money, Moneyyyyy. The WWE really should have let him be the champion for a little while. Not only was he a great heel, but he was also a great technical wrestler. A match he had against Bret Hart was one of the best and it wasn't even aired on TV. Mr. DiBiase signed these 2 photos sent in care of his ministry. 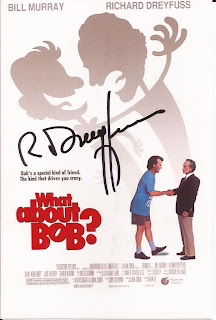 I was thrilled that I got this return from Richard Dreyfuss, until I saw i didn't match up with any certified autographs of his. Upon further investigation, I found out his autos in the mail are secretarial.

This one is up for debate 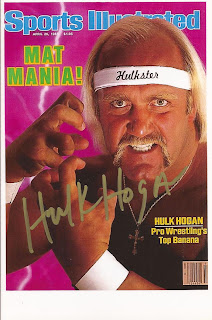 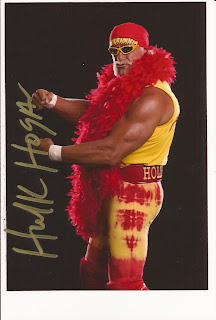 I have heard that these are phonies while some say that they match up with some in person autos they have seen so who knows. I need to do some further investigating to come up with my own conclusion on if they are real or fakes.

I hope to be able to show off more through the mail successes in the very near future. I have a bunch of requests still pending and I plan to send off a bunch more this weekend. Hopefully, the mail will start picking up shortly and I will have my own 7 return days as well. There is nothing like the thrill of finding one of your self stamped addressed envelopes in your mailbox. Its why I continue to send out requests and I hope you too will experiance it for yourselves. Once you get that first return, you will never stop.
Posted by Yankeejetsfan at 12:01 AM