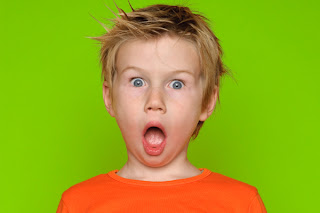 The other day, I was in Walmart in White Plains, NY. I went in to see if they had something I had heard was released and there it was: The Walmart Exclusive Avengers Iron Man figure. I saw a becon of light shine down on it and heard angels singing. I knew I had to have it.

Ever since I saw the first Iron Man movie, I had wanted to start a small Iron Man collection. The character has rapidly become my third favorite superhero behind Spidey and Batman, yet I hadn't picked up anything to start the collection, save a round Iron Man head....thing I got from a gumball machine. I wanted the Avengers Walmart Exclusive Iron Man figure to be the one that kicked off the PC. I grabbed it off the peg and started walking to the register. I looked down to admire the figure in it's packaging. The head sculpt, the battle damage, the 16.99 price tag....

My jaw dropped when I saw the price. 16.99? I thought Walmart was supposed to be the home of awesome prices. What do they think I am, a Kardashian? Out of disgust, I put the figure back.

A few days later, I took a trip to Toys R Us in Midtown Manhattan. Always a treat to go there. The crowds, the tourists blocking the aisles to take pictures of the huge dinosuar, the workers hawking the little helicopter that magically flies or trying to stop you and snap a photo where you have to pay close to 20.00 for it. But, I digress.

I walked by and saw the new Dark Knight Rises Movie Master figures and quickly grabbed Batman and Bane and looked at the prices. 21.99 each. Are you kidding me? I turned around and saw they also had the mini 1966 Batmobile, Super Friends Batmobile and Comic Book Batmobile boxset that would have intregued me until I noticed the 29.99 price tag on it. I ran out of the store wondering, have the toy companies gone insane?

I knew something was up when Target or Toys R Us would charge close to 10.00 for the 3 inch figures. I just didn't know they would go off the deep end on prices for 6-8 inch figures. But, if people want it bad enough, they will pay for it.

Look at Hot Toys. Yes, they are awesome, awesome figures. Stuff that I would love to have in my collection. The Michael Keaton Batman, Jack Nicholson Joker and the upcoming Luke Skywalker are figures that I would kill to own. But at 250.00 a pop and up, they are some figures I will have to live without in my collection. But collectors are grabbing them and the companies justify the price because of it.

I honestly have a limit when it comes to my toy spending. If its something I have to have and I have the money, I'll pick it up, within reason. I have been wanting the remote control 1966 Batmobile since I first saw it last year, but I don't want to pay 40.00 for it. I have been waiting to see if I find it cheaper elsewhere. When I bought the large 1966 Batmobile, I paid 10.00 for it at NYCC, not the 40.00 Toys R Us was asking. If you are paitent enough, you can find what your looking for at more reasonable price. I have my eye on a couple of loose Iron Man figures on ebay for less than the 17.00 Walmart is asking for.

Or you can do what I did and pay 22.00 for the Marvel Select Spiderman I saw last week. Silly man, when will I ever learn?

Posted by Yankeejetsfan at 11:57 AM