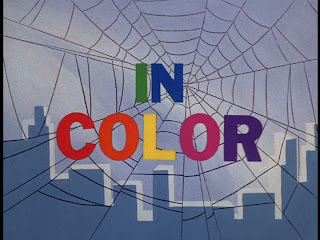 I remember the days when I used to wake up real early on Saturday mornings to watch 6 hours of non stop cartoon goodness. Yeah, 6am. I was the kid who refused to get up at 7:00 to make a 7:30 bus for school, but yet I would happily get up at 5:45 to grab some Lucky Charms or Count Chocula to nosh on as I watch some awesome 'toons. The other day, I got curious and checked out what was showing on a Saturday Morning. What I saw was informercials. Are you freaken kidding me? I wanted to see Tom and Jerry and saw some dude spouting the virtues of a t-shirt that would hide your belly fat (I ordered 3 in back, white and fucia blue).

So it is my duty to get this right. On my new channel, WMIKE, we show cartoons on Saturday. And not just any cartoons. We got the vintage stuff here. And if you like Superheroes, well sit back, relax and watch some classic Superhero cartoons. Here's the line up:


Not your typical Hulk Smash Superhero, but I thought it would be fun to start off with a show like Underdog. Might be nice for kids to see where the movie came from.


Unfortunately, the only clip of this cool cartoon I could find has a Spanish voice over during the intro. I always had a blast watching this Batman parody created by none other than Bob Kane, creator of Batman.


Originally titled The Superman/Aquaman Hour Of Power, this show not only shows Superman and Aquaman cartoons, but you will also see the likes of Green Lantern, The Flash, Teen Titans and Justice League of America. Very cool show from Filmation, circa 1967

8am- The Marvel Superheroes


Not to be outdone by DC, Marvel had a half an hour of superhero cartoons that showcased Iron Man, Captain America, Thor and Sub-Mariner. The animation was pretty poor, but the art and stories were lifted straight out of the comics. And oh, those catchy theme songs:


I'm not the biggest fan of the Fantastic Four, but Hanna Barbara did such a great job with this show that it has to be included in my lineup.


The show that made me the Spidey fan that I am today.


While not exactly vintage, it's too good not to be included in the channel's Spider-Man hour block.

10am-Batman With Robin The Boy Wonder


Like with the Spider-Man block, Batman will also get his hour block, starting with his first animated apperance on this Filmation show from 1967.


Almost went with the New Adventures of Batman and Robin from 1977, but I had to go with the best Batman cartoon show ever.


Had to get The Hulk into the lineup and this was a good show to stick in there. With The Hulk's solid showing in The Avengers movie, this show should do well.


This classic anime cartoon should do real well with kids who love japanese animation and adults who remember it's original run in the late 70's.


Finishing off the morning is an hour of arguably one of the most beloved super hero shows ever.

So, there it is. The Saturday morning lineup on WMIKE. These are shows I loved watching as a kid and still do. I think these shows will be very popular today as they were yesterday. All that they need is a new generation of kids to watch and enjoy them just as much as we did. In today's world were video game consoles, the internet and smart phones rule, I think some vintage slips right in nicely to balance it all out because sometimes we all need a break and these shows provide that break. And they do an awesome job, if I do say so myself.
Posted by Yankeejetsfan at 1:58 AM