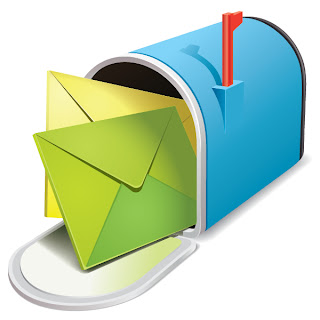 I wasn't expecting any mail today. I haven't really been sending out any requests in a while. I do know I have quite a few requests still out there, I haven't been getting any of them back. So, when I opened my PO Box and found 3 envelopes in there, I was pleasently surprised. On fortunately, one had the dreaded RTS sticker on there.

RTS-Phil Simms. Kind of bummed I didn't get him to sign. I have seen successes for him and he was one of my favorite players growing up. I also enjoy his work on CBS calling games, but alas, he returned my letter. Oh well, maybe I'll try again later. 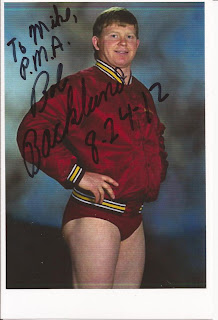 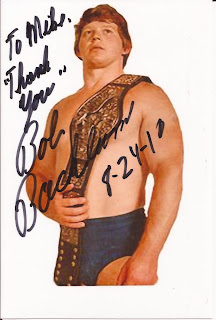 Former WWF World Champion, Bob Backlund. When I first started watching wrestling back in 1982, he was the World Champion. He won the belt a few years earlier at Madison Square Garden from "Superstar" Billy Graham and held it until late 1983 when he lost to the Iron Shiek. He returned to the WWF 8 years later and became WWF champion again, beating Bret Hart. Backlund turned into a crazed heel in a prior match after losing to Bret Hart. He lost the title 3 days later to Diesel (Kevin Nash) at MSG in 8 seconds.

Mr. Backlund signed my 2 photos in about 4 months c/o his company, Backlund Energy. 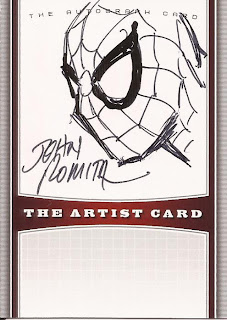 Legendary Spider-Man Artist John Romita. To me, the definitive Spider-Man artist. From 1966-1970, Romita drew some of the character's legendary stories like "Spider-Man, No More" and drew the story that revealed The Green Goblin finding out Spider-Man was Peter Parker and revealing himself to be Norman Osborne. Some of the more significant characters introduced during Romita's run was Joe Robertson, Gwen Stacey, Capt. Stacey and Mary Jane while some of the more notable villians introduced were The Shocker, The Rhino, The Prowler and Kingpin. Prior to his run on Spider-Man, he had a successful run on Daredevil.

Mr. Romita signed my Artist Card in about 3 months. It is now my favorite TTM and is one of the centerpieces of my Spider-Man collection.

These autograph successes weren't returned right away. In the case of Bob Backlund, I hadn't seen a success for him in a few years and I just took a shot in the dark with Romita. I actually gave up on both knowing the chances of success were slim. But when I saw them come back I was thrilled. Sometimes, the longer the request takes, the sweeter the rewards. And today was pretty sweet.
Posted by Yankeejetsfan at 12:15 AM