My Visit To Toy Tokyo 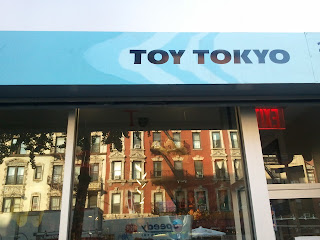 Today I decided to take a quick visit to Toy Tokyo, which is located in lower Manhattan. I had heard of this store and wanted to take a peek at all the toy goodness inside. With the name Toy Tokyo, I expected the store to be mainly toys imported from Japan. Although there were japanese toys, there was a lot of american toys being sold as well. Toys that made this sexy geek wish he had buku money to spend. Problem is, if your looking for bargins, Toy Tokyo is not the place for bargins. The owners know what they have. Most of the toys were being sold at retail or above, especially the vintage goodies.

As soon as you walk in, there is a display case of vintage toys. 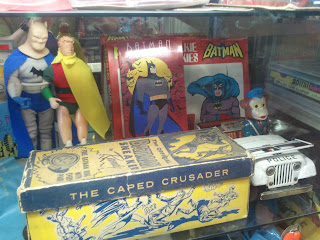 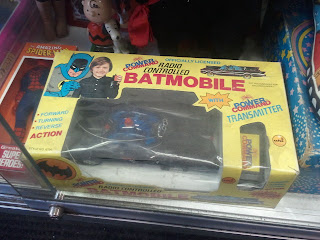 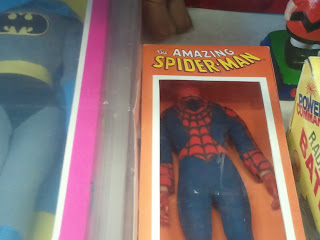 Yes Virgina, that is a circle suit Mego Spider-Man in box. 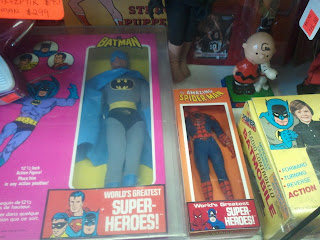 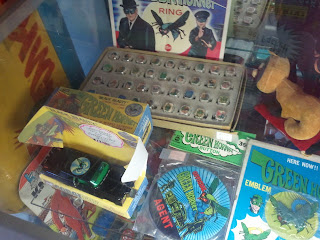 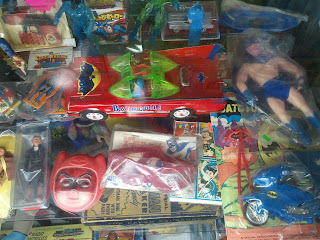 After fogging the glass on this case, I moved on to the bigger cases in the back that housed more stuff. From vintage toys to not so vintage. Japanese to American. All I know is I was staring way too long. So long that I noticed an employee eyeballing me to make sure I wasn't looking for a five finger discount. Not that the thought would come to mind. I'm a good boy. 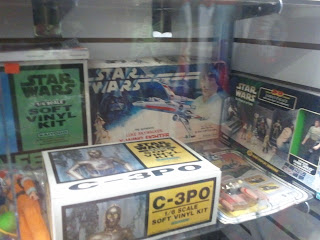 You know I was peeping at that vintage Star Wars X Wing Fighter japanese import model kit. Would look great in the growing Luke Skywalker collection. 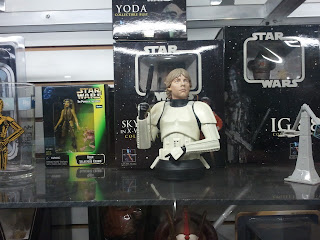 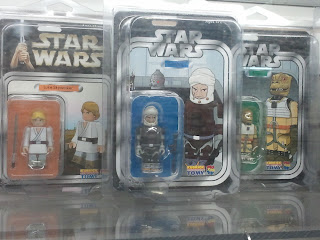 And this. These were kubricks made to look like Lego's. 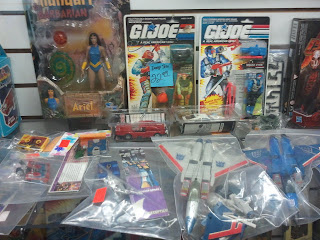 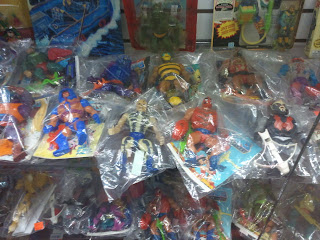 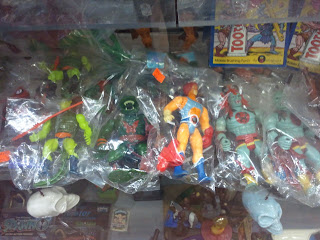 If Superheros is your thing 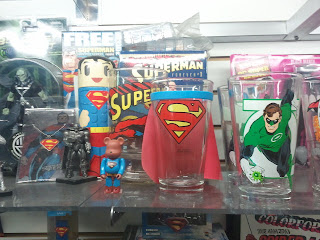 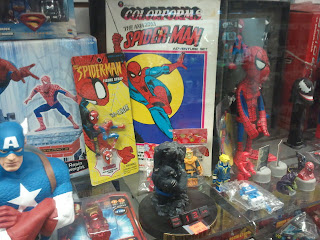 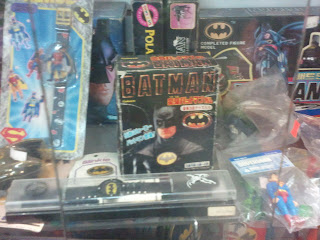 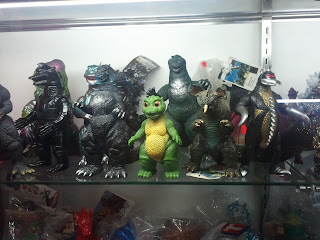 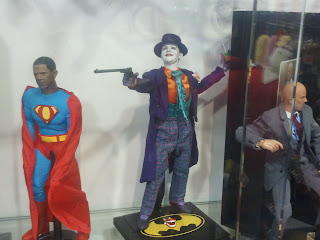 I don't know whats worse to see, a mess of Smurfs 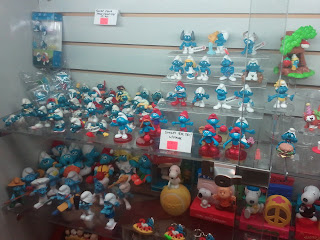 or a bunch of Monchhichi's. Monchhichi, Monchhichi. Oh so soft and cuddly. Don't judge me. 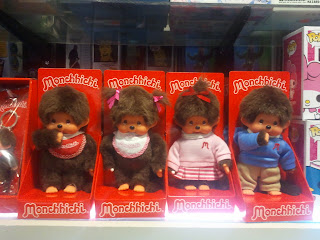 As you can see, Toy Tokyo has a little bit of anything for every collector out there. There was a bunch of other stuff I didn't post pics of, but I assure you that no matter what you collect, you will come away from this place drooling. So, if you wish to visit Toy Tokyo, it's at 91 Second Ave in New York City. They're website is toytokyo.com. If you go and have funny ideas about walking out with a bunch of stuff, let me know. I'll have the car running.
Posted by Yankeejetsfan at 1:13 AM