So I took a break from blogging. I had some family issues that needed my attention. After dealing with all that nonsense, I was looking forward to just chillin like Bob Dylan, sipping on some beers as I read some comics, watched the Yankees and look for more additions to my growing collection. But no, the lure of the League draws me back like a fly to an electric zapper, wanting to be the cheesey hambone showoff that I am.

So, as I returned to the spotlight that is so richly mine, I get handed this assignment from our esteemed leader, Brian:

Television executives have determined that you lead an amazing life and have pegged you as the next big reality TV star. What’s the name and the premise of your show? 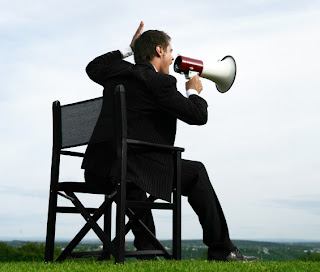 Well, after much thinking, consulting with the stars, meditating with Sexy Sadie (Beatles reference) and swiming with the sharks, I would have name my show what my mom calls my collection: 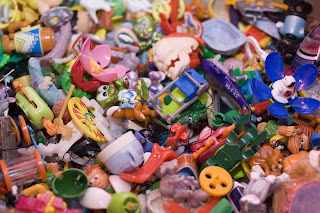 I mean, the title works. To most people, what I have would be a bunch of crap, but to me it's treasure and I'm like Captain Jack Sparrow, I am drawn to treasure....and rum.

The show would be pure Mikey. The viewers would watch as I go to Toys R Us to pick up the latest Spider-Man toy or follow me to Walmart as I fight with a woman and her 8 year old for the Walmart Exclusive Avengers Hulk figure. See me as I anxiously await the final minutes of my ebay bid for the vintage Batman Soakie bottle and look at my frustration as a sniper comes in with 2 seconds left to out bid me for it. See as I go to Yankee Stadium and beg a ballplayer 20 years my junior for his autograph and see me explode into a venomus cobra as I am rejected for the scribble I need. Come with me as me and occasional guest star, my buddy George, go to diffrent comic cons, toy shows and sports card conventions looking to uncover the "Wow" factor. See me as I perform my legendary Pee Pee dance when as I find a vintage 1968 Justice League comic for 5 bucks because the dealer bought it to a Sports Card show. Watch in sheer horror and disgust as I watch Collector Intervention and drool over Elyse Luray while wearing wayyyyy to small Batman Underoos and Taz slippers...ok, maybe we won't be seeing that. Plus, I want an english narrator describing the action as it happens like those old Jacques Cousteau/Natural Geographic shows: "As the collector walks down the aisle of Toys R Us, he spots his prey. A mint in the box Star Wars Luke Skywalker Green F/X Lightsaber and it is the last one. A few paces away, another collector spots the box and a struggle ensues. The first collector, unsportingly, knees his competitor in the groin and rushes off with his prize." This show just sells it's self.

I'm pretty sure a bidding frenzy would ensue over the show. I can see channels such as A&E, SciFi, NatGeo, Travel Channel, Spike and Bronx Public Access getting in on the action until TLC wins the battle for the right to broadcast the show. It would win it's time slot, making yours truly a reality star until I get arrested for buying a mexican bootleg of a Batman figure. I would be kicked off the air and would be resorted to panhandling in the streets of Manhattan with a sign that reads: Will Buy Toys For Money.

Honey Boo Boo ain't got jack on me.

If you enjoyed this blog, please check out blogs from my fellow League Members which are bound to be way better than mine:

Posted by Yankeejetsfan at 11:57 PM