Batmobiles! Hey, Does Superman Have His License? 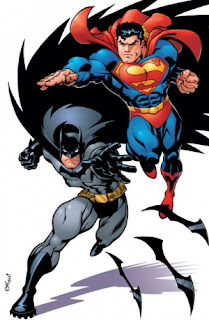 During this past summer, I stepped up in my quest to add more Batmobiles to my Batman collection. As long time readers know, the Batmobile is my very favorite pop culture vehicle. From the 1966 live action car to the movie incarnations, the Batmobile usually gets my heart racing and I'm not even a gear head. I just love the Batmobile. 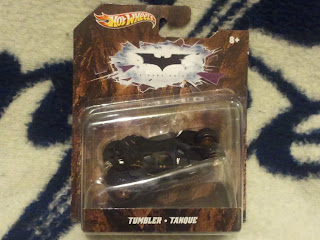 To be honest, I'm not a huge fan of the Tumbler from the recent Batman films, which is why I never went gaga over buying any Tumber related merchandise. Still, any Batmobile collection worth it's salt has to have at least one Tumbler in it's collection and here's mine. I might pick up a larger scale Tumbler if I find one cheap in a thrift store or flea market. I'm hoping the next series of Bat films has a better Batmobile. 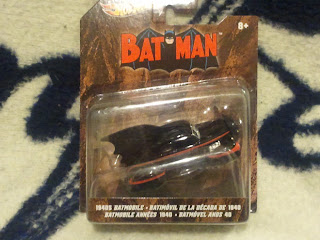 Now, here is a beauty. One of my all time favorite Batmobiles, this one is from the 1940's. I love the look of this car from the big bat face on the front of the car to the big ass bat fin on the back of the car. Ths souped up sedan is one of the nicer Batmobiles they ever made, I think. The Batmobile from the 1950's is similar, with the exception of the search light on top of the car and the bubble dome windows. I hope Hot Wheels has that Batmobile in it's next line. 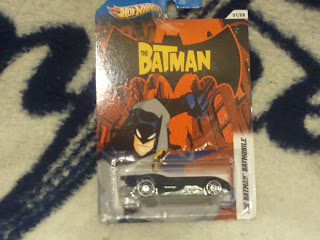 This one is not one I'm too familiar with, I'm afraid. I never really watched The Batman. I meant to, but I could never fnd when it was on and the one episode that I caught wasn't the greatest. I wasn't thrilled with what they did with The Joker and The Riddler, so I never really went looking to watch it again. Still, the Batmobile is pretty cool and I'm glad I was able to add this to my collection, thanks to my friend and her son. 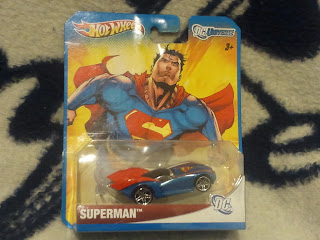 This is one of those head scratchers. Don't get me wrong. I'm glad to have it in my teeny tiny Superman collection, but Superman doesnt need a ride, does he? I mean, is this car pimped out with hydrolics, loud speakers and fuzzy dice? Does Supes drive around in this on his off days around Metropolis wearing a Kangol, a huge gold chain and enough bling to make Liberace blush? Does he dance to Black Sheep like those gerbils do in that Kia commercial? Not sure about that one. I mean, I got the car he used in the Superfriends, the one with the hands to handle Kryptonite with. This one doesn't even have a second seat for Superman to kick it to Lois.

The one good thing about collecting these are they are very inexpensive. In most cases, they are under 3 bucks a pop and can be found just about anywhere. I was never really a car collector before, but once I got my hands on these I couldn't stop looking for more. Now, if someone can make that cool Spidey Buggy from the 70's, I would have it made.

Posted by Yankeejetsfan at 11:31 PM