A Summer Of Amazing 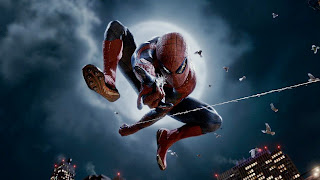 This summer was a terrific summer for superhero movies. We were treated to not one, not even two, but three major hero releases. The Avengers was the highest grossing of the three, but each movie bought something to the summer blockbuster party. The Avengers was a lot of fun; the ultimate popcorn summer movie. The Dark Knight Rises was as good as The Dark Knight. Then there was The Amazing Spider-Man, which was released between the two big guns.

It's no secret, I was nervous about this movie. Sure, I despised Spider-Man 3 and thought that Sam Rami, Toby McGuire and company took a wrong turn with that release and welcomed the news that Sony was letting everyone from that series go. Then we were told that Sony was rebooting the franchise, which I thought was too soon. Then I saw the actor, Andrew Garfield and thought to myself that Sony was trying to make Spider-Man: Twilight. Then I saw the costume and was not happy with it. Opening night, I walked into that theather with more than some trepidation. I was ready to tear this movie apart. After watching it, I realized I was wrong on all counts. Marc Webb did an amazing (no pun intended...ok, maybe a little pun) job with this movie. Andrew Garfield was spectacular as Peter Parker/Spider-Man and yes, I like the outfit now.To me, this was similar to Batman Begins and hope that the sequal does as well, if not better. I'm very happy to hear that both Marc Webb and Andrew Garfield will return for the next installment and hope to see J.K. Simmons return as J.Jonah Jameson.

Of course, what's a summer of Spider-Man without some new additions to my Spidey collection. I have previously shown off some Spider-Man goodies, but here are some more that I didn't get to show off. 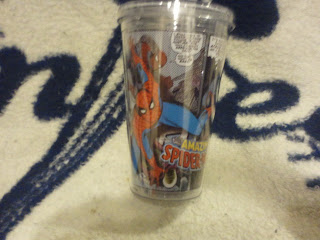 ﻿
I bought this cup at Spencer's at the beginning of the summer. I was anticipating a hot summer (which it was) and thought this would be a great cup to have to keep my drinks cold, but alas, I never used it. I just loved the John Romita graphics on this cup and could never bring myself to use it. maybe one day. 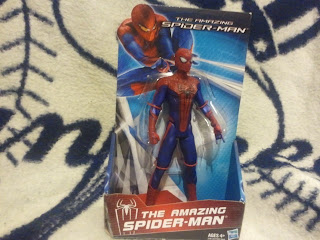 This is probably my favorite Spider-Man pick up of the summer. Unlike the Marvel Select Spider-Man I grabbed with tons of articulation, this Spidey has very little articulation, yet looks more like the movie Spidey than the Marvel Select figure. I found this figure at Barnes N Noble of all places and never seen it at any Toys R Us, Target or Walmart. I wonder if this was a Barnes N Nobles exclusive or something. That would be weird if it was. I mean, a bookstore figure excusive figure?? 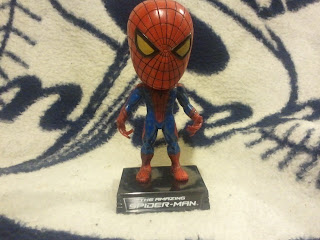 I love Spider-Man. I love bobbleheads. This was a union made for me. This is my third Spidey bobblehead and he fits nicely with my other two. I found this...wait a sec. Gotta give credit where it belongs. My buddy George found this for me. We were up in Poughkepsie at a Goodwill and he found this in a bin. The box was busted up, but the bobblehead was in pristine condition. Paid only 5 bucks for it. 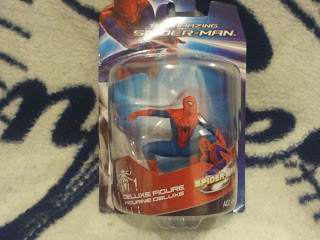 Not sure if I showed this one before. I found this in a Marshalls. It's a PVC figure. It's a nice little add to the Spidey collection and I didn't really spend a lot on him. Paid 3.99 for it. 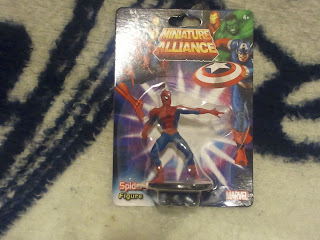 Another PVC figure I found and snagged when I saw it. Found this one in Poughkepsie as well, in a Big Lots. Paid 2.00 for this bad boy. 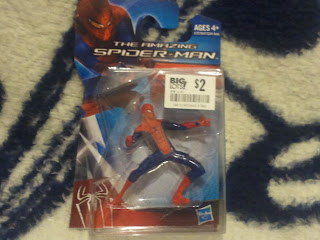 Another Big Lots purchase in, you guessed it, Poughkepsie! I scored some sweet pieces this summer in that Upstate NY town and can't wait to go back again for another toy hunt. This Amazing Spider-Man PVC was only 2.00. But, you already knew that from the rather large sticker on the bubble. 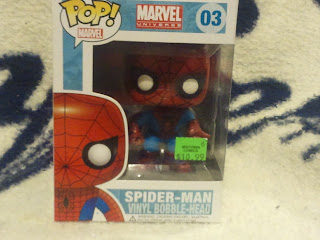 Last, but not least was this gift from my nephew. I love these Pop bobbleheads and this Spider-Man is gorgous. My 4th Spider-Man bobblehead and it will look great on my Spider-Man display once I get it up and running again.
This was a great summer. I got to see some awesome movies and picked up some really cool pieces for my toy collection. I'm hoping this fall will be the same. I have an idea of some flea markets I'd like to hit up and hopefully, some toy shows as well. I will be keeping an eye on new releases as well as look for some awesome vintage pieces to add to the collection.
Hopefully, your summer as great and hope you guys will add some great pieces to your collections as well this fall.
Posted by Yankeejetsfan at 11:08 PM