League Of Extraordinary Bloggers Assignment: Back To The Batcave 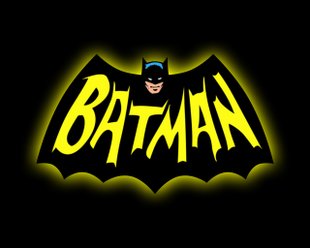 Pardon the interuption on the Beatle Blogs, but the League calls with an intresting assignment. This weeks assignment is:

Take a trip to anywhere in pop culturedom. What fictional town, time, or world would you want to visit?

This was too easy for me. Or was it. I could have visited Hill Valley and watched Marty McFly twart Biff Tannen or I could have gone to a California beach house and hung out with The Monkees or even visited a galaxy far, far away. But for me, where I wanted to go was pretty simple. It's a place I've wanted to visit ever since I was a kid.

I want to travel back to 1966 and visit the Batcave. 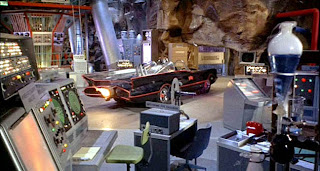 Ever since I was a kid, watching Batman on reruns, usually on Channel 5, although I believe it was on Channel 11 here in NYC later on. I remember watching with fascination as Batman and Robin would work on a riddler or look for clues on a particular object or punch some information into the Bat-Computer (I'm sure that they would have a Mac or at least the latest version of Windows on their PC). 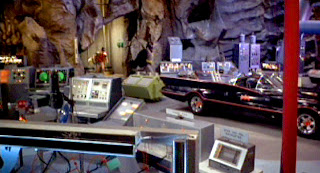 I would behave myself. I would stay away from the Batmobiles nucular powers source. I wouldn't answer the Batphone saying, "Mr. Wayne's residence". Nor will I take a joy ride in the Batmobile, although I cannot promise I wouldn't sleep in it at least once. One thing I will do, above all objections is slide down the Bat-Poles. I have to see how one minute they are Bruce Wayne and Dick Grayson and the next Batman and Robin. I mean, that bugged me as a kid. I need to know, dammit! 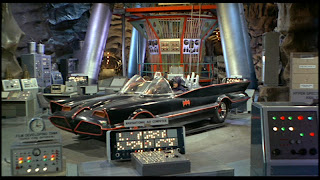 I'm sure I will be more pesty than Bat-Mite in the 1977 New Adventures Of Batman show. I'd ask such dumb questions as how did you get being out at sea as C for Catwoman? Maybe break a test tube or two. Eat too many of Aunt Harriet's delicous cookies. I'm sure the last straw will be hen I put on the Batman suit, look through the utility belt, find something intresting and ultimately knocking myself out with Bat-Gas. Then waking up on a beach somewhere, not knowing how I got there. Wow, I just got kicked out the Batcave. I'm on par with Penguin, King Tut and others who has broken into Batman's sanctuary. I'd say I was like Molly, but I didn't take a header into the Batmobile's nucluer power source.

As Batman once said, "What a way to Go-Go.
Posted by Yankeejetsfan at 11:04 PM