I picked up my 2nd Batman figure from the Power Attack line. I had bought the black and grey suit Batman and wanted to pick up the blue and grey suit version for a while. I had it in my hands a few times and always put it down. I finally picked it up last Saturday. At $8.99 for a 6 inch figure, which is pretty cheap by today's standards, I couldn't put it back this time. 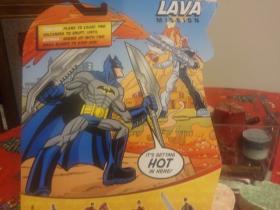 Back of the card shows a drawing of Batman facing off against Two Face. 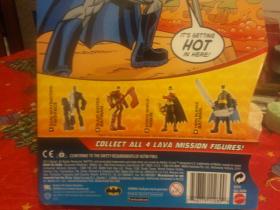 Bottom of the card shows the rest of the figures available in this wave. Not sure if I'm getting any of the others. I do like the Robin in this set and also had it in my grubby mitts, but always put it down. I might grab it eventually. I am done with Batman though. I have never been a fan of the other outfits the toy companies put him in. I just want the outfits he wears in the comics or movies. 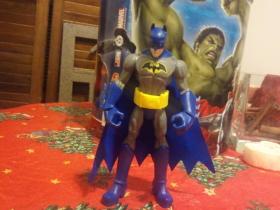 I like how this figure looks. Old school blue and grey outfit for Bats. The way he looked when I read the comics or watched the cartoons as a kid. You won't find a lot of articulation with this figure, but I really don't care about articulation. I want a great looking toy to put on the shelf. I am not going to play with it or put it in any pose. He will go on the shelf as is. 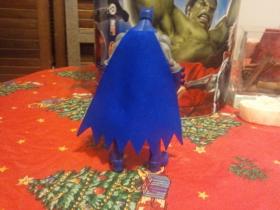 Back of the figure. I love how the blue just pops out. Great colors on this figure. 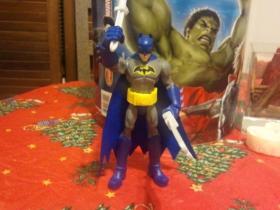 The figure comes with these 2 blades, one for each hand. That would be why this figure is called Twin Blades Batman. Not sure why he needs them. They don't look like the Schick razor twin blades, so he's not shaving with them. I'm undecided if I will display the figure with them or not. 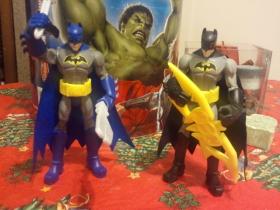 And here's a shot with the 2 figures I bought from this line. They look pretty sweet side by side.

I like this line of Batman figures. They are obviously geared toward children, but they still are pretty cool figures if you take away the accessories that come with them. I gt the 2 Batman figures from this line I wanted. Might grab Robin and Joker as well. I think a Batmobile was made for this line as well, so I will look into that.

So if your buying these for a child or for your own collection, I would recommend them. The price for them is good and they are well made. They would make a great addition to any Batman collection.
Posted by Yankeejetsfan at 10:37 PM