If I Was To Start A Superman Collection, What Would I Buy? 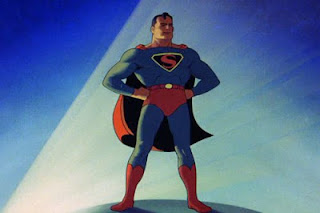 Despite the fact that I have almost next to nothing when it comes to Krypton's favorite sun, I do consider myself a Superman fan. O.K., maybe I am not a fanatical fan like my buddy George is, but I grew up watching the cartoons, reading the books and watching the movies. I went to see the movie during it's first run, I watched the Super Friends and read The Death Of Superman. I have an appreciation for the Man Of Steel.

So, why do I own only maybe 3 Superman pieces? Well, to be honest, I have been concentrating on my other favorites, trying to build up those collections. I would always buy Batman, Spider-Man, Iron Man and Luke Skywalker before I bought anything Superman, thus I passed up some sweet pieces I could have added to the House Of Swag. For shame Mikey, for shame.

With the new movie coming out this week, I have been building up anticipation within myself by watching All Star Superman, Superman/Batman: Apocalypse and the Superman movie Serials; Superman and Atom Man VS Superman. Before the week is out, I plan to watch Superman The Movie and some of the Fleischer Superman Cartoons. I will be Superman crazy by the time I see Man Of Steel on Saturday.

So with all this Superman entertainment, it got me thinking about my measly Supes collection. I always wanted to build a Superman collection. Not a big one like my Batman and Spider-Man collections, but a respectable one where I could have a shelf devoted solely to Superman. So, if I was to start a collection, what 5 pieces would I want to start with?  Yes, I have put some time thinking about this. Of course, I will always start vintage. 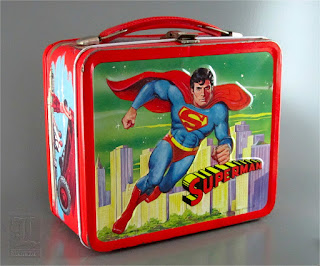 I have documented in past blogs my love for Superman The Movie. Maybe it's because when I saw it as a 7 year old it captured my imagination like Star Wars did prior. After seeing the movie, I remember throwing on a red towel and "flying" around my room. I was a hyper kid, so my mom had to keep an eye on me so that I didn't entertain the thought of flying right out of my 6th floor window. Another reason why I love this movie is because simply put, for 33 years it was the best superhero movie ever made. In that time, the only movie that I felt gave it a run for it's money was The Dark Knight. To me, it's Avengers, Superman and Dark Knight as the greatest superhero movies ever made. But that's another blog for another time.

I would love to add this lunch box to my budding Superman collection. The artist did an outstanding job nailing the actor's likenesses. 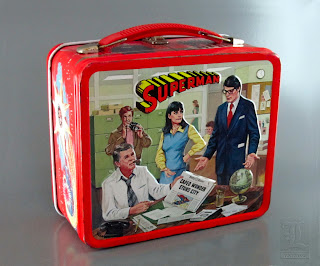 If that isn't a dead ringer for Christopher Reeve, Margot Kidder, Jackie Cooper and Marc McClure, then I'm freaking blind. Also love how the colors jump out at you. 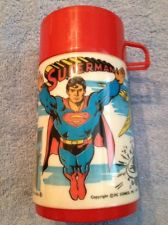 Of course, I would love it if the thermos came with it, but it's not a deal breaker.

I have always has a fascination with lunch boxes as a kid. I never owned one, brown bagging it to school despite my feeble attempts to get my mom to buy me a lunch box. As an adult, I own a few modern ones, but no vintage lunch boxes. To pop my vintage lunch box cherry with this piece would be pretty sweet. 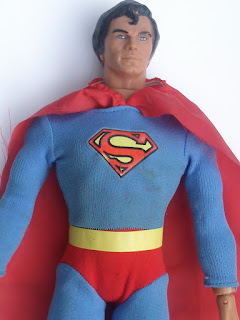 As an absolute Mego head, not having this figure in my future Superman collection would be a crime against nature. Plus, he looks like Chris Reeve. I love this figure and it would look great next to my regular 8 inch Superman Mego figure. This is another figure I begged my mom for, but never got. Getting this would fill the hole in my soul my mom left years ago. Now, if I could only find one without the dreaded "ghost face" that I have seen a lot of Mego 12 inch figures develop. Those scare me more than a Justin Bieber concert. 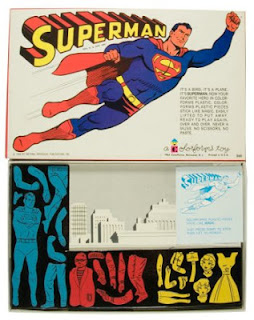 As a kid, I used to love playing with Colorforms. I had several different sets and used to play with them for hours. I had Batman, Tricky Mickey Mouse Super Colorforms, Battlestar Galactica and Spider-Man. God, I wish I still had them. But to add this piece from 1964 would be a great addition to my growing Superman Collection, which resides somewhere in the depths of my brain. Plus, it would look great on a shelf. Look at that artwork. Awesome. 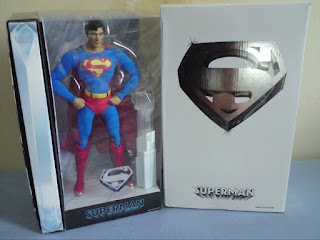 I cannot tell you how many times I almost bought this figure since it came out in 2010. I have seen it go for as high as $100.00 and as low as $50.00 and somewhere in between. The few times I almost bought it, it was in the $50.00 range. At that price, it's cheaper than a DC Direct Superman and a heck of a lot cheaper than the Hot Toys Christopher Reeve Superman figure. Since I can't afford the Hot Toys figure, I would buy the Mattel one everyday, twice on Sunday. I think it's just as cool as the Hot Toys one and it came in a line with General Zod and Lex Luthor. I think of all the Superman stuff I have shown so far, this would be my first purchase. 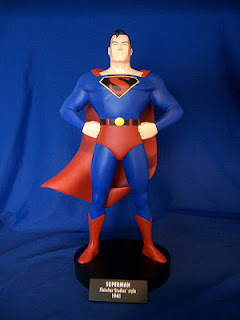 One of my absolute favorite Superman cartoons (favorite cartoons, period!) is the 1940's Fleischer Studios Superman Cartoons. The 10 minute shorts were produced first by Fleischer Studios, then by Famous Studios from 1941-1943. Max and Dave Fleischer had done Gulliver's Travels when they were approached by Paramount Pictures to do the Superman cartoons. The Fleischer Brothers were hesitant to commit to the shorts, so they threw a then outlandish figure of $100,000.00 per short. Paramount negotiated the figure down to $50,00.00 and off they went, producing some of the most ground breaking cartoons of it's time. There was 17 shorts produced and the first short was even nominated for an Academy Award, losing out to Disney's Lend A Paw cartoon.

The statue is awesome. It looks like it jumped right out of a Fleischer cartoon. I'm not a huge statue collector due to the price of them, but if I could ever add this statue to my Superman collection, I would jump at the chance. I heard a rumor that they were negotiating to do a series of Batman cartoons. Imagine how cool that show would have been. I guess Batman The Animated Series is as close as we will get to it.

One of these days, I hope I am able to add these awesome Superman collectibles to what I hope to be a pretty sweet collection. While putting this list together, I realized there were other Superman items I would love to add like the 1960's Superman Soakie bottle, the Mego Fortress Of Solitude play set and The Super Powers Superman figure. Those, plus what I already listed would look great on a Superman shelf. If the Man Of Steel is as good as I think it might be, I might be ready to go Superman shopping. Kryptonite optional.
Posted by Yankeejetsfan at 9:54 PM