It's Official. I Have Bats In My Bobblehead Collection 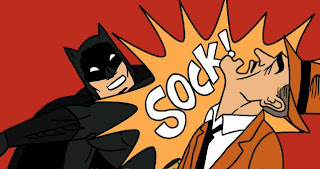 I have been looking all over for the new toys based on the 1966 Batman TV series and had been coming up short. Toys R Us, my local comic book stores, Walmart, Target, no store I went to had anything I wanted.

But, as you can guess from the title of this blog entry, I did find something to add to my Batman collection. So, what did I find?

I was on my way to a friend's pre bachelor party and I was a bit early. I hit Midtown Comics Grand Central location to look around. I was actually planning on grabbing the New 52 figure I saw a few weeks ago, but when I got there it was sold. So I was looking around and I found something just as good and bought it. 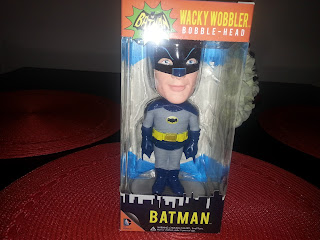 I came across the Funko Batman Wacky Wobbler bobblehead and snatched it without thinking twice. Midtown also had Robin, Catwoman and Joker. At some point, I will have to get those for the collection, but for now, I have Batman and I am quite happy with that. 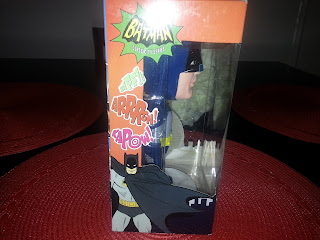 It looks like most of the Batman stuff will have similar artwork. I dig the one on the box. It screams TV Series with the KaPow's and Biff's. 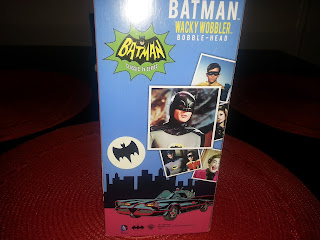 I love the back of this box. There are pictures from the TV Series of all the characters who were made into bobbleheads as well as a drawing of the Batmobile and the Bat signal. 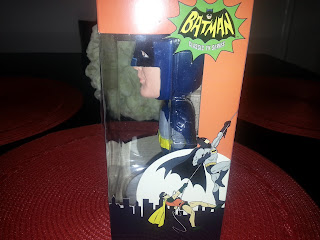 Batman and Robin walking up the side of a building always makes me think of the TV Series. 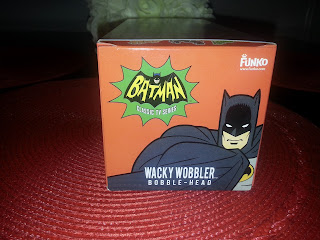 The top has a picture of Batman drawn similar to the way he's drawn in the beginning of the show.

The box is very nice. Almost makes me want to keep it in the box....almost. 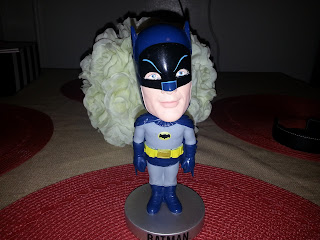 My first impressions are that this is a terrific bobblehead. It's going to look great on my bobblehead shelf. 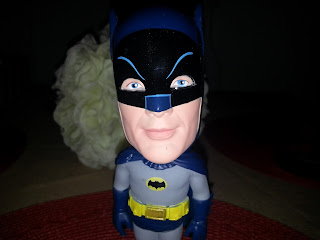 Close up of Adam's face. Love the colors here. The blues and black look great and the sculpting on this bobble is done very well. Definitely has a great likeness to Adam West. 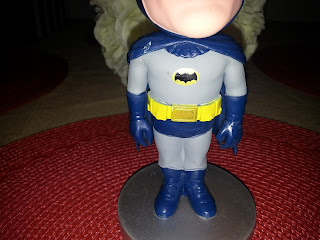 Love the sculpting on the utility belt as well as the muscle or lack there of one. The emblem is dead on to the one he wore on the show. Again, the color scheme is great. The grey and the blue is also spot on to what he wore in the show. 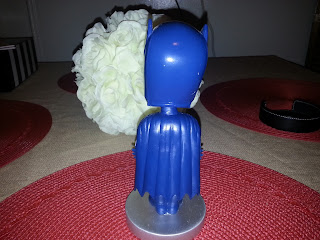 Here is a shot of the back of the bobble. Love the lines sculpted in the cape. 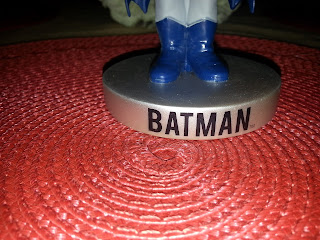 The base is gold with Batman painted on in black. I like that it's painted on as opposed to Funko placing a sticker here.

The bobblehead looks great. I do have complaints though. The paint job was not done very well. My bobble head has a lot of imperfections. 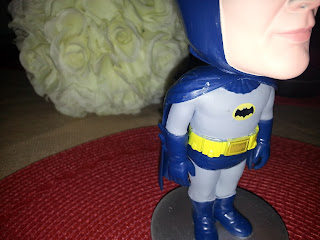 Right on the shoulder is a paint mark. 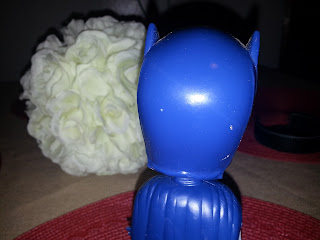 The back of the head has a bunch of little painting botches. Terrible job by the Funko company on this bobblehead.

Paint perfections aside, I do really like this bobblehead. The likeness to Adam West as well as the sculpting and color schemes are well done. I'm hoping that maybe I just picked a bad bobblehead. I have other Funko bobbleheads and they came out great. That won't stop me from getting the rest in this series. Having seen them up close, I know that they are also well done and I cannot wait to be able to add them to this Batman in my bobblehead collection. Because of the paint job, I would only give the bobblehead 4 out of 5 stars. Everything else is well done and would make a great addition to any bobblehead/Batman collection.
Posted by Yankeejetsfan at 10:23 PM