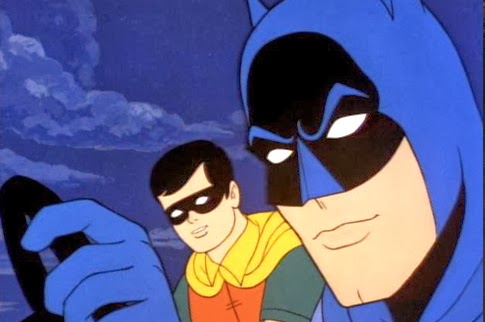 As we get ready to celebrate 75 years of the Batman, we have already been given an anniversary Detective Comics#27, we have a slew of Bat goodies coming out, which includes some statues, figures and a Hot Toys 1966 Batman and Robin, and we got official word that we are finally getting the 1966 Batman T.V. show on DVD later this year. All of this has made me a very happy geek.

Now comes word that Warner Brothers will be releasing another long over due Batman series to DVD. 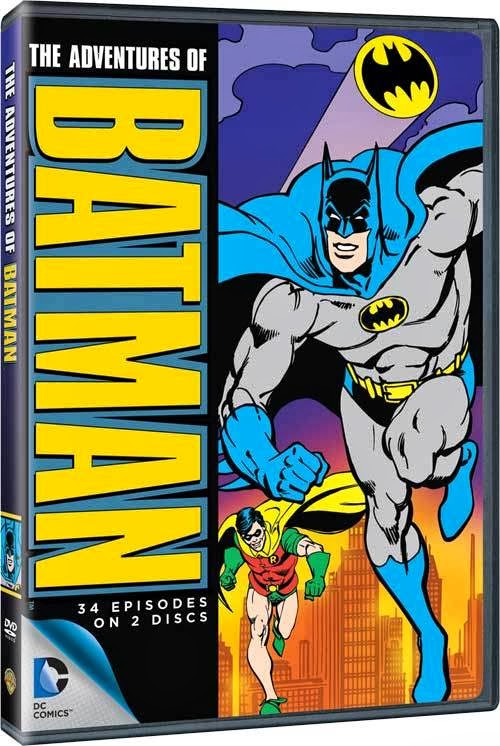 Coming June 3rd, we are finally getting the 1968 Filmation The Adventures of Batman. This series debuted as part of the Superman/Batman hour, but later was repackaged as Batman With Robin The Boy Wonder and given their own 30 minute show on CBS. Olan Soule was the voice of Batman in this series and Casey Kasem was the voice of Robin. Both would reprise their roles a few years later, but this time on ABC in the Super Friends.

As a Batman fan, this is a series I have long wanted on DVD. Mind you, I have only seen a handful of these cartoons, but I enjoyed the ones I seen. They have been available for digital download on Amazon for a while now and I downloaded the first episodes with featured the Joker and Penguin as the villains. In my opinion, the show captures the spirit of the comics at that point in the '60's perfectly.

I have a few of the Filmation releases, including the 1977 New Adventures Of Batman And Robin in which Adam West and Burt Ward reprise their roles as Batman and Robin. I always felt the animation was good for it's time. I was never a fan of their re-using footage over and over again, as well as the placement or coloring of costume symbols from time to time, but that all just adds to the fun of these shows.

I cannot wait to pick this series up. I have always felt that The New Adventures Of Superman was the best series that Filmation had ever produced, but after seeing a couple episodes of Batman, I think this series will give Superman a run for it's money. This DVD will be a first day pick up for me and I cannot wait to spend the whole day watching this series.
Posted by Yankeejetsfan at 2:16 PM