I May Be Biased, But This Is An Awesome Bobblehead. 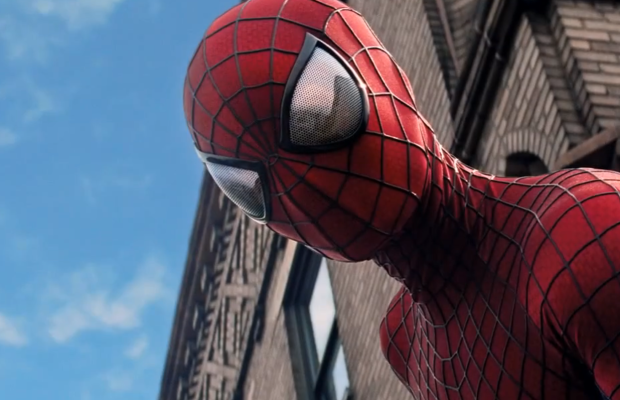 Yeah, I may be a bit Spider-Man crazy these days. Everything I've bought has been Spider-Man related. From figures to comics to statues to cups, I have been on the hunt for anything that has the Web Head's face plastered all over it. Must have something to do with the movie that was just released. Yes, I did see it and yes, I loved it. I won't say anything in case anyone who's reading this hasn't seen it. I will say that I strongly feel that this is the best Spider-Man movie period. Was it perfect? No, but the positives far out weigh the negatives. I will be seeing it again.

So, I'm sure by now you guys are wondering what bobblehead I bought. If you guessed it is Spider-Man related, your a winner of a No Prize.

A few months back I showed a preview picture of a Spider-Man bobblehead that NECA was releasing in April. I had seen it in the stores, but always left it behind. This past Friday, I couldn't resist it any longer. Plus, the price was better than I had seen in other stores and finally picked it up. 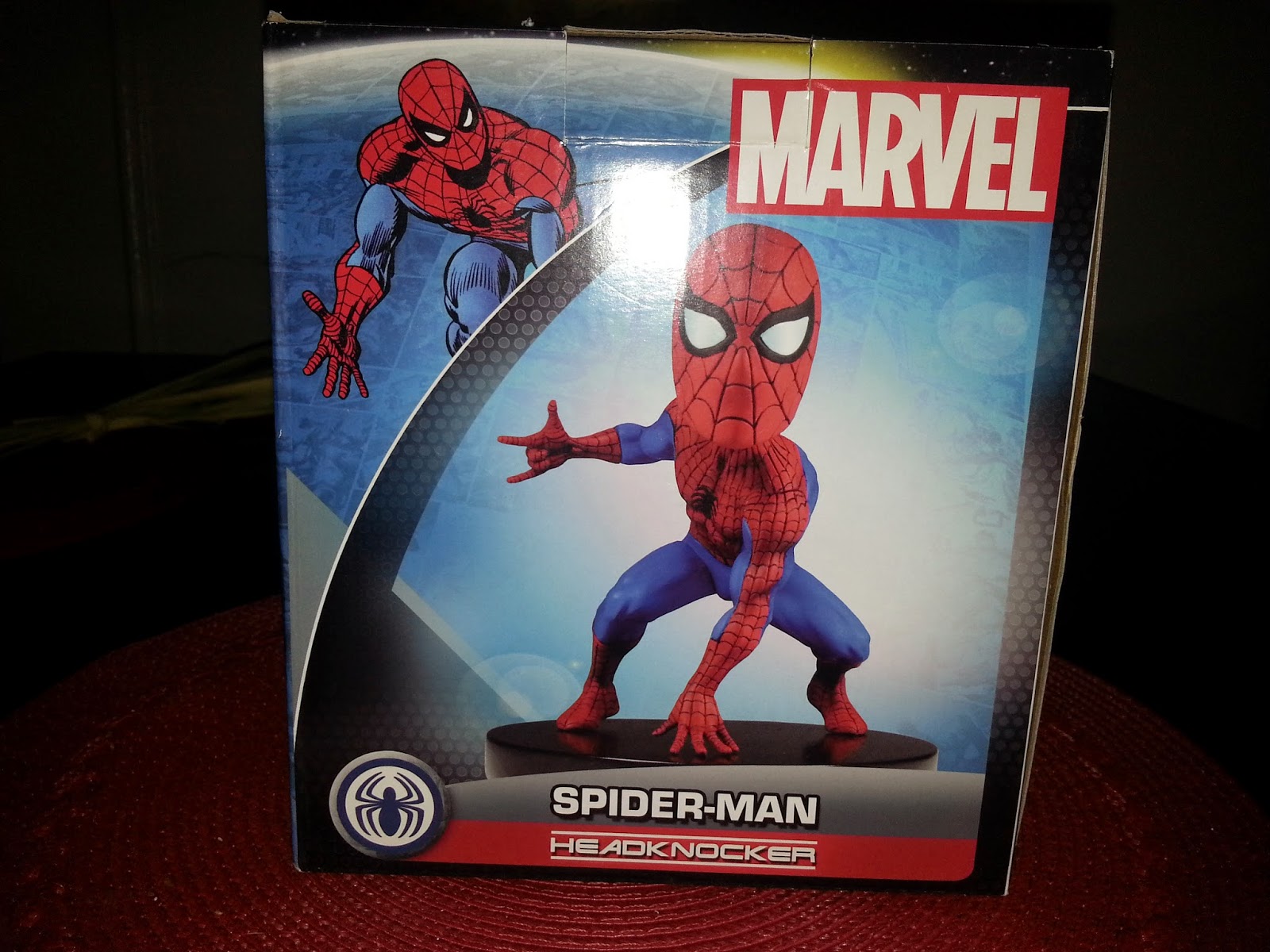 I love the box the bobblehead comes in. You have a classic John Romita-ish Spider-Man drawing in the upper left hand corner with a huge picture of the bobblehead your getting. This box is not in the greatest shape. Stupid me for not noticing it until I got home. I guess I was just too giddy about picking this up. 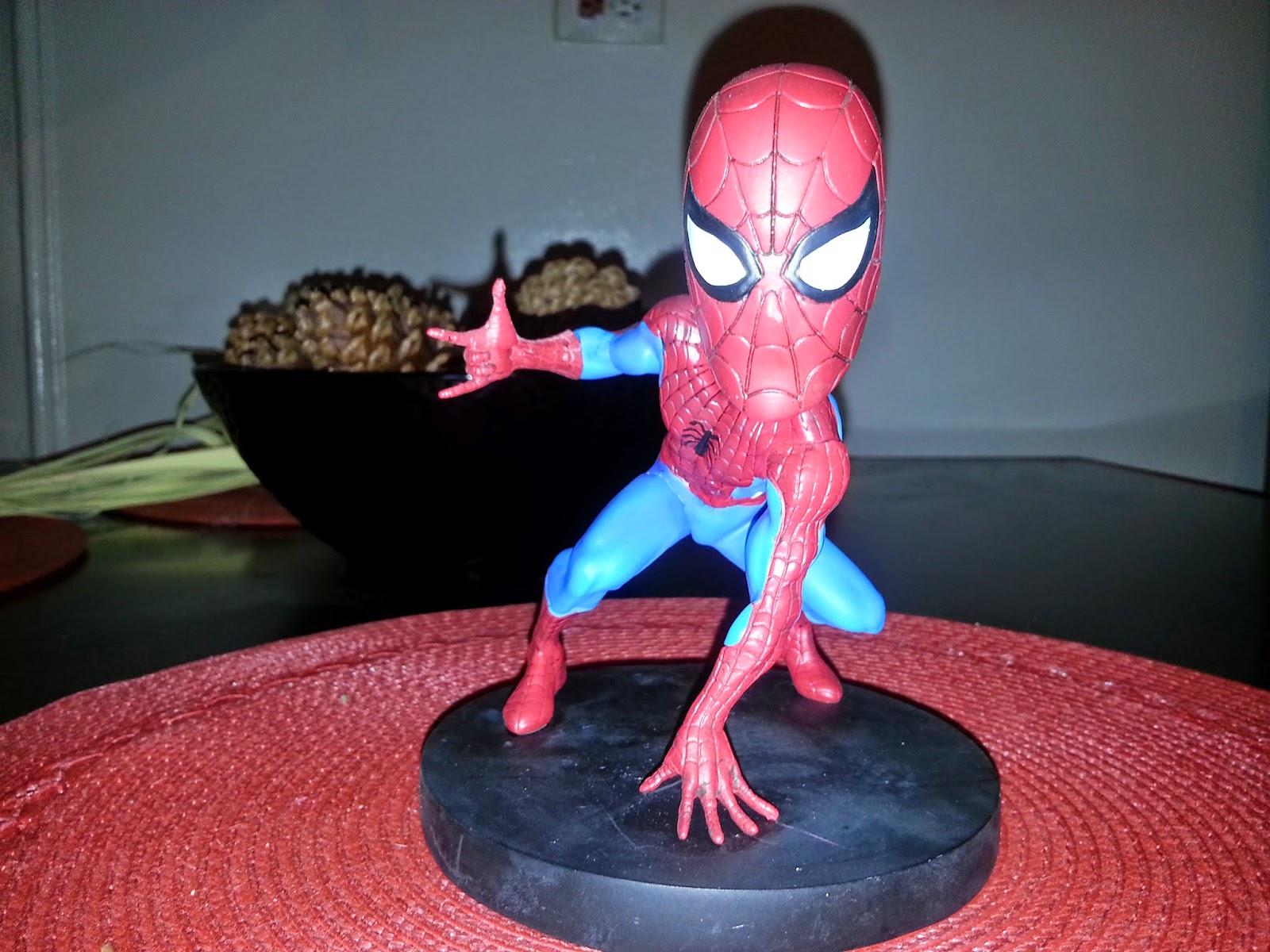 Look at how cool this bobblehead is. Classic Spidey pose, low to the ground. His left hand looks like it's getting ready to spin a web. I love how the sculpting looks vintage 1970's Spider-Man. This is just a great looking bobblehead. 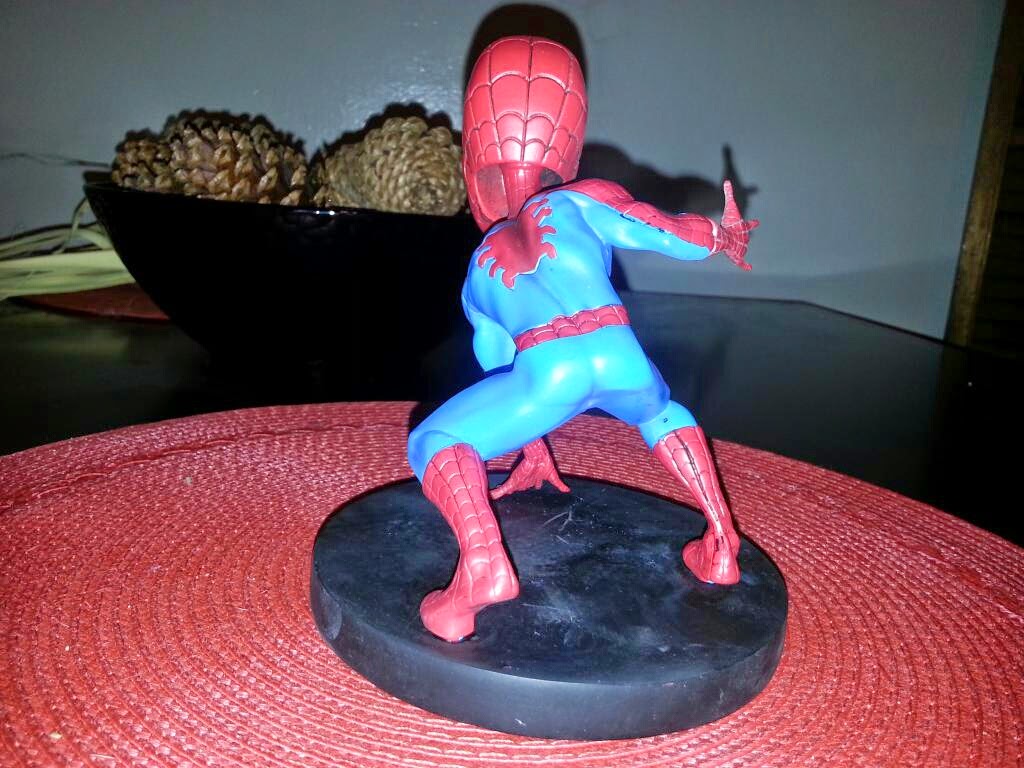 The back looks great in the classic red and blue colors of the Wall Crawler. Love that big red spider on the back of his costume. I almost bought a t-shirt in this color blue with the red spider in front on the chest. Very cool shirt. I will pick it up eventually. The base may look dusty, but I'm guessing its from the packaging. This bobblehead is packaged inside styrofoam that covers the bobblehead from both sides. That was one snug bug. 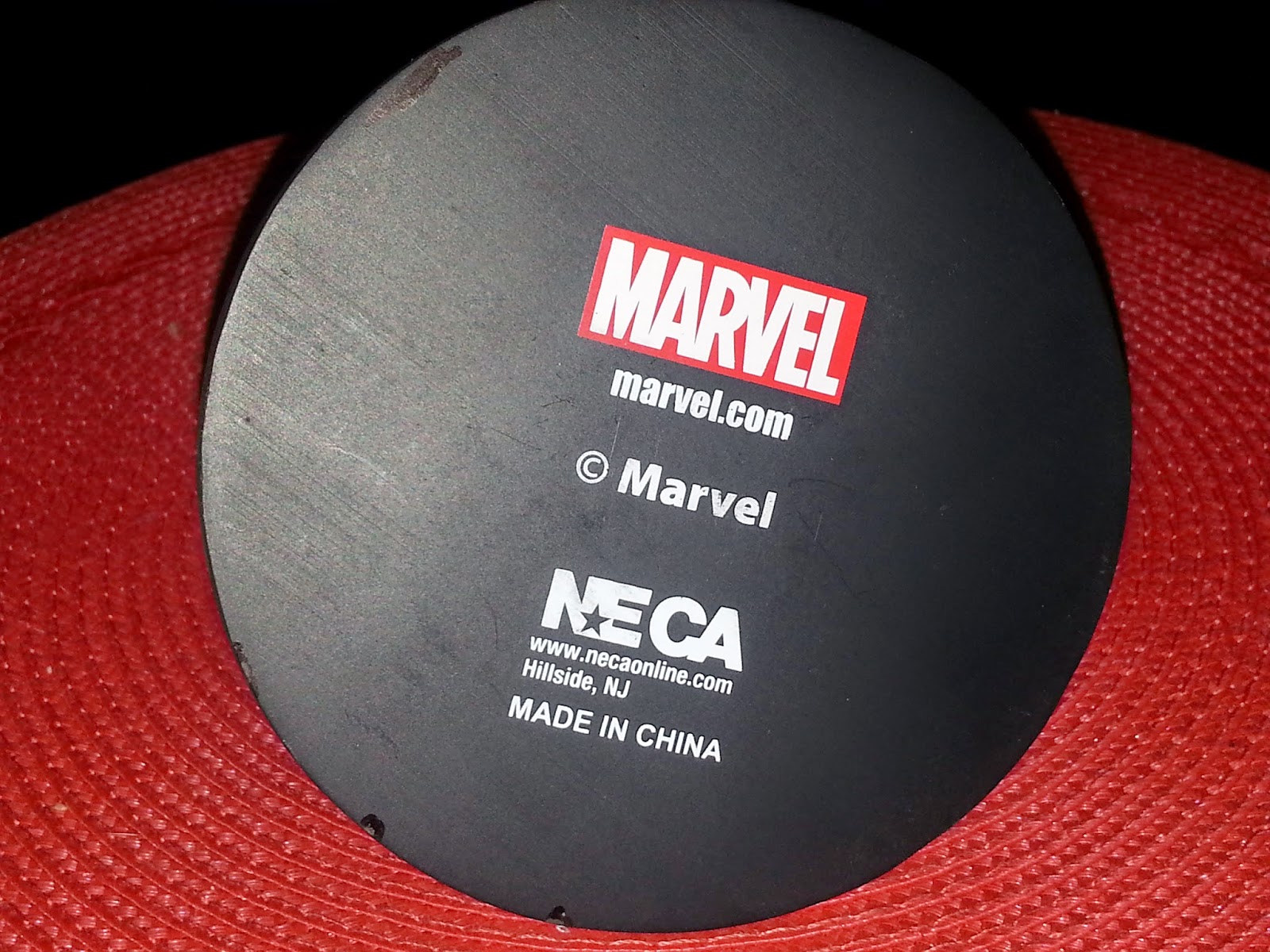 Nothing great on the bottom of the base. Just the Marvel and NECA logos as well as their website addresses. Also, Spidey was made in China.

I think this bobblehead might be one of the best Spider-Man bobbles produced. NECA did a fantastic job with this one. This was not the only one in this line. I have seen Iron Man and Thor on the shelves of my local comic book shops and they also look fantastic. But for my money, and again maybe I am biased, but the Spider-Man bobble is the best of the three and it may be the best looking Spider-Man bobblehead ever made. This one is going to look great on the shelf.
Posted by Yankeejetsfan at 11:15 PM