I Knew This Was Coming 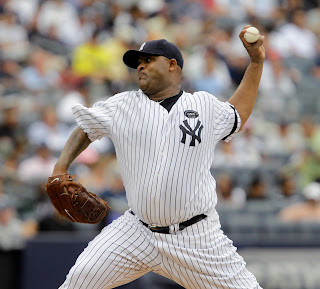 So, I'm so happy that spring training finally started. I have new Teixeira cards to show off, but what do I see in todays paper?
Source says CC Sabathia may opt out of his contract at the end of the season.
I can't say I'm at all shocked. I kind of figured that once Cliff Lee got his money from the Phillies that CC would look at the 90 plus million he was still owed for the next 5 years and think it was not enough.
I hate these opt out clauses. Arod burned the Yankees a few years back with it and CC is poised to do the same. I understand why Brian Cashman gave it to Sabathia during negotiations. He was worried that the Angels would go hard after CC once Teixeira spurned them. I'm also sure he knew this would ultimately happen once he offered the clause, so I'm sure he has a plan in case it actually comes to a reality.
I don't think that CC is feeling the pull of playing near his California roots. I think this is just a money issue. That being the case, he should get the deal he wants. CC is 40-15 3.27 ERA in 2 years in New York. He's the unquestioned ace of the Yankees staff. Losing him would be a nightmare. I'm sure the Steinbrenners and Cashman will give him what he wants to stay. Plus, he's lost 25lbs in the off season, nixing his beloved Capn' Crunch cereal in an effort to lengthen his career.
All n all, I don't see him leaving. Just gonna have pockets full of green.
Posted by Yankeejetsfan at 12:10 PM