Another assignment from the League. This one is about one of my very favorite holidays.

Who doesn't love Halloween except, maybe, the Amish. I mean, what's not to love? Candy, costumes, candy, scary movies, candy, tricks or treats, candy, It's The Great Pumpkin, Charlie Brown, and did I mention candy?

As a kid, Halloween was a very special occasion. It meant a trip to Woolworth's (Google it, kids) to pick out a Halloween bucket to hold the loot in and a trip to my favorite aisle. The aisle of Ben Cooper Halloween costumes.

For those not in the know, Ben Cooper was a company that manufactured Halloween costumes. They had licenses to turn any character into a Halloween costume. The costumes were basically plastic masks and vinyl smocks with a silk screen image on the front, but during the 50's, 60's and 70's Ben Coopers was synonymous with Halloween.

Thanks to Ben Cooper, you didn't need an imagination. For around $4.00, you could be a Six Million Dollar Man 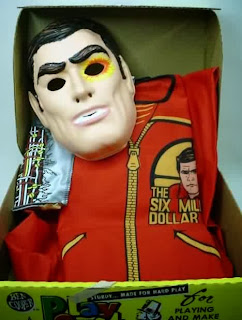 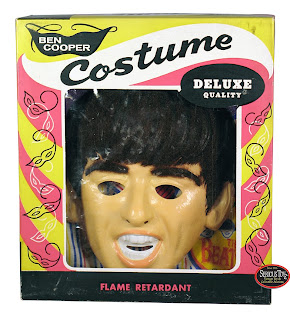 Or A Damn Dirty Ape 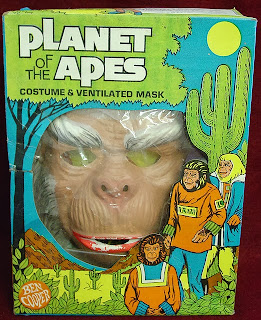 You could be a masked crime fighter 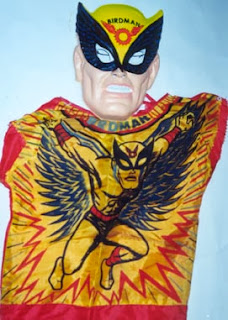 Or something just down right creepy 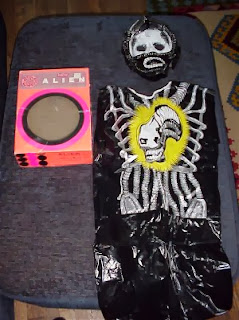 How parents allowed their kids to dress up as an Alien yet fight for the removal of said toy I will never understand.

Some of my personal favorites costumes are some that I wore as a kid. Allow me to indulge my middle aged geeky self and take a walk down memory lane. 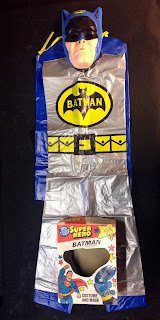 Since two of my favorite heroes are Spider-Man and Batman you would think that I was Spidey and the Caped Crusader for Halloween and you would be correct. Two of my favorite costumes are the Batman and Spider-Man costumes. I believe I was Batman first, then Spider-Man the next year. With the Spider-Man costume, I had the matching Spider-Man Halloween bucket. Batman, I had the usual pumpkin shaped bucket. No matter, that bad boy was filled with candy and when I got to my little Batcave, I ate as much candy as I could before I passed out.

Another year, The Incredible Hulk T.V. series was a huge hit, so I wanted to paint my skin green and wear rags. Thankfully, I was given this instead: 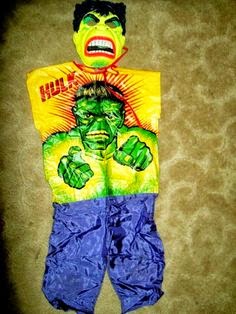 Give me that candy and don't make me angry. You wouldn't like me when I'm angry.

The last year I remember getting a Ben Cooper, I wanted to be Luke Skywalker. So, basically, I asked my mom for this:

And I got this instead: 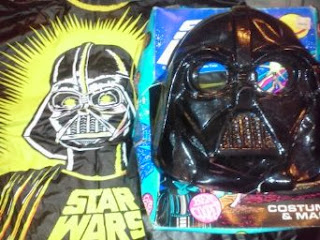 Is it any wonder why I can be deliciously evil? That's all on you Mom. 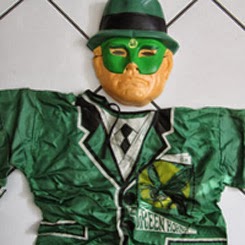 I never wore this, but I just think it's freaking sweet and would love to add it to my future Green Hornet collection.

As much as kids today have costumes that look a bit more realistic, I will always have a soft spot for the Ben Cooper outfits. I mean, today's costumes come in a bag. No presentation whatsoever. You guys can keep that. I will just cherish the memories I have of seeing those boxes stacked on the shelves of Woolworths, going home and staring at the graphics on the box. I wish I had some of them. To me, nothing says Halloween like Ben Cooper.

Check out what Halloween means to the other League members:

Ask them for some candy and bring it to me!

Posted by Yankeejetsfan at 10:15 PM