I Will Be Wanting These....OK, I Already Do!

I have been seeing some pictures of future POP Vinyl releases and they all had my heart racing. I cannot wait until these are released so I can add these beauties to my growing POP collection.

First up are a couple of Comic Con exclusives: 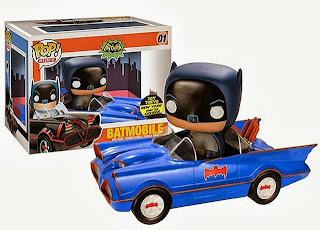 This piece is exclusive to the upcoming New York Comic Con.This batmobile has been made up to look like those old 1970's Japanese tin batmobile toys. You know, the ones that would require your first born to own (I looked it up. Good thing I don't have children). Well, owning this would be the next best thing. I'm missing NYCC this year, so I will have to pony up the dough on eBay to add this to my collection. 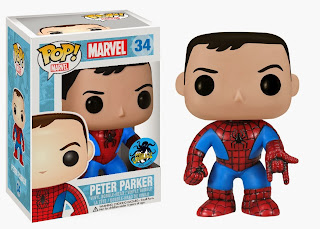 Oh man, this one is also pretty cool as is also a Comic Con exclusive. To get this unmasked Spider-Man POP, you will have to be at Comikaze, which is the first weekend of Nov at the Los Angeles Convention Center. Hey, I'm going to be in L.A. that wekend. Hmmmmmmm.. 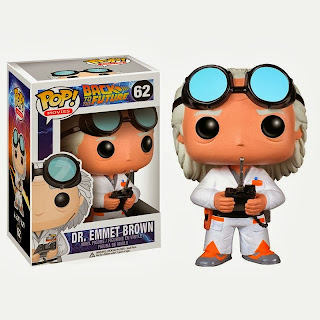 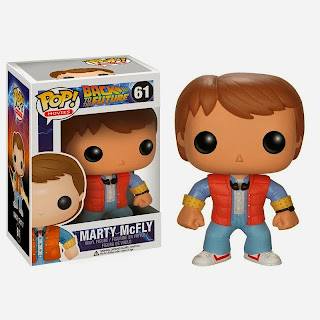 Ever since I was a kid, I have begged for some Back To The Future stuff and I have some, but no figures. When Mattel bought the licence, I was drooling over the prospect of what figures we would get. Then they never released them so that was a waste. When I saw these pictures I almost had a coronary. I must have these.

Funko has been releasing some terrific POP Vinyls and these are no exception. POP has easily become one of my favorite toy lines and I love picking up new figures to add to the collection. I always wonder if I should display the Batman and Spider-Man ones with those collections or should I display them with the other POP figures I pick up. At the rate I'm going, I will have a nice POP collection. Which means I will need a bigger boat...or house. Whichever comes first.
Posted by Yankeejetsfan at 11:09 PM