No wonder Homer Simpson is my favorite Simpsons character. I always have D'oh moments in life. Actually, sometimes, I think my whole life has been one big D'oh! Even with adding to my collection I can be heard to scream D'oh! Like the time I bought a "vintage" New York Jets bank off eBay only to find out after doing some research that the bank in question was actually not a Jets bank. The seller took a football player bank wearing green and slapped Jets stickers on it's helmet. Luckily, I was able to get my money back without an issue.

Ever since I started collecting Batman there has been one piece that I have wanted for a long time. I wouldn't say it's a White Whale, but it's on my top 5 list of wanted Batman items. 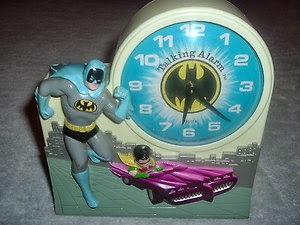 That's it. The 1974 Janex Talking Batman Alarm Clock. As a kid, I wanted this pretty bad. I begged and begged and of course I never got it. Once I restarted collecting Batman, it's been something I have wanted to add to the Batman collection. I really think this would look awesome on a shelf with the rest of my Batman goodies.

Last year, at the Super Mega Show, I found a seller with a working one that still spoke. A lot of the clocks you see don't speak anymore, but this one did and he had the box. The seller was selling his for $50.00. I thought it was a little high, so I decided to walk around the dealer room, come back and hit him with a lower number later in the day. When I arrived back to the dealer table he had already sold it. Now, I cannot find a working clock for anything under 75.00 and that is without the box. D'Oh! 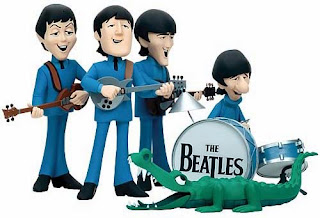 Next up on my colossal mistake list are the McFarlane Beatles figures based on the 1965-67 cartoon series that ran on ABC. When these figures were first released, I had the "I will wait a bit, then pick them up" attitude. Of course, my lazy butt never did get those figures and now they don't sell on eBay for under $50.00 individually. The box set goes anywhere from $150.00 to $250.00. Good luck finding them at a toy show. I have never even seen them at a Beatles con. No wonder I am a Nowhere Man. D'oh! 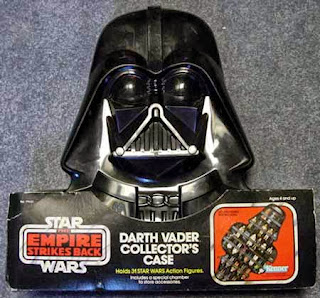 Finally on my Magical Mystery D'oh Tour is the time I left behind a vintage Darth Vader Collector's Case. I was at a flea market with my buddy, George. We came across a table that had a carrying case. I remember having this as a kid and I wanted to buy back a part of my youth. The dealer was selling this for $10.00. Now, I must inform you all that I had just started collecting again at this point and had no idea what vintage toys were going for. I balked at the price and walked away. Now, I know this collector's case is not all that expensive, unless you are going to buy one still with it's packaging. But I know I won't find one again for $10.00 again. The force was NOT strong with me on that day. D'oh!

Knowing what I have learned over the past few years, I know what good deal is and when to pick up an item. This has helped me score some really awesome pieces for my collections and who knows, maybe I will have the opportunity to pick up the items I passed up on at some point. And if I don't then those mistakes will always serve as a reminder that no matter how smart I think I may be, I will always have a bit of Homer Simpson in me. Now, pass me that can of Duff Beer and box of donuts. 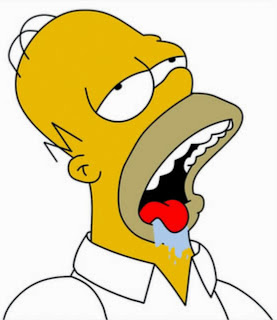 Take a gander at these fellow Leaguer's blunders and regrets: