When there is no baseball, I usually have a lot of free time on my hands. I sometimes watch MLB Network programming or pop in a Yankeeography dvd or bid on ebay. I do watch the Knicks, Jets and Devils as well. Or I'll pop in a movie, hit the gym or play xbox. When I have some down time after all that, plus work, I send out autograph requests.
Now, mind you, I don't send TTM's as much as I should. but when I do, I'll write up a quick letter, throw in a card or a ball and send it out with the hopes I get said item back quickly and safely. There have been times when I send a baseball or puck out and not gotten it back (Are you listening Mariano Rivera, Paul O'Neill and Jacques Lemaire?) I usually don't send anything of value out unless I know I'll get it back in return. What I usually send out are cards.
I will only collect the player in the uniform of my teams. Why? Because there are so many players who have played for my teams (Yankees alone have had 1,516 players don the pinstripes in their illustrious history). Aside from Hall of Famers, that's plenty to chase. Besides, I really dont care about getting a signature of a shortstop who played for the Angels in 1981 and batted .190 in 18 games, unless he played for the Yankees at one point.
So, what if there isn't a card I can find of the player in either a Yankee, Jet, Knick or Devil uni? Simple, I will make one up to send off to the athlete. I will start by googling or looking on Yahoo for a pic of the player. I'll save the pic and upload it to my Photoshop elements program. I have some ready made templates of the teams. The hard part for me is cutting out the player from the pic. My skills in photoshop are elementary, so I sometimes have to re-do the card untill I get it as right as it will get. Here some pics of some I have already made up: 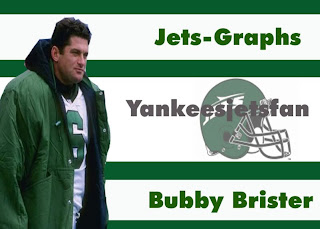 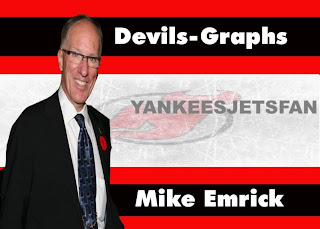 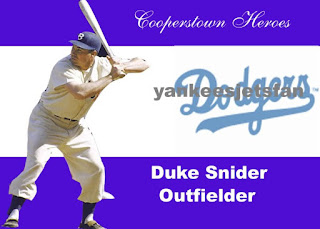 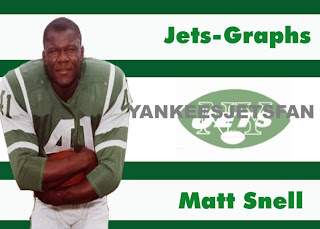 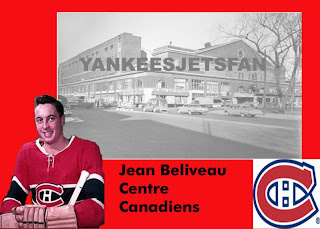 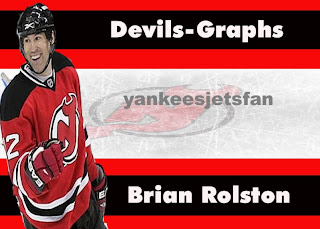 Now, here are some signed examples: 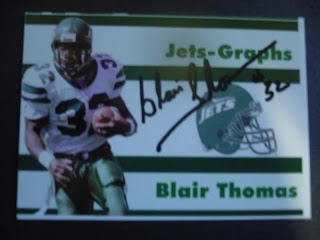 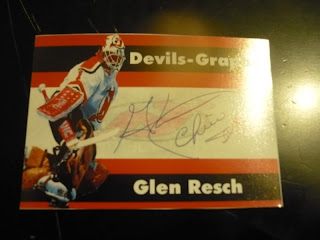 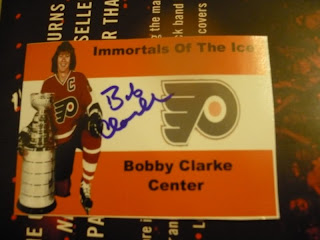 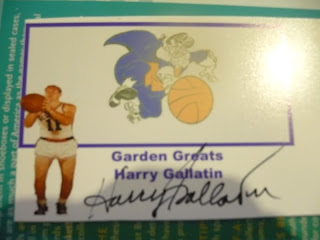 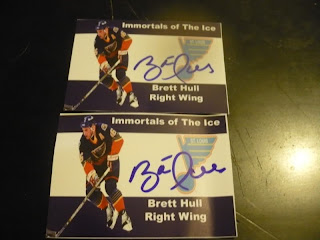 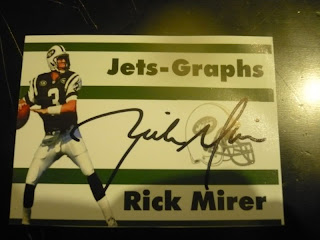 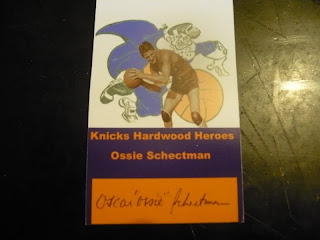 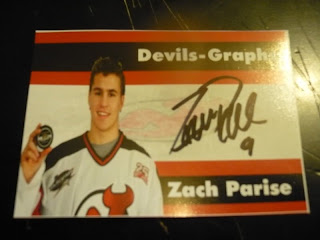 The designs are pretty crude (especially my earlier Knicks customs) and easy to make. I'm not the greatest at Photoshop, heck, I can't even draw a curved line on it. But I am pretty happy how these came out and even more thrilled when they come back signed as they look pretty sweet, if I do say so myself.
I have a few Knicks customs already sent out. I'll update when I recieve them back. I'm also working on custom cut signature cards.
Tonight, there will be no autograph request letter writting, nor will I be watching Monday Night Raw. Nope, tonight I will have my butt parked in front of my TV, an ice cold Blue Moon in one hand and a Buffalo Wing in the other, rooting for my Jets on Monday Night Football. First place in the AFC East is on the line and this game could also have serious playoff seeds on the line as well. This is probably the most important regular season game in recent Jets history and I have been a die hard fan since 1979. Let's Go Jets! 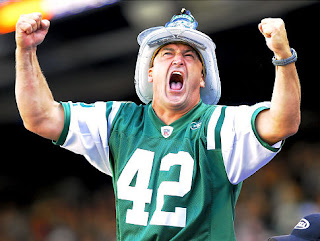 Posted by Yankeejetsfan at 2:03 PM