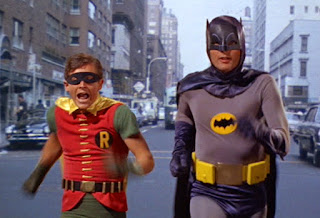 With this weekend's exciting news that our stores and collections will be flooded with 1966 Batman toys from Mattel, even more pictures have been released and it seems that Mattel won't be the only company releasing 1966 Batman related goodies. Plus, more pictures have been released of the Mattel toys from 2013 Toy Fair, which was held here in NYC. Every year I wish I could be lucky enough to attend. I guess I'm lucky I wasn't in attendance. I would have been arrested for trying to walk off with everything.

I stress that these are not photo's I have taken. I have found these photos online (Google rules). If any of them are yours, I would be more than happy to give you the credit you deserve for taking these awesome pictures. 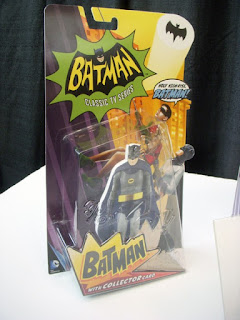 Here is what the blister card will look like. I'm drooling already. 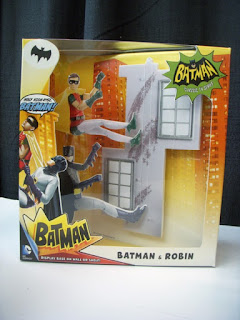 Here is the box that Batman and Robin will come in. I'm an opener, but with a box like this, it makes it hard for me to want to open. it. Love that it has them walking up the side of the building. Wonder if there will be an opening for you to stick a figure out of the window, like when a special, unannounced guest star would in the show. By the way, Robin is only available in this box set. 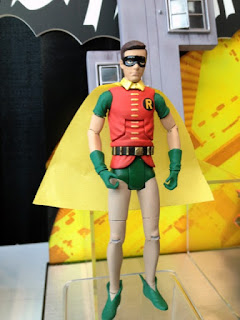 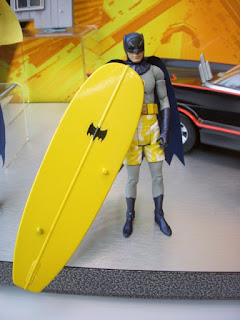 This cracked me up when I saw it. Yes, I have to have this too. I'm wondering if this is part of a 2 pack with The Joker in bathing suit.

In case you were wondering, The Joker figure will indeed have Cesar Romero's mustache under the make up like in the TV Series.

Oh, The Batmobile I showed the other day is exclusive to Toys R Us. 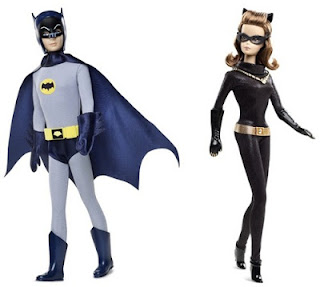 I posted this on my Facebook page. Yes, I realize they are Ken and Barbie dressed as Batman and Catwoman, circa 1966, but I don't care. I want them! I have the Barbie Batgirl figure already, (yeah, I said it. I own a Barbie), so these will fit right in with her. 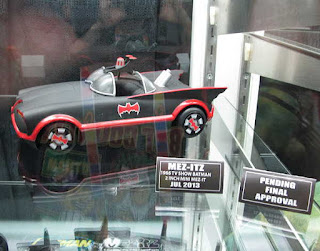 Looks like NECA will be releasing mini Batman figures. Here is a pic of the Batmobile that will accompany it. Sweet! 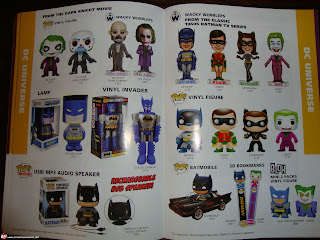 I love Funko Pop figures. I have a couple in my collection. Unfortunately, none of them are of the Batman. While I had planned on changing that this year, it looks like I will be adding some more Pop Figures to the want list. Check out the 1966 Batman line. What I am really drooling over is the Batman/Batmobile Pop. Pretty sneaky Funko for sneaking these beauties on me. 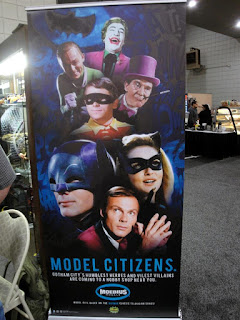 There will also be Ensemble model kits made available from Moebius Models. There will be 6 models on Batcave rocks. When all are assembled will form the Bat Symbol. 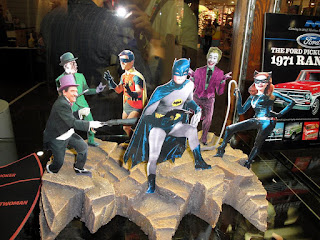 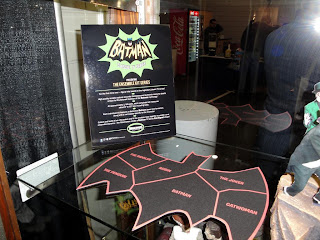 I will probably pass up on these for 2 reasons. I am not very good at assembling model kits and I want to pick up the other stuff more. Especially these other NECA 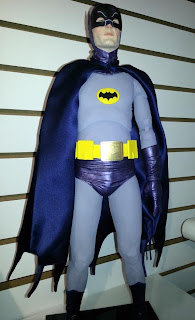 An 18" Batman figure. From what I read, this will have interchangeable hands and, most importantly, will be UNDER 100.00. Yeah, I will be buying this one. Sorry Hot Toys. I believe there is a toy site that already has this for pre-order. 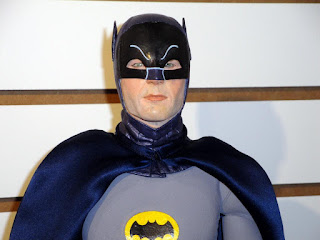 Here's a close up of the face. Pretty good likeness on it. I haven't seen the Hot Toys Adam West yet, but I'm more than OK with this figure for my Bat-collection. 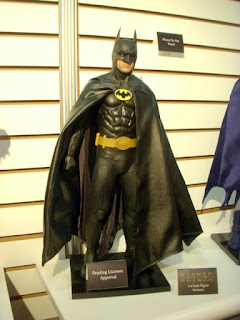 NECA will also be releasing a Michael Keaton 1989 Batman as well. Not sure if this one will be under 100.00 as well. If it is, I will be grabbing it. I can't afford the Hot Toys version, so this will be a more than suitable option.

Guys, I've got to say, I haven't been this geeked out in a long time. I cannot wait until this stuff is released. I'm hoping it will be trickled out over the course of the year so that I won't put myself in the poor house trying to pick up all of this stuff...more so than I already am. I told John from the Batcave Toy Room on Facebook so much for concentrating on vintage alone this year. He told me that it took 47 years to get the licensing for this stuff. It is vintage!

I like the way he thinks.
Posted by Yankeejetsfan at 10:33 PM