Time For Some Sharing 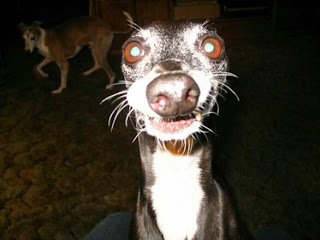 So, the next few weeks, my hauling is going to be limited as I am saving up for another trip to see my honey. Some sacrifices must be made and for now, the toys and goodies will be kept to a bare minimum. Unless I get a real good deal on something or make a trade, then I'm not adding anything new.

Yet, there is still a few reasons why I have that scraggly grin on my geeky face.

I have gotten a few deals recently and made a trade for something I really needed. Plus, I have stuff that I haven't shown off going back to Christmas, so the House Of Swag will still have some goodies to brag about. I'm going to break it down, one piece at a time. Just to drag it out a bit.

So, Let's start with a package I received today.

I had let it be known on some action figure forums I frequent that I am always looking for Batman items. I get an email from a frequent poster that he has a Batman item I might be interested in. He was looking for a Wolverine Famous Covers figure, which I had a loose one that I was looking to trade anyway. We sent pictures of the trade baits and agreed on the deal.

I just hope he likes what he got, because I am loving my end of the deal. 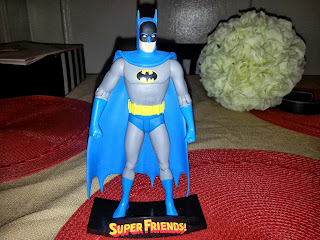 Finally have a DC Direct Reactivated 3 Batman Super Friends figure. I am so thrilled to have this figure in my collection. I have been wanting one of these for the longest time and now I finally have one. 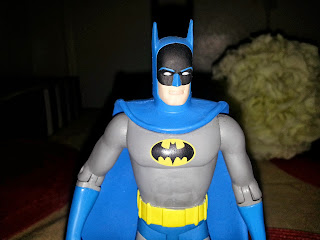 The sculpt on Batman is amazing. It looks like he popped out of an episode of the Super Friends. Very identical to how he looked on the T.V. series. Don't believe me? You be the judge. 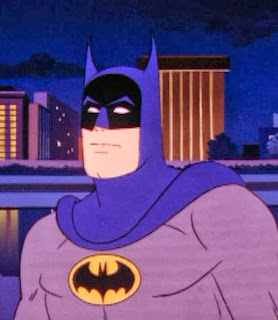 He is also painted in the classic Batman blue and grey with black on the mask and yellow oval Bat emblem on his chest. He even has blue eyebrows. Sweet. 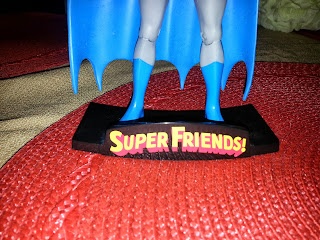 Batman came with a black stand with Super Friends on the front on it. I believe it was painted on. I was looking traces of a sticker, but there was none, which is real cool. 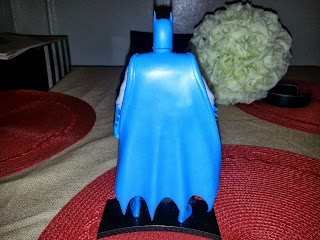 The back of the figure shows a flawless paint job. The cape is made of a rubber plastic that can be lifted up, but has no pose-ability to it, which is fine. I didn't trade for this figure cause I wanted to put the cape in any position. I'm quite happy the it is.

I have to tip my cap off to DC Direct. They did an outstanding job with this figure. When I opened the package and saw the figure I was instantly taken back to my youth when I would curl up in front of the T.V. I had in my room with a bowl of cereal and watch the Caped Crusader battle villains along with Superman, Aquaman, Wonder Woman, Robin, Zan, Jayna and Gleek.

The Super Friends is still one of my all time favorite super hero shows and this figure is already in my top 5 favorite Batman items in my collection. Some people prefer the all black suit Batman or the black and grey suit Batman. Not me. Give me blue and grey suit Batman any day. It's the Batman I grew up with and this is the version I remember fondly. Artists such as Bob Kane, Dick Sprang, Carmine Infantino, Neal Adams and George Perez drew him this way and, like the old curmudgeon that I am, prefer him this way, dagnabbit.

Now, if you will excuse me. I am about to have a bowl of Count Chocula and watch some Super Friends. Here's the opening or you to enjoy.

Posted by Yankeejetsfan at 9:40 PM