Seeing that video in it's entirety, made me think about my collection, specifically, my Batman collection and all the stuff I would like to pick up and add to the collection. Statues, batmobiles, playsets are some of the things I have looked into adding, but for this blog, I am going to keep it to just action figures as they are what I have been looking at on eBay the most...and drooling over.

And because I am pretty lazy, I will list the 5 figures I really want to add to my collection in the near future. I will only list figures that have been previously been released and are affordable to my wallet. As much as I would give my soul for a  Hot Toys Michael Keaton Batman figure, I will be quite happy with the NECA figure I have on pre-order. 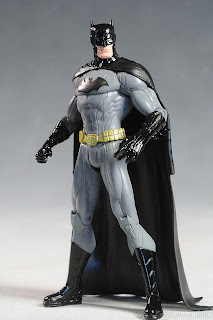 Of all the New 52 DC Titles, hands down, Batman is the best book to read. Some people may say Green Lantern or Justice League would be, but I just happen to love reading the Batman titles. I was afraid that when DC planned this reboot that I would really dislike the direction they were going. I was wrong.Well, at least when it comes to Batman. Loved The Court Of Owls and Death In The Family stories and I eagerly await to read what happens next in the Batman world.

Some people had a problem with the new costumes, but I really didn't. Batman wearing shorts or not wearing shorts in his new outfit doesn't really matter to me. I really like the sculpt on this figure and  look forward to adding it to my collection at some point soon. 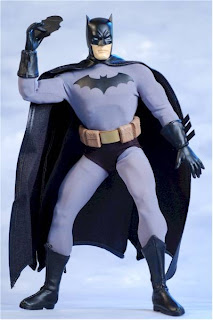 This is one of the more higher end figures on my list, but it is so cool. I have seen this figure in stores when it was released, but the $79.99 price tag always had me backing away from it slowly. Had I known that Hot Toys would be even more expensive and that the price tag for this figure would grow, I would have gladly grabbed it at $80.00. This is what Famous Covers should have been.

Let me piggyback this figure with the one above since they are both 1:6 Batman figures 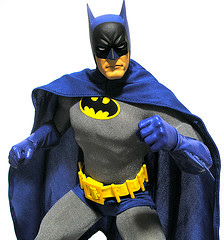 I think I want this one a little more because this is my favorite incarnation of The Batman. It's the one I grew up with in the 70's and 80's and the version I favor the most. 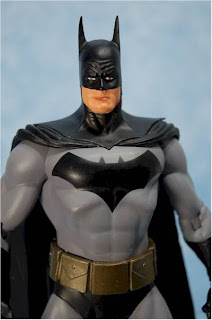 Alex Ross is one of my favorite artists and when I found out DC Direct was releasing a figure based on the graphic novel "Justice", which Ross illustrated, I knew I had to get it for the collection. A few years later, I still don't have it. In my defense, I can never find it and when I do, the price is pretty high. I will add this figure to my collection at some point soon. 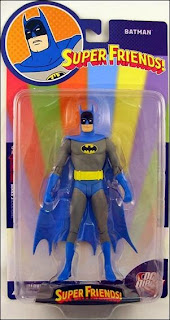 As a kid, The Super Friends was my favorite cartoon and I never missed an episode when it aired on Saturday mornings on ABC. As an adult, I pick up the DVDs when I find them and enjoy a piece of my childhood. This was another of those "I have to have it" figures when I saw it, yet I still have not picked it up. But, I do have more than one option as this figure came solo, in a 2 pack with Scarecrow and in a four figure Batman box set. I have seen the box set and will fork over the 40.00 when I see it again. 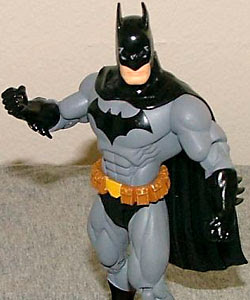 I have always been a fan of Ed McGuinness and I absolutely love this figure based on the graphic novel. The sculpt looks exactly like the way McGuinness drew Batman. I enjoyed the graphic novel, so this figure is also a must for my collection. I should take time this weekend and see if the animated movie is on Netflix this weekend and check it out.

Now that I listed the 5 (o.k., 6) figures I want to add to my Batman collection, it's time to start looking for them before all you guys grab them before I can get my dirty mitts on them. I know I probably won't have a collection as big as the Superman collection stewmurray47 has, but I plan to have fun trying and these 5 figures will be the ones I start with.
Posted by Yankeejetsfan at 12:30 AM